Kelly Grove Racing has been left to mull over solutions to a disappointing first day at the Beaurepaires Tasmania SuperSprint.

Having seemingly made a breakthrough at Sandown where David Reynolds opened the team’s 2021 podium account, the progression did not seem to flow to Symmons Plains today.

Things were particularly tough on Andre Heimgartner’s side of the garage, the #7 driver qualifying just 23rd before both cars were affected by pit lane stalls in Race 6.

All told, Reynolds mustered a recovery to 16th, while Heimgartner finished 22nd and off the lead lap.

“I’ve had more fun getting punched in the face,” the latter said bluntly.

“We were just talking, it was probably one of our worst days for me and Dilan [Talabani, engineer]. It’s just unfortunate that everything didn’t go our way.

“Today we just really didn’t have anything to be honest and in the pit stop the car just switched off and we couldn’t get it started again, it wouldn’t re-engage the gears.

“So it was a really difficult day but Dave had alright pace there so we’ll see if we can learn something off that.

“But yeah, whatever we’re doing with my car at the moment, it’s not working.”

Reynolds described his #26 Penrite Racing Mustang as “the no-go-mobile in pit lane” following his diabolical stop. 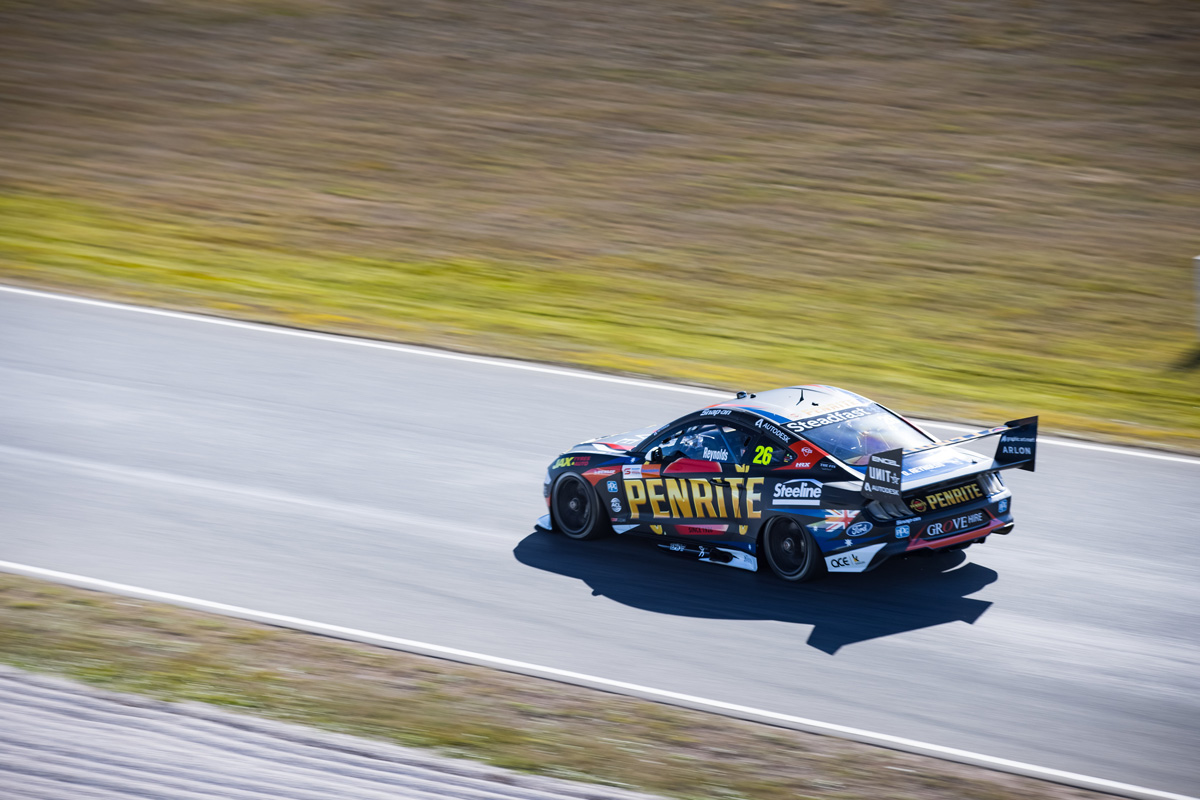 “We pitted early, tried to undercut people; I came into the pit lane and just stalled,” said the 2017 Bathurst 1000 winner.

“My thing I think is slightly different to Andre’s but both of the cars stalled in the pits which is not good.

“It took me about 30 seconds to get going and then I drove on, but my car was really good. My car pace was amazing, it was probably the best of the year.”

The KGR duo weren’t the only drivers to face such an issue, with Team Sydney’s Fabian Coulthard also losing a chunk of time due to stalling in pit lane.

Even despite the tough outing, Reynolds and Heimgartner are still perched eighth and ninth in the drivers’ championship.

A further two races will take place tomorrow, each with a maximum of 105 points (including five bonus points for fastest lap) available to any one driver.