De Pasquale: DJR has ‘a long way to go’ to catch T8

De Pasquale: DJR has ‘a long way to go’ to catch T8 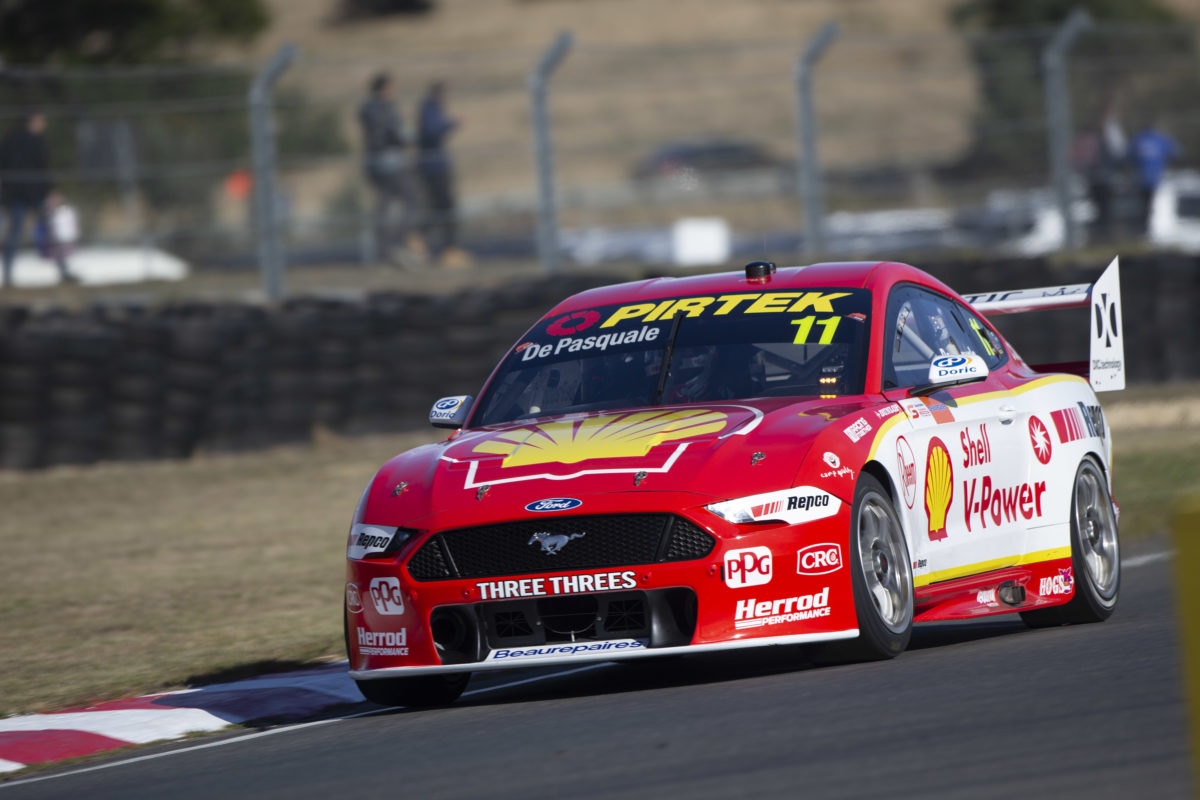 Anton De Pasquale says that Dick Johnson Racing has “a long way to go” to catch Triple Eight Race Engineering after getting his first podium for the Ford team.

De Pasquale finished third in the opening race of the Beaurepaires Tasmania SuperSprint, his sixth race for DJR since the move from Erebus Motorsport in the last off-season.

However, the race also saw Triple Eight bag its first one-two of the campaign as Shane van Gisbergen remained unbeaten all the way back to the 2020 finale.

“I wouldn’t say [the winning streak is] worrisome – it’s only Round 3 – but we’ve still got a long way to go,” said De Pasquale.

“This is our first podium with Shell V-Power Racing, so we’ve got a few more to go before we’ll be happy and we’ve got to beat these guys a few more times before we start thinking we’re in contention.

“They’re obviously very dominant at the moment, so we’ve got to do a lot of work, but we’re still fresh to the team and still getting better and better every round.

“I wouldn’t say [it is] worrisome, but they’re obviously keeping us on our toes and making us work pretty hard for it.”

De Pasquale crashed out of third position in the early laps of Race 1 of the season and while he missed the rostrum in the following four races, he believes such results were possible.

Now that he has one in the bag, the 25-year-old is aiming to be a consistent presence on the podium with his Shell V-Power Mustang.

“I probably should have got a podium in the first race of the year and threw that away, so we’ve been there, thereabouts,” he observed.

“We haven’t been in contention to win anything yet but podium’s been realistic every race.

De Pasquale ran in sixth spot in Race 6 until the start of the pit stop cycle, during which he jumped three drivers including team-mate Will Davison after a slow tyre change for the #17 Mustang.

Chaz Mostert, who had run fourth early on, could have been a threat to Car #11 but that never really materialised and the former DJR driver took the chequered flag a spot behind its latest young star.

“I had a pretty good start, picked off a few,” recounted De Pasquale.

“Then once we came out of the pits in front of Will with a bit of clean air… I knew he was in podium contention, had a bad stop, so then I knew I was in for one.

“The [tyre] deg[radation] was really good with the cloud cover and everything at the end, so once all that sort of happened and the car was quite good, we knew we were in for a podium.

“Then Chaz was coming and then faded off a bit, so it was all good.”

Davison wound up fifth, having ceded a spot to Mostert on Lap 27 of 44, but was looking on the bright side.

“We’ve been competitive from the outset, rolling out of the truck strong.

“To qualify only a hundredth off the front row was a really positive sign and just reinforces how tight the margins are here at Symmons Plains.

“All-in-all, the race was pretty encouraging. Although the ultimate result was a little disappointing because we lost a little bit in the stop, our strategy and race pace was good which is promising for tomorrow.”

A pair of qualifying sessions to set the grid for Races 7 and 8 kick off tomorrow from 10:45 local time/AEST.