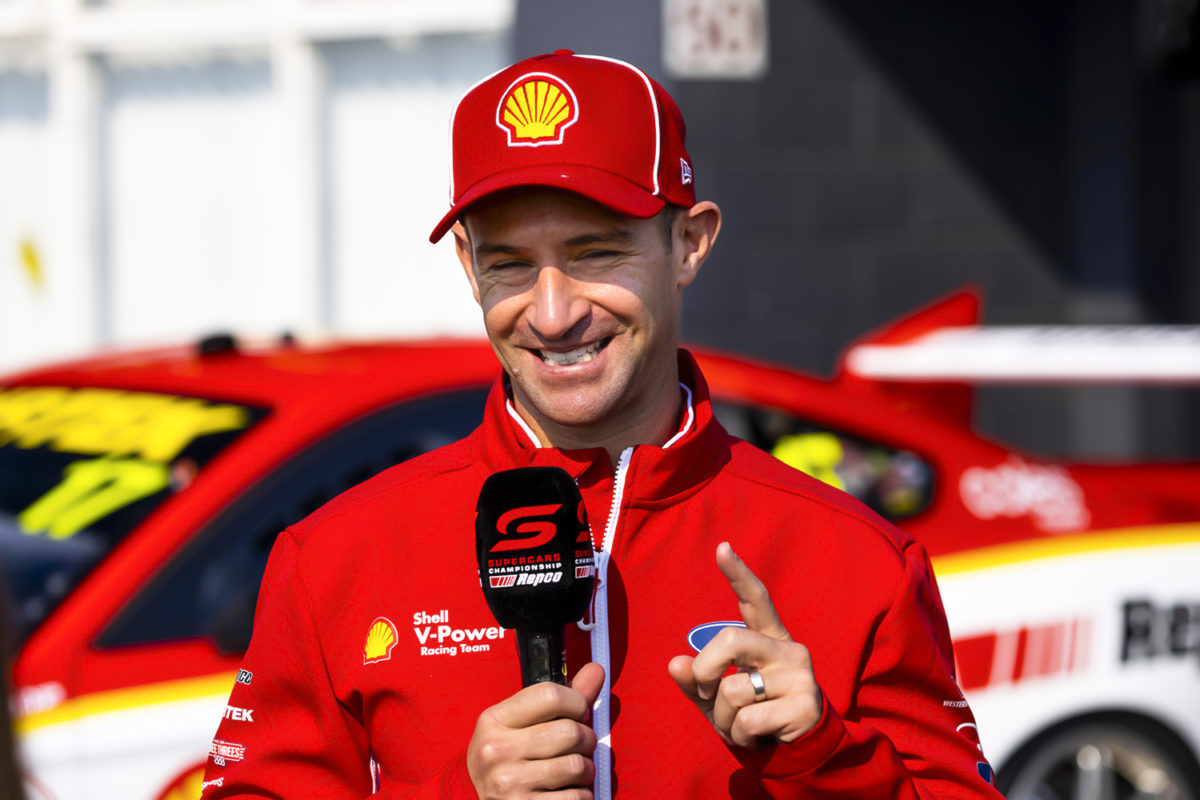 Will Davison says Practice 1 at Symmons Plains Raceway this morning is the first time he has felt at one with his Shell V-Power Racing Team Ford Mustang.

Having spent the bulk of 2020 on the sidelines Davison joined Dick Johnson Racing for this season, a team synonymous with podiums and wins thanks to IndyCar-bound Scott McLaughlin’s success in recent years.

With two rounds in the books, Davison has bobbed around in the top 10, with a best finish of third to his name at the Mount Panorama 500.

The 38-year old has been working hard on acclimatising himself with the Mustang, but finally felt at one with the car as they rolled out for opening practice at the Beaurepaires Tasmania SuperSprint.

He finished the session in second position, 0.0048s off the pace of Cameron Waters, a positive sign for the weekend ahead.

“Bit by bit we’re just getting more familiar with the car. It’s the first time we’ve gone out in practice and I’ve actually felt connected to the car straight out of the gates,” he said after the session.

“We’ve ended up qualifying well the first two events but we haven’t been using practice too well because we’ve just been getting familiar with the car and it sometimes takes a few runs to mesh.

“I knew after Sandown I really came a long way in feeling a part of the car.

“[This morning] out the gate car felt really nice, I felt a part of it, I felt like we could sort of lay a number down real quick and then get into our programme much earlier than we’ve been doing the last few events.”

Davison says his DJR team is progressing in leaps and bounds each weekend, but the driver’s “chemistry” within the car is just as critical to unlocking lap speed.

“I’ve got full faith in where the car is but we’re always trying to move forwards as well,” he added.

“We’re trying to learn the car and the team is trying to move the car forwards; it’s standard familiarisation with the driver and team and trying to get that chemistry right.

“Never been anything but positive, I’m loving it; bit by bit and I’m more confident.

“I’ve just been counting down the days to get here (Symmons Plains) because I can feel how good the car is, but it’s just about being able to execute when it matters, I suppose.

“I’ve got no doubt we’ll do that hopefully this weekend but I’m sure on many occasions this year.”