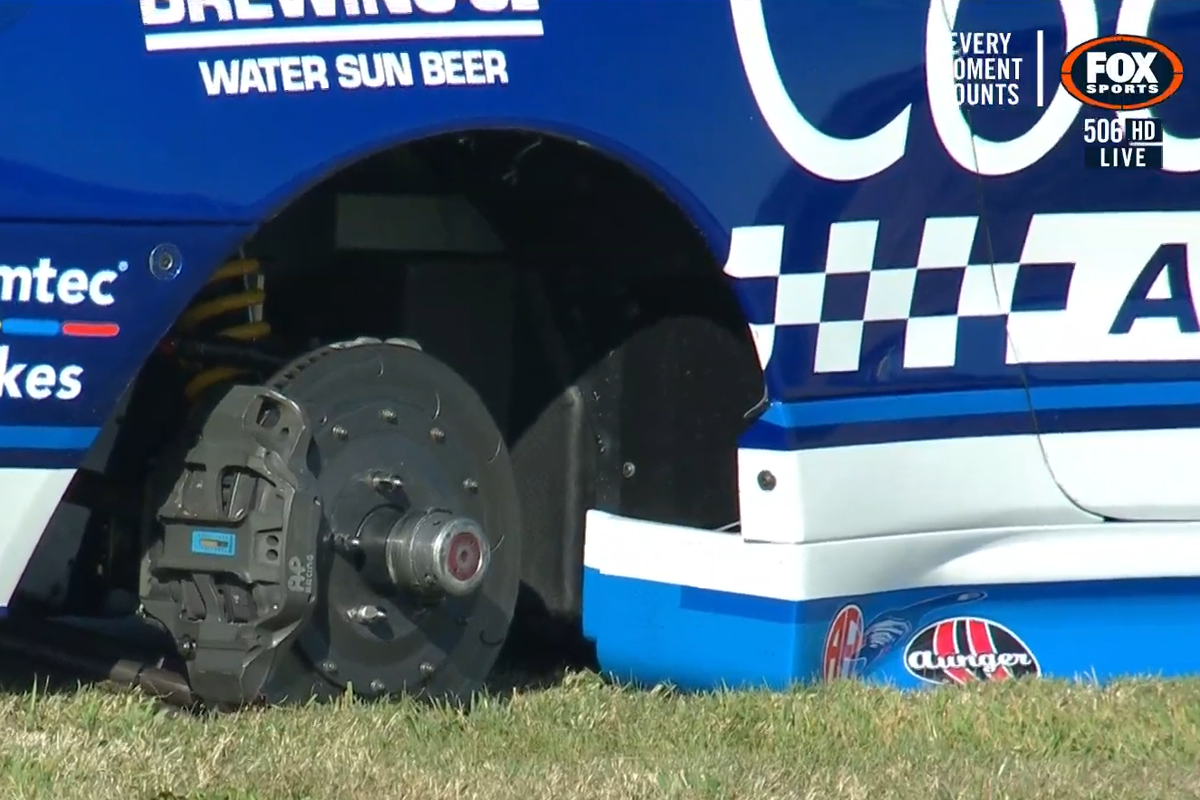 The Blanchard Racing Team has been slapped with a $3000 fine for not properly securing a wheel during the Beaurepaires Tasmania SuperSprint.

The Red Flag was brought out early in Practice 1 at Symmons Plains International Raceway, Slade stopping on approach to the pit entry when his right-rear wheel parted company.

As a result, the Blanchard Racing Team crew members went out onto the track to recover the rogue wheel and fit the Ford Mustang with a new one.

“The Stewards imposed a Fine on Blanchard Racing Team in the sum of $3,000 (of which $1,500 is suspended until 31 December 2021) for a breach of Rule B6.5.6.1 (negligent omission), after the Team released Car #3, Tim Slade, at the commencement of the Session with the rear right wheel not properly secured,” read the stewards report.

“That wheel dislodged from Car #3 on the circuit causing a Red Flag.”

Slade would struggle in Qualifying, ending the session down in 21st.

Race 6 saw Slade make contact with Bryce Fullwood, an incident that he would avoid punishment for.

The CoolDrive AutoParts-backed pilot would go on to finish 17th.