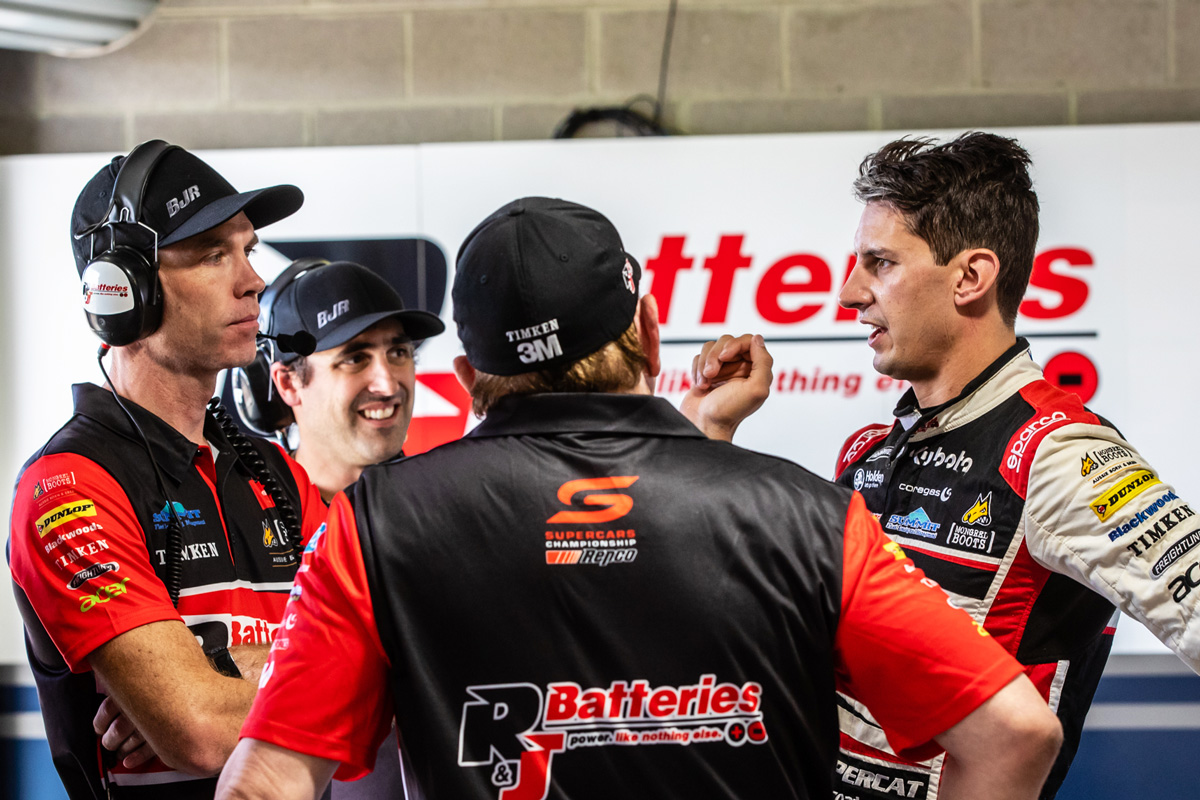 Nick Percat says something is not right on his car having struggled with a braking issue that has led to the torture of three tyres at the Beaurepaires Tasmania SuperSprint.

Percat ended qualifying way down the order having been knocked out early on and will line up for Race 6 in 19th position on the grid.

TV pictures captured the Brad Jones Racing driver in the midst of an animated conversation with his long-time race engineer, Andrew Edwards, after the session.

Percat said he can’t pin down what is going on, but indicated it might be to do with brakes after flat-spotting three tyres down to the canvas.

“I’m not sure what’s happening, I think I’ve worked with AE [race engineer] now for four years and I’ve not locked a front,” said Percat.

“Something is going on because since Practice 2 every time I push the brake pedal I’ve put three tyres down to canvas now. It’s pretty rare that happens.

“Big afternoon ahead. Not ideal but hopefully we get the R&J Batteries car to the front and get it back, put it on the patch and see what’s going on.”

The 32-year old wasn’t too optimistic about the race given the condition of his tyres but said the team will try to come up with something to propel them up the order.

“The issue now is I’ve got two flat-spotted tyres in my bank and with the way the weekend works we’re limited on how many tyres we’ve got, so I’ve probably hurt any funky strategy we can do,” he explained.

“We’ll have to see what we can muster up. Generally, our car is very good on the longer runs so you might see Car #8 go longer I imagine.”

Another driver to have troubles in qualifying was Bryce Fullwood who was also knocked out in the first phase of qualifying and wound up 22nd overall.

“Look, I’m not pleased. I feel like we should be a fair bit further up than we are,” Walkinshaw Andretti United’s Fullwood said.

“It’s been a struggle today, to be honest, obviously the format with the way that it is, when the car doesn’t roll out pretty close it’s very challenging to get on top of it.

“We’re trying hard but the speed just isn’t there at the moment so we’re got to go back to the drawing board I think.”

Asked what is giving him trouble, Fullwood had a simple but humorous explanation.

“That’s kind of the problem we’re dealing with. Both (corner entry and exit).”

Teams have a tight turnaround with Race 6 scheduled for a 16:25 AEST start.