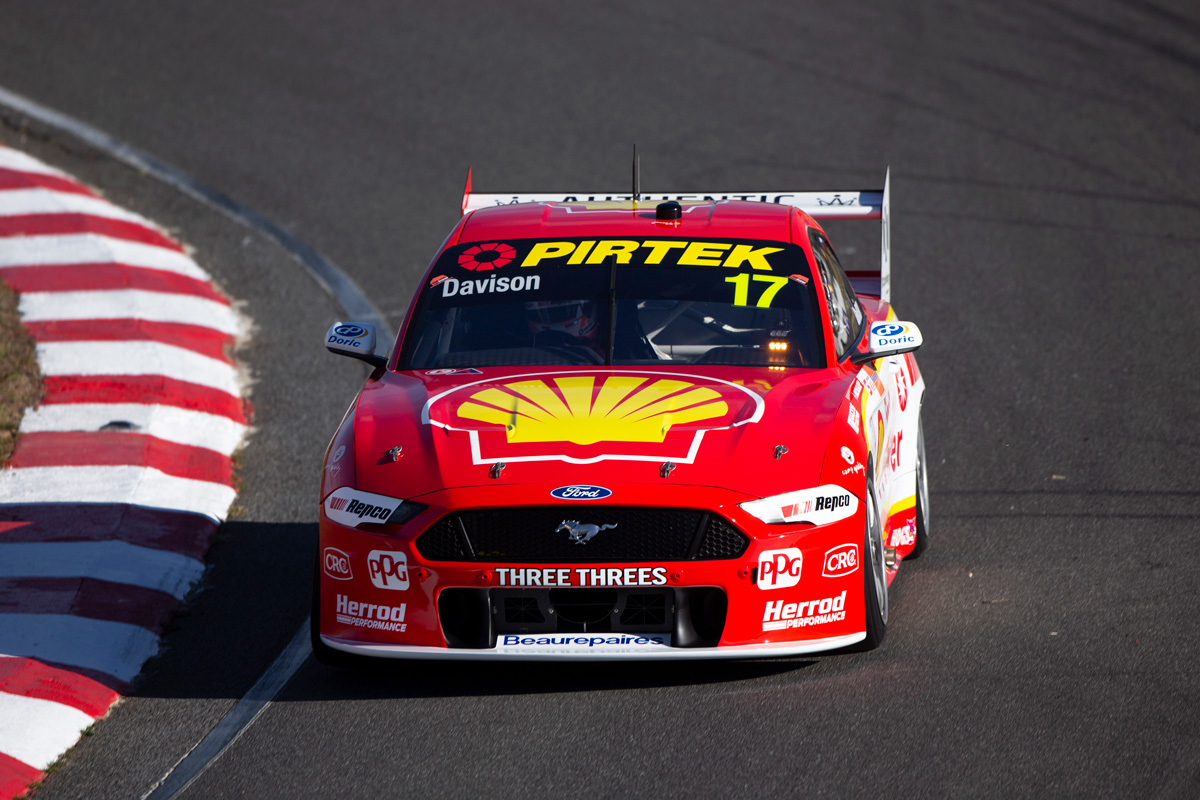 The #17 Mustang that Ambrose will drive

Marcos Ambrose will be reunited with the iconic #17 Ford entry of Dick Johnson Racing with a cameo appearance behind the wheel at Symmons Plains tomorrow.

Ambrose’s last competitive outing in Supercars came in 2015 as a co-driver to Scott Pye in the #17, having stepped back from full-time driving at DJR Team Penske after that season’s Australian Grand Prix event.

A guest member of the broadcast team for the Beaurepaires Tasmania SuperSprint this weekend, the 44-year-old immediately admitted during Practice 1 a desire to have a steer of a modern-day Supercar.

It won’t take long for that wish to be met, with Ambrose having a crack in Will Davison’s Shell V-Power Racing Mustang tomorrow morning.

“I’ve been back in the garage less than 12 hours and you’ve got me driving a car already!” Ambrose said on the broadcast.

“Tomorrow morning I’ll go out and drive Will Davison’s #17 Shell for DJR.

“I’m going to talk you around a lap here. I’m going to try to find a helmet tonight, we’ve got a CAMS licence somehow as well.”

Save for three solo events and a trio of race weekends co-driving, Ambrose has done little Supercars driving since departing for the NASCAR scene at the end of his 2005 campaign with Stone Brothers Racing.

The Tasmanian is a two-time Supercars champion, having taken the crown in both 2003 and 2004.

Official Supercars action will return tomorrow from 10:45am AEST for qualifying, ahead of two afternoon races.