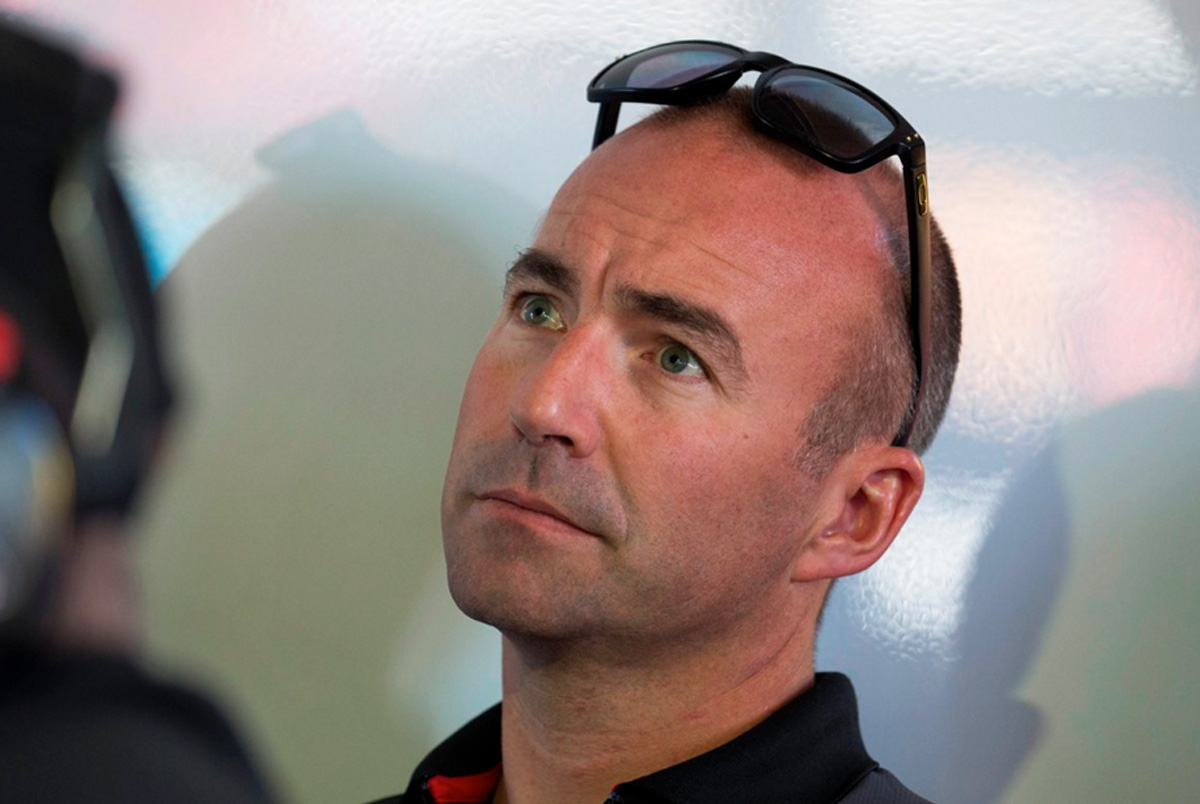 Marcos Ambrose has flagged interest in getting behind the wheel of a modern-day Supercar after watching drivers in action during opening practice at Symmons Plains.

The two-time Supercars champion is a special guest of the broadcast team this weekend for the Beaurepaires Tasmania SuperSprint, and keenly observed Practice 1.

“I was just watching these cars – they were really moving around a lot more than I expected just with this single spring rule now, you can really see the cars get some attitude over the hump here coming into the Turn 1-2 section,” he said during the telecast.

When asked if what he’d seen makes him want to drive one of the Mustangs or ZB Commodores, Ambrose replied, “It kind of does!

“I didn’t want to say it on the record, but man oh man, the cars look beautiful and the track is in great condition.

“I’ve got that little twinge, but I’ve got to accept defeat, I think.”

Ambrose won the 2003 and 2004 Supercars championships with Stone Brothers Racing before heading to the United States to pursue a career in NASCAR.

He briefly returned to Supercars with Dick Johnson Racing/DJR Team Penske for the 2014 finale and 2015 opener before pulling the plug (albeit later co-driving in the ’15 endurance season) and has not returned to the category since.

A race winner at Symmons Plains, the Tasmanian product believes the weekend ahead could bring record times.

“We might see the lap record get broken this weekend, the track conditions are fantastic and it’s nice, cool weather,” he said.

“But these cars are really ripping around this track here – it’s a technical track and the drivers must be really busy out there.”