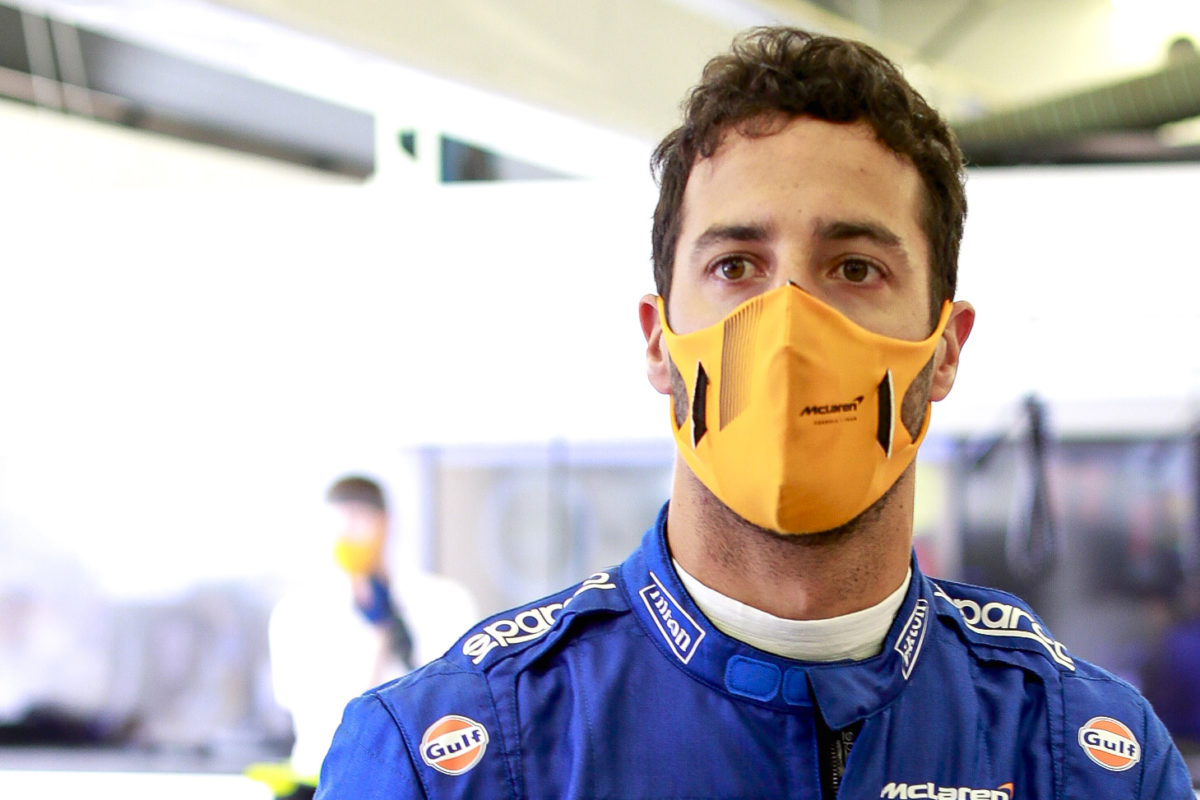 The Australian has been outspoken regarding the way the sport portrays itself, specifically the glorification of crashes.

In an interview with Square Mile, a UK lifestyle magazine, he was critical of the content the sport had produced.

“I think last year, F1 put on their social channels, like a top 10 moments of the year or something, and eight of the 10 were crashes,” he said.

“I was just like, you guys are f**king idiots.

“Maybe 12-year-old kids want to see that kind of content, and that’s cool because they don’t know any better, but we’re not kids. Just do better, guys. Do better than that.”

Speaking in Imola ahead of this weekend’s Emilia Romagna Grand Prix, Ricciardo has backtracked slightly from those remarks.

While still firm in his opinion that the sport should not be glorifying crashes, he acknowledged that his choice of words could have been better.

“I’ve certainly got to be better with my choice of words,” he admitted.

“I certainly, if I could, take that quote back… It was too aggressive.

“I should know better as well being in the sport probably as long as I have,” he added.

“Even if I feel at the time, it might be out of context, I know that it’s going to get pushed, and so I should do better with that.

“I’m not denying I said it but the tone doesn’t always get shown as maybe it was in that moment.

“And it could just be me as well; sometimes I might just get too comfortable with whoever is conducting the interview and I might just take it a little lightly.”

It’s not the first time Ricciardo has been critical of how the sport has covered itself.

He was vocal regarding television coverage of Romain Grosjean’s fiery crash in the Bahrain Grand Prix last year, and subsequently met with F1’s director of communication and marketing regarding the matter.

In 2019, he called the TV coverage a “joke” after it missed a late-race stoush between himself, Lando Norris, Kimi Raikkonen, and Nico Hulkenberg at the French Grand Prix.

“I felt last year was such an amazing year for F1”, Ricciardo reasoned.

“There were so many different podium getters, there was a lot of exciting races, I certainly wouldn’t put it under a boring season.

“And I just felt like there was probably more room to expose the highs of the sport, and the great achievements of a lot of individual drivers and individual performances.

”Whether some spectacular overtakes, I felt like there was better stories to be told, as opposed to just crashes.

“This is obviously my opinion, but I feel our sport is better than that; I feel like we’re better than just showing crashes.

“I feel like we are the most talented drivers in the world and we’re driving these amazing cars, so, normally, a crash is showing less of our talents.

“We absolutely make mistakes but I would probably highlight the highs more if I had creative control.

“I’ve apologised, I would obviously take back at least the language from those comments, but that was overall my opinion of what I would do if I had a chance to direct it a little bit.”