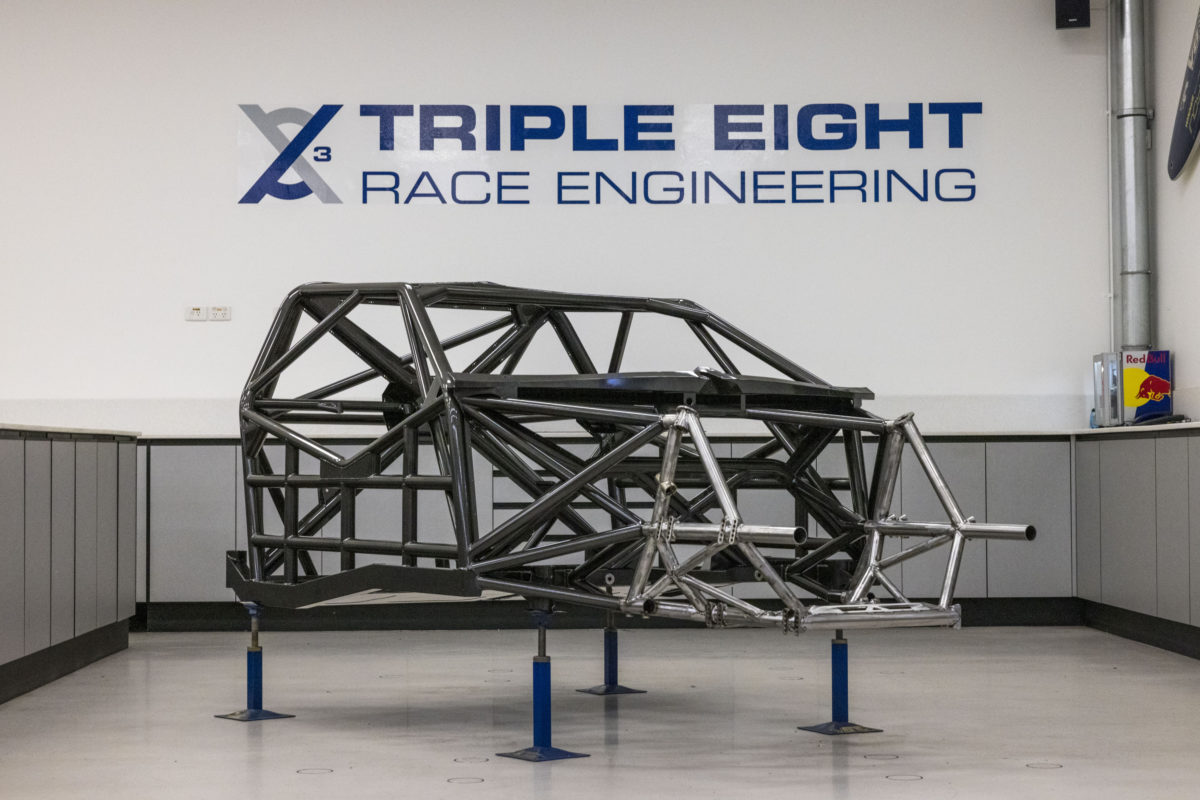 The photographs show a painted base chassis to which all other componentry and bodywork will eventually be attached.

Gen3 is set to be introduced in competition next year, bringing an end to the Car of the Future (COTF) era (and its Gen2 subset) which took effect in 2013.

With the Chevrolet Camaro to replace the Holden ZB Commodore, and the Ford Mustang to be more faithful to the shape of the street version, cars will be around 100mm wider and 100mm lower in height than their predecessors.

The latter is particularly evident in the shape of the chassis pictured, which has a noticeably lower roll hoop than a COTF vehicle.

It was, of course, the height of the roll hoop which led to the current Mustang’s polarising appearance and dissuaded Walkinshaw Andretti United from seriously pursuing the Camaro in Gen2 form.

Supercars is now promising “more road car design” in Gen3 due to the shape of the chassis, matching the promise in October last year that they would have the same “key panels and glass” as the corresponding road cars.

The bottom of the new-spec chassis is also higher around the A-pillar than at the B-pillar, which would seem to be a function of the move to make the car ‘hybrid ready’.

A cavity will be left towards the front of the chassis for a battery pack, with the exhaust to now exit near the A-pillar, in order to create the option for hybrid propulsion at some point in the future. 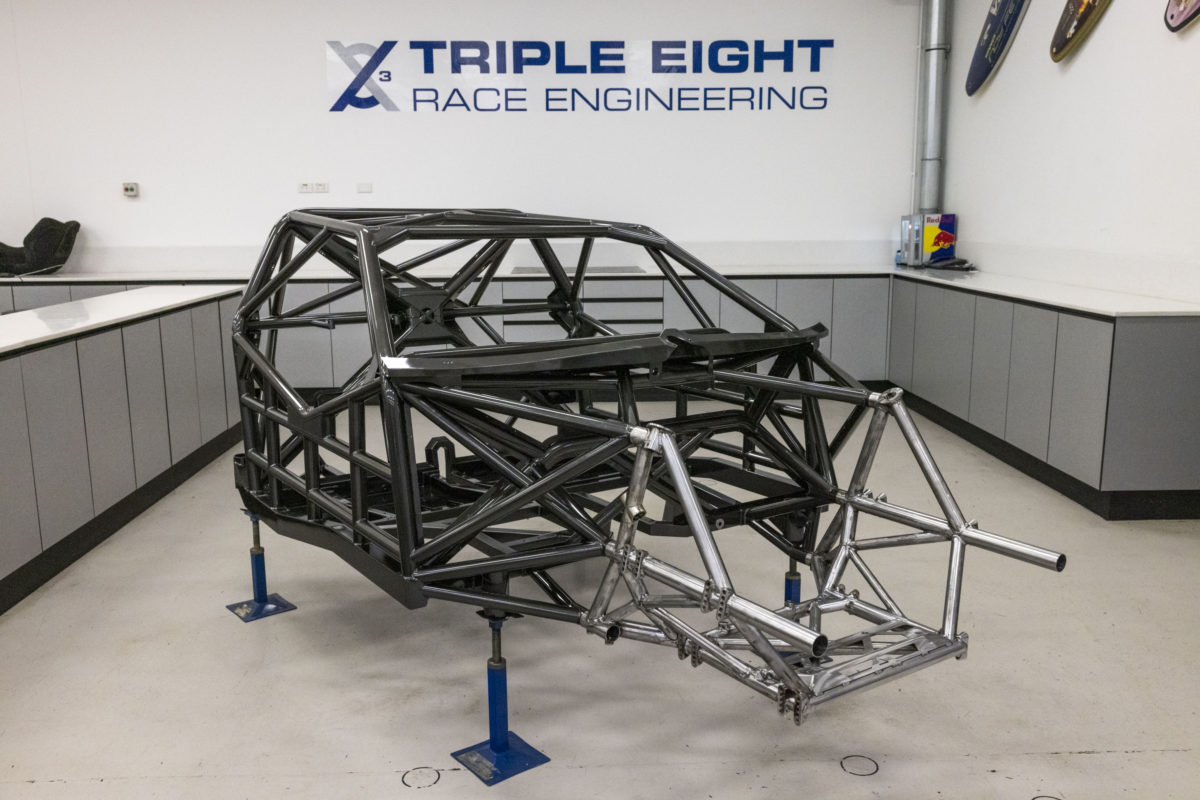 An alternate angle of the chassis

In terms of crash-related features, the front and rear sections of the chassis are removable, which should expedite repairs after minor prangs and therefore keep cars on the track more often.

Furthermore, the driver will be seated even further away from the door, and there will be a small, GT3-style hatch for medical crew access.

Fuel capacity will go up 25 litres, Supercars has advised, representing an increase of more than 20 percent relative to the current 111 litres.

Triple Eight and Dick Johnson Racing continue as the homologation teams for the General Motors marque (currently Holden and soon to be Chevrolet) and Ford, respectively, under Gen3.

They have therefore been working with Supercars’ own Gen3 committee on the project, on which the championship’s CEO, Sean Seamer, is understood to have taken the lead in recent weeks.

As yet, there is no confirmed date for prototypes to hit the circuit.

Seamer had advised selected media, including Speedcafe.com, in February that the timeline then was a track debut “in the middle of the year”. 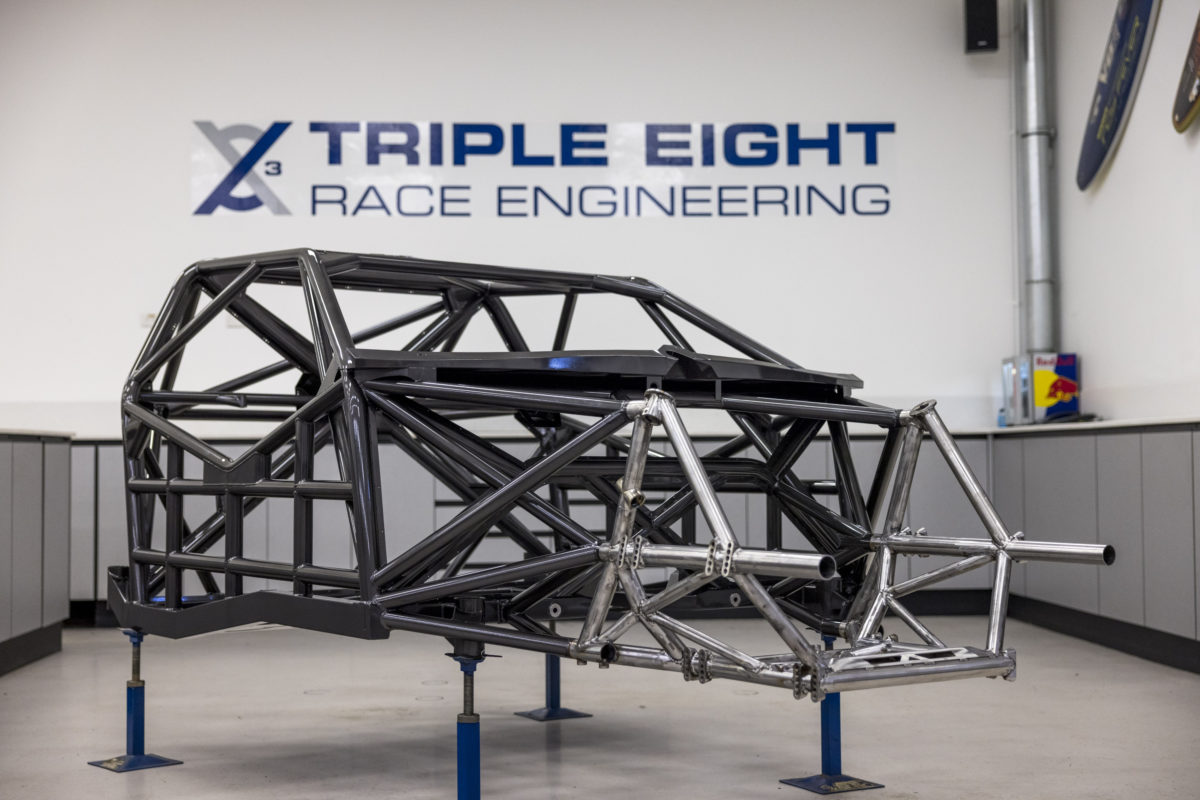