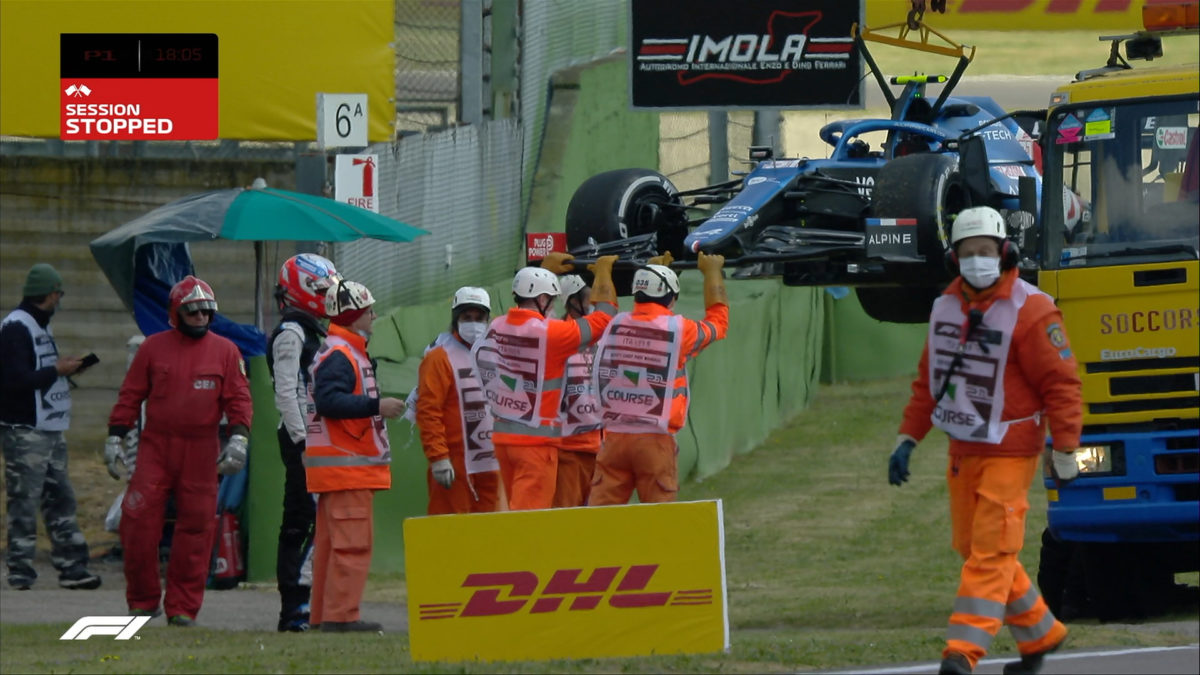 Esteban Ocon and Sergio Perez will front the stewards following a bizarre incident during opening practice for the Formula 1 Emilia Romagna Grand Prix.

Telemetry and television issues meant little is known on how the pair appeared to come together in the second half of the 60-minute practice session.

Perez was left with a deflated left-rear tyre and Ocon with damage to the front-right of his car.

With both the Red Bull and Alpine parked at the exit of Variante Villeneuve, race control displayed the red flag before confirming that both would be required to front the stewards post-session.

Speaking with Sky Sports, Christian Horner suggested the incident was a result of Perez on a hot lap coming across a slow moving Ocon.

That was based on a conversation he’d had with Perez, but not having seen the incident himself.

“It sounds like Ocon was, obviously, on a slow lap, Sergio was on a flying lap, and there’s been contact between the two guys into that corner,” he explained.

Contacted by Speedcafe.com, a spokesperson for Alpine acknowledged the incident and that both drivers had been summoned to discuss it with the stewards.

Once the two cars were cleared the session was able to restart with Valtteri Bottas fastest from Lewis Hamilton and Max Verstappen.

Free Practice 2 for this weekend’s race begins at 22:30 AEST.