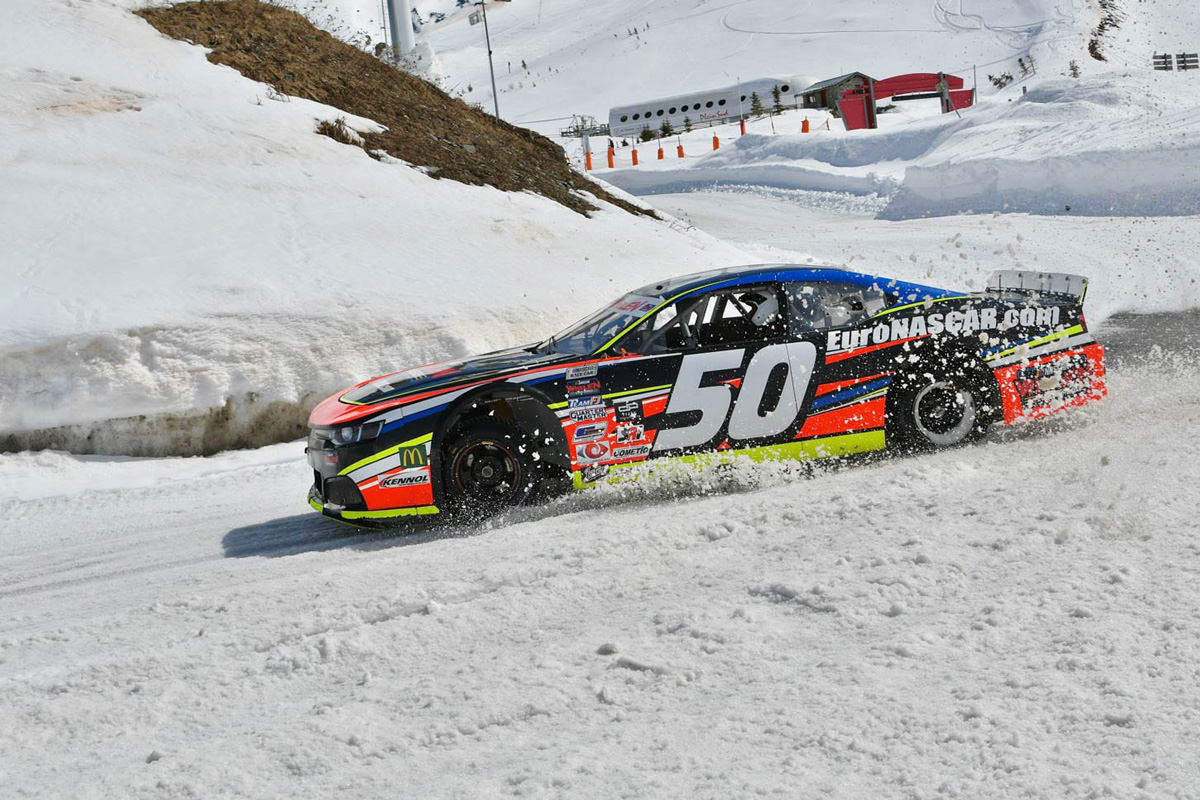 NASCAR has ventured onto an ice track

NASCAR has dipped its toes into the water of yet another surface change, taking to an ice track.

It’s been revealed NASCAR Whelen Euro Series president and CEO Jerome Galpin jumped behind the wheel of a car on March 26 in the snow at Val Thorens, a ski resort in eastern France.

Equipped with studded tyres for a full day of testing, Galpin reported a successful outing.

“That was super fun! To be honest we didn’t expect this first test on ice to go so well,” he said.

“The EuroNASCAR car has a great balance, so it is very easy to swing around on the ice.

“It is probably among the most versatile race cars ever built, able to race on every track and every surface, in every condition. 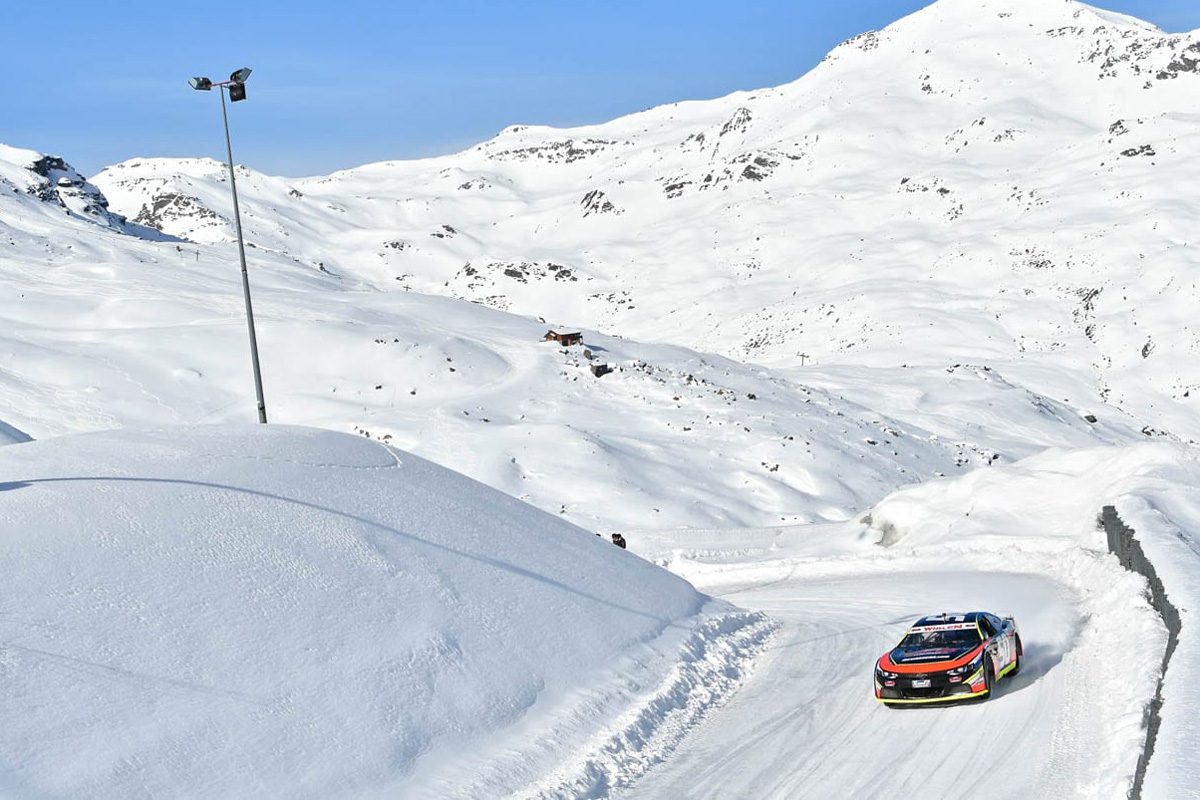 The full-day test was held at Val Thorens in France

“The level of performance is also pretty impressive: with only one day of testing, we were able to set one of the fastest times around the track for a rear-wheel-drive car.”

The test follows the NASCAR Cup Series in America racing on dirt for the first time in more than half a century, at Bristol Motor Speedway last month.

Galpin said the test will “open up new horizons and spark new ideas”.

“We have to see what’s the next step but for sure this was a very special day,” he added.

“It doesn’t matter the surface you drive on, the shape of the track or the kind of driver you are: the Pure Racing character of the EuroNASCAR car is contagious and you will not want to stop driving it!” 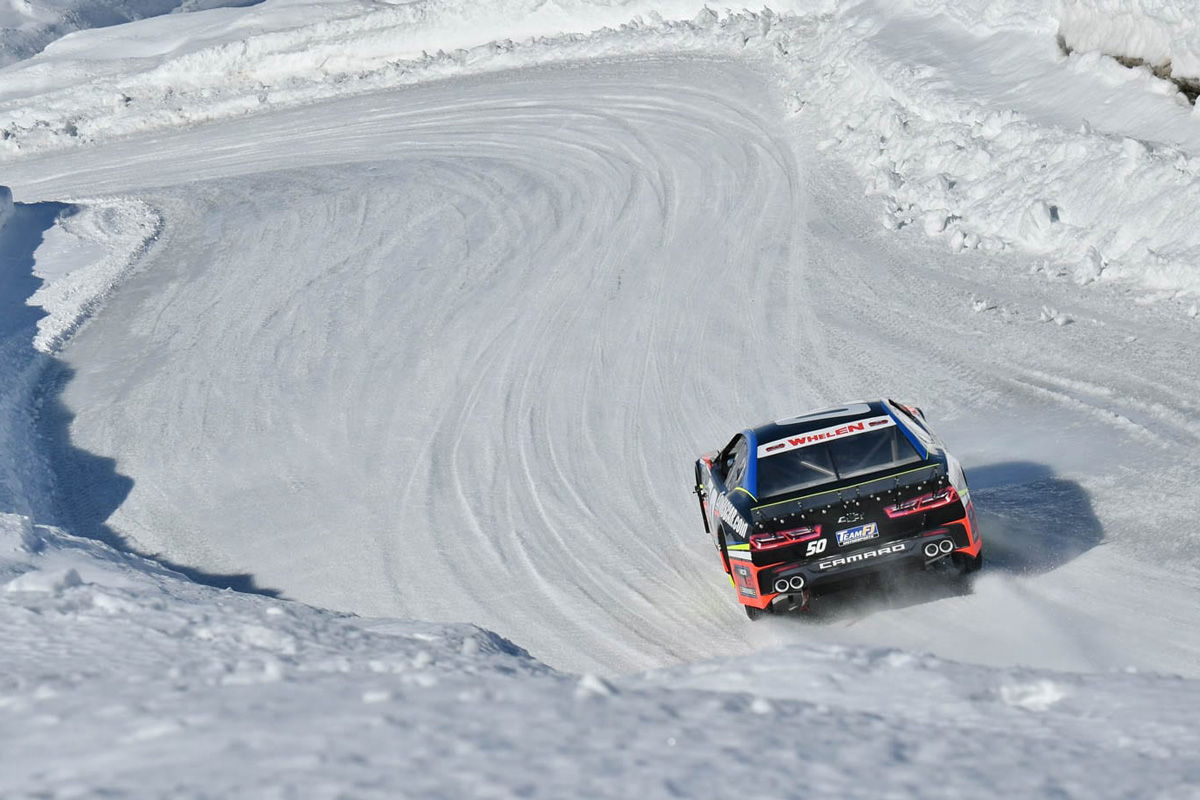