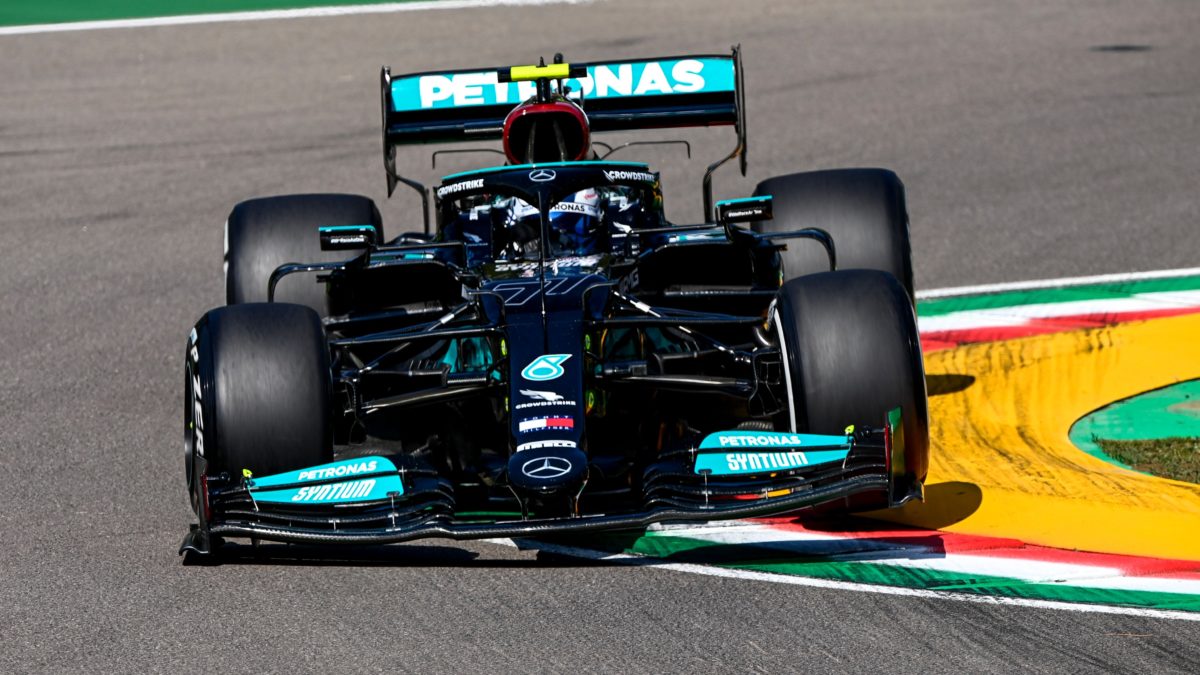 Valtteri Bottas topped Free Practice 1 for the Formula 1 Emilia Romagna Grand Prix by less than a tenth of a second over Lewis Hamilton and Max Verstappen.

The second came as the hour of running ended, Nikita Mazepin clouting the wall on approach to pit entry with the chequered flag out.

It was an eventful session with a number of drivers overstepping the limits.

An early yellow flag was triggered when Perez lost control of the Red Bull at Tamburello just moments into the session.

Mazepin was also a spinner, dropping the Haas at Rivazza some five minutes into proceedings.

Yuki Tsunoda was another of those to tour the scenery, the Japanese driver dropping the AlphaTauri at the Tamburello chicane.

A quarter of an hour in, Carlos Sainz had moved the benchmark on to 1:17.682, just under 0.2s quicker than Hamilton.

The early phase of the session was busy; Sainz chalking up 10 laps inside the opening third of the session, as had Bottas, Sebastian Vettel, and Antonio Giovinazzi.

Only Fernando Alonso and Charles Leclerc had not set a representative lap time, though both had been out on circuit on multiple occasions.

The Frenchman then went fastest, shaving 0.3s off his previous best to rise above Sainz at the top of the timing sheets.

In the Mercedes garage, the team was paying attention to the front left corner of the Finn’s W12 midway through the session.

Verstappen bounced through the gravel at the apex of Tamburello, the Dutchman sitting fourth with a 1:17.909 after 30-minutes while on a set of hard compound tyres.

Hamilton also had an off, leaving the road at Variante Alta before rejoining. 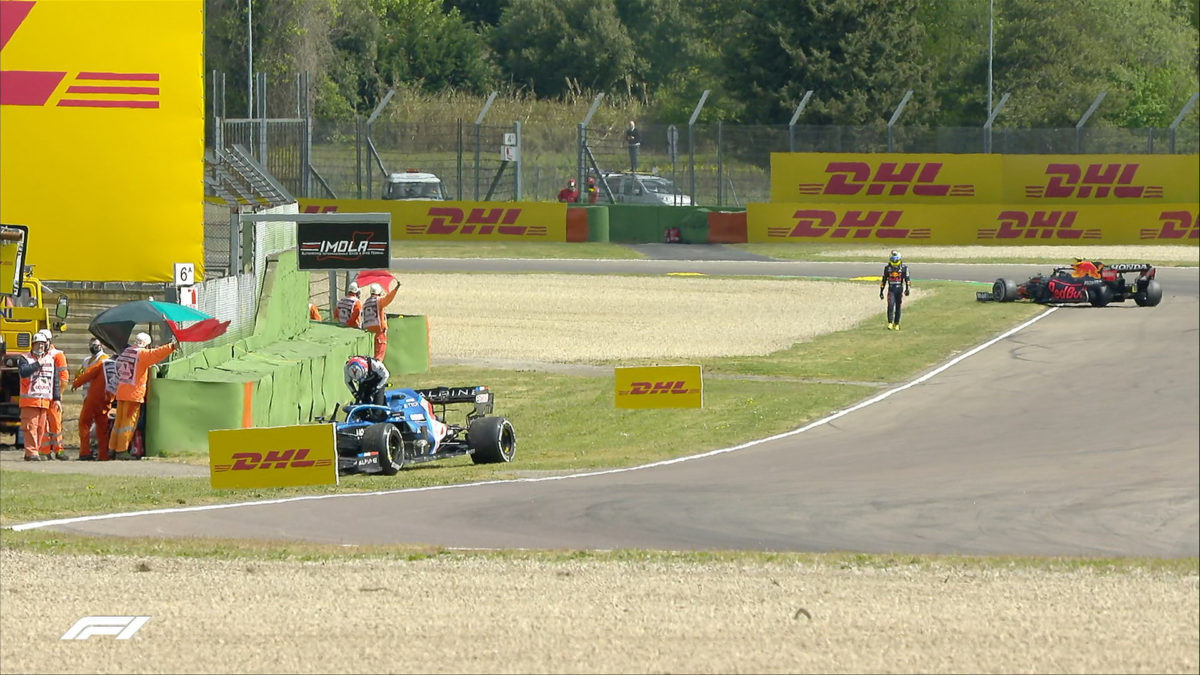 The Mexican climbed out of his Red Bull, which sported damage to the left-rear wheel, with 21-minutes to go.

Having climbed out himself, Ocon examined the front right of his Alpine.

The respective damage suggested contact between the two; either Perez turning in on Ocon having not cleared the Frenchman, or the Alpine driver tagging the rear of the Red Bull.

Under the red flag, the clock continued to count down, the session resuming with 14 minutes left to run.

Alonso headed back out on a set of soft tyres, the Spaniard sitting in 16th with 15 laps to his name at that point.

In the closing minutes of the session, Nicholas Latifi lost the rear of his Williams, leaving the road at the first Rivazza before rejoining the road and carrying on.

With little more than five minutes remaining, Hamilton went fastest with a 1:16.892, 0.017s clear of Leclerc as Sainz dropped to third.

That became fourth when Bottas recorded the third best lap – he’d been on for a faster time before catching traffic.

Times continued to tumble despite the circuit being busy with traffic, Hamilton recording a 1:16.605 only for Bottas to edge him by 0.041s.

Third fastest as the chequered flag fell was Verstappen, 0.058s away from Bottas, with Leclerc fourth.

Ending proceedings was Mazepin with his second moment of the session, spinning the Haas and tearing the front wing off on approach to the pit lane entry.

The Russian had dropped a rear wheel into the gravel exiting Rivazza, which fired him off the road and into the wall.

Though the chequered flag was out, it saw officials hang the red flag, leaving Bottas fastest from Hamilton and Verstappen.

The second 60-minute qualifying session of the day begins at 22:30 AEST.