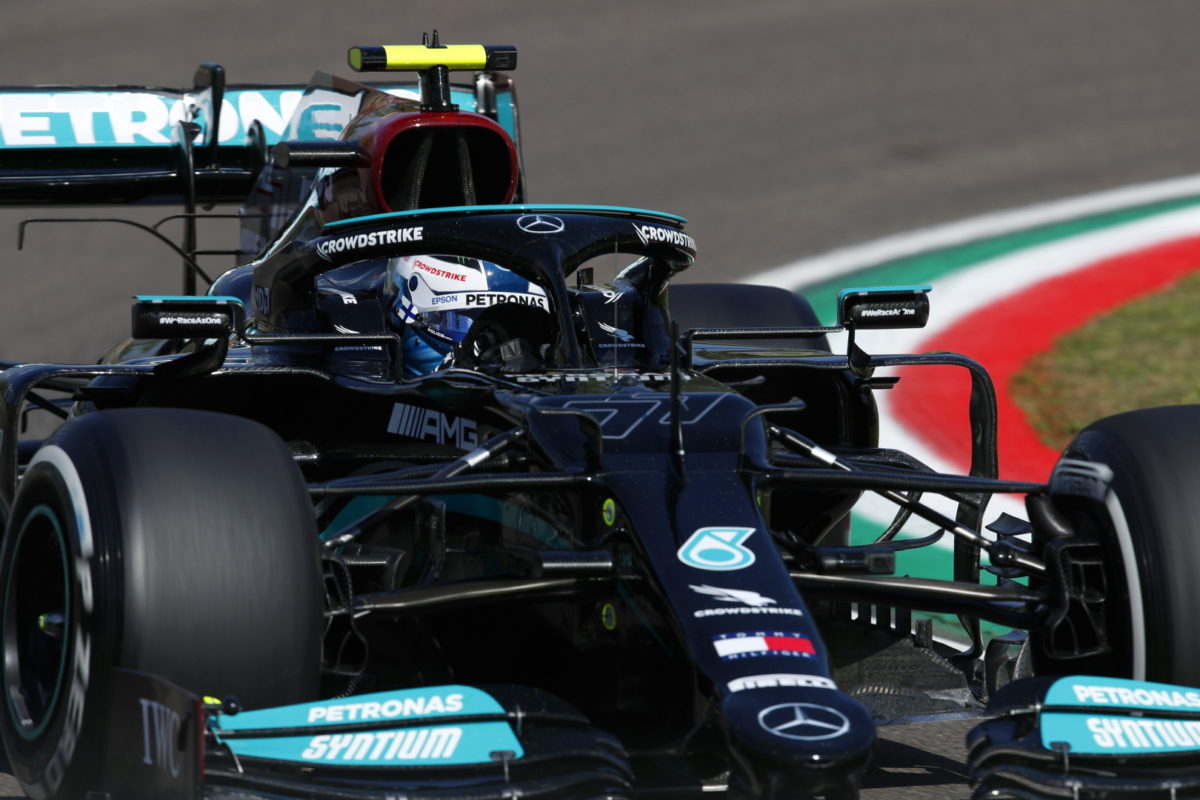 Valtteri Bottas has swept Friday’s running for the Emilia Romagna Grand Prix after topping the timesheets in Free Practice 2.

He was just 0.010s faster than team-mate Lewis Hamilton with Pierre Gasly a strong third for AlphaTauri.

A promising session for Ferrari ended in the wall for Charles Leclerc, the Monegasque drawing a red flag that would ultimately conclude proceedings.

Ferrari was again among the early pace-setters amid a busy start; Leclerc heading Carlos Sainz in the opening minutes.

Most were out on the yellow-walled medium compound tyres, with a brief focus on performance runs before switching over to race pace later in the session.

Having crashed in the final minutes of Practice 1, Nikita Mazepin sat in the garage for the opening minutes as Haas worked on the floor of his car.

Verstappen’s session was curtailed after 10 minutes, the Dutchman pulling his car off the track near pit exit.

The Red Bull had ridden the kerb at the exit of Rivazza, its driver reporting backing that “something snapped on the rear”.

The RB16B was pushed back behind the wall quickly, allowing the session to revert from the Virtual Safety Car to green flag conditions.

After a spell at the top of the time sheets in Free Practice 1, Gasly climbed to second best with a 1:16.117.

It was short-lived as Hamilton improved to slot in behind Bottas, who had set the fastest time of the session to date far with 1:15.551.

Red Bull received Verstappen’s car back into the garage with the team working to resolve a suspected driveshaft issue on the RB16B.

Bottas’ early time stood for the remainder of the session, though Hamilton edged to within 0.010s at the top of the timesheets.

Inside the final five minutes Mazepin ran off the road, the Russian having got back out on track following his earlier delays. 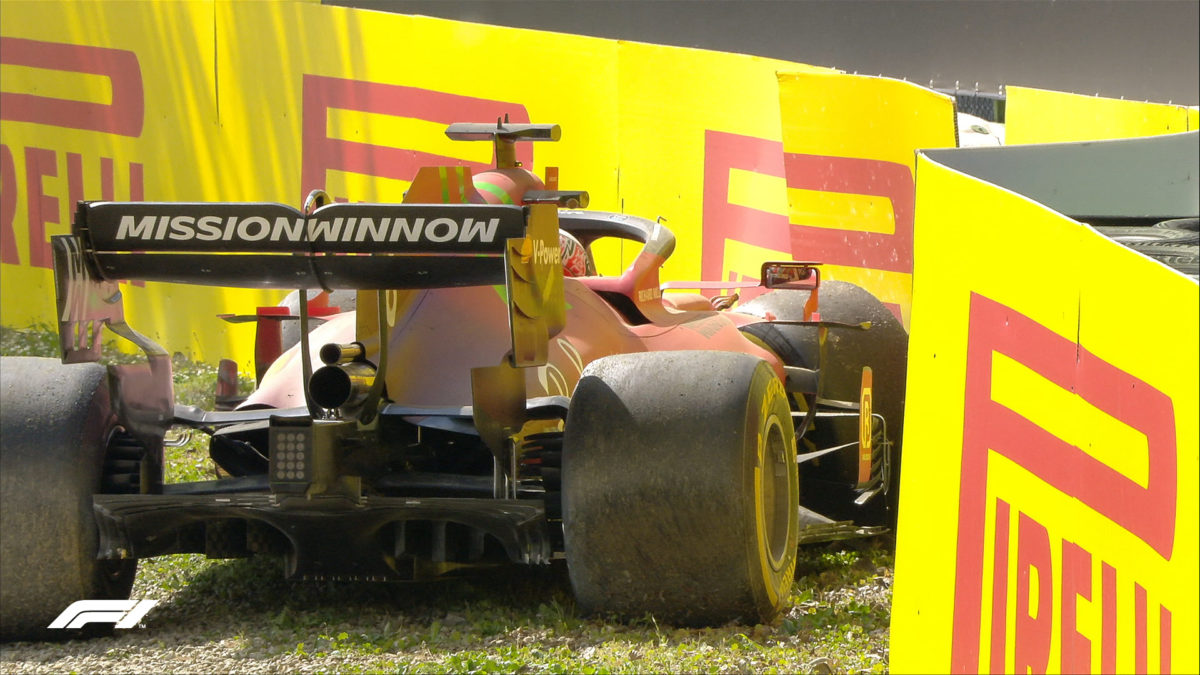 Soon after, Leclerc crashed out of the session to draw the red flag.

The Ferrari driver lost control at Rivazza, spearing off the road as he worked to correct oversteer while entering the second part of the corner.

He tagged the wall, plucking the front-right wheel off the car, race control confirming the session would not resume.

It left Bottas fastest from Hamilton, with Gasly third from Sainz and Leclerc.

Verstappen never returned to the track following his dramas and was classified just 14th as a result, with Sergio Perez sixth fastest.

Daniel Ricciardo was just 18th quickest, 1.799s off the pace, while team-mate Lando Norris saw the other McLaren in eighth, some 0.8s quicker.

It proved a far less eventful session that Free Practice 1 had been earlier in the day as teams spent the latter half of the 60-minute hit out working on long runs.

Qualifying simulations in the early running suggested Mercedes were out front, followed by Ferrari and Red Bull, though the latter’s times were clouded owing to Verstappen’s setback.

Practice continues with a final session at 19:00 AEST tomorrow before qualifying at 22:00.