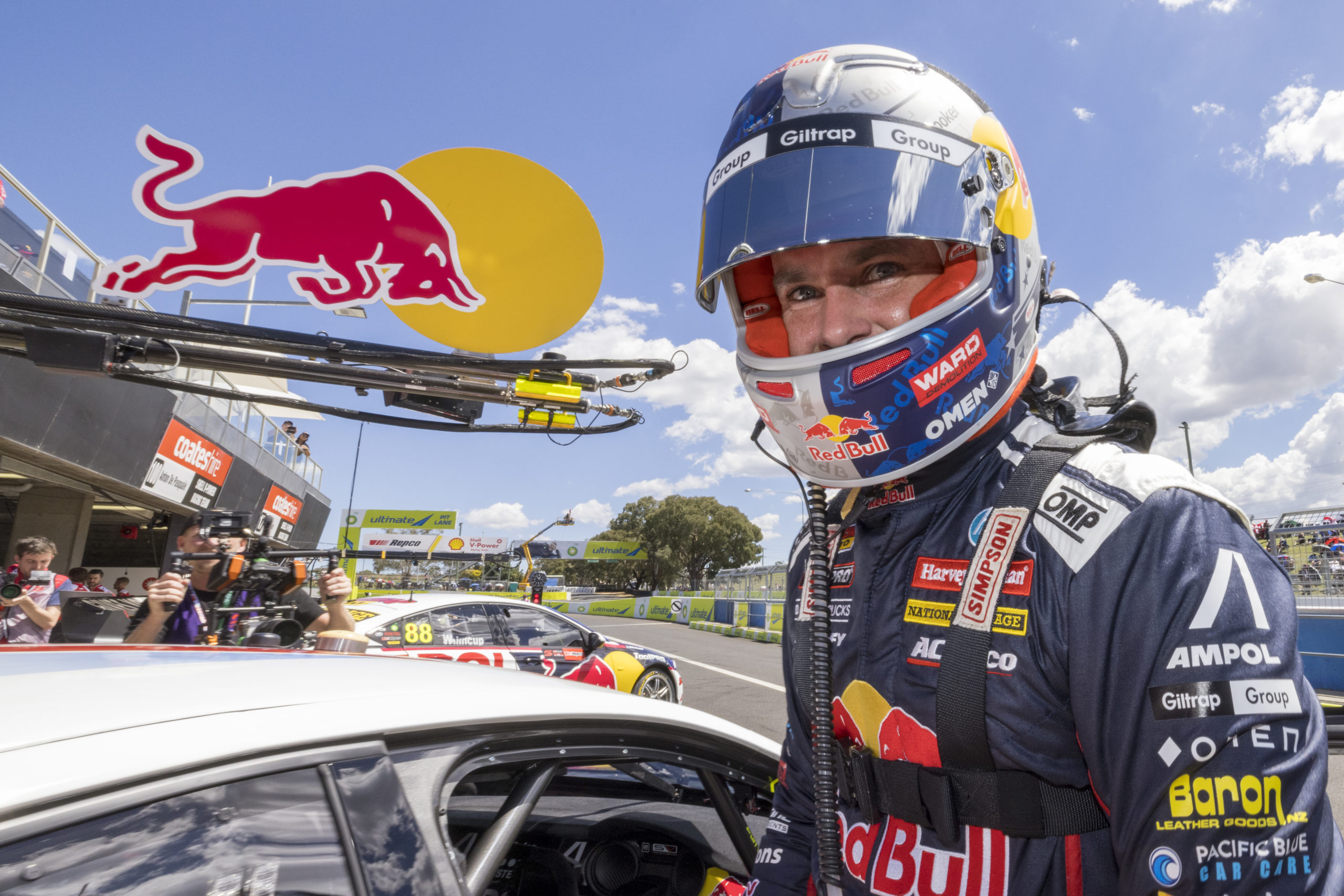 Shane van Gisbergen said competing at the Bathurst 6 Hour set his recovery back slightly after a mountain bike accident, but was worth the pain.

It’s been a little over a month since van Gisbergen underwent surgery after breaking his left collarbone, ribs, and tearing his AC joint.

Despite severe pain, van Gisbergen continued his dominant form in the Repco Supercars Championship by sweeping the three-race Sandown SuperSprint.

He then went on to contest the Easter weekend production-based endurance race in a BMW M4, winning with Shane Smollen and Rob Rubis.

On the same weekend, the Kiwi also featured in GT World Challenge Australia Powered by AWS, claiming a win and a second place finish with Prince Jefri Ibrahim in a Mercedes-AMG GT3.

Leading into this weekend’s third event of the Supercars, the Beaurepaires Tasmania SuperSprint, van Gisbergen said he isn’t at full fitness.

“My ribs are probably the sorest, but the collarbone is what it is. I’ve got most of my movement back in my arm and it’s not too painful. Ribs, can’t do much about it, but it is what it is.

“You just need time to get better,” he added.

“I went and did a race at Bathurst last week and that set me back a bit. It was well worth it, it was a lot of fun, but it’s just slowly getting better. I’m just waiting.”

The Bathurst 6 Hour cameo is part of a growing list of categories van Gisbergen has competed in over the last six months.

After winning last year’s Bathurst 1000, the Kiwi returned to New Zealand where he contested the City of Auckland Rally, Battle of Jacks Ridge rally sprint, and Castrol Toyota Racing Series.

Having won his class in the rally and taking outright honours in the rally sprint, van Gisbergen is keen to return home later this year for more.

“The bubble has opened up there. The first round of the championship is this weekend.

“Hopefully later in the year when it’s less risky, I can go back and forth and play in a rally car. But at the moment, full focus on Supercars.

“It was a lot of fun. That’s what my dad grew up racing and what I grew up watching. It’s great to try something different.”

For the time being, van Gisbergen is focused on continuing his form in the Supercars Championship with Red Bull Ampol Racing.

He holds a 150-point advantage over team-mate Jamie Whincup after winning the first five races of 2021.

This weekend he’ll be at Symmons Plains International Raceway, a circuit which Triple Eight Race Engineering has traditionally been strong at.

“When you’re going well it certainly makes it much better,” said the championship leader.

“There’s always something to improve on. We’re always looking to make ourselves better.

“For sure, this weekend we’ve got some objectives we’ve got to try and work on. Hopefully we’ll see some improvements.”