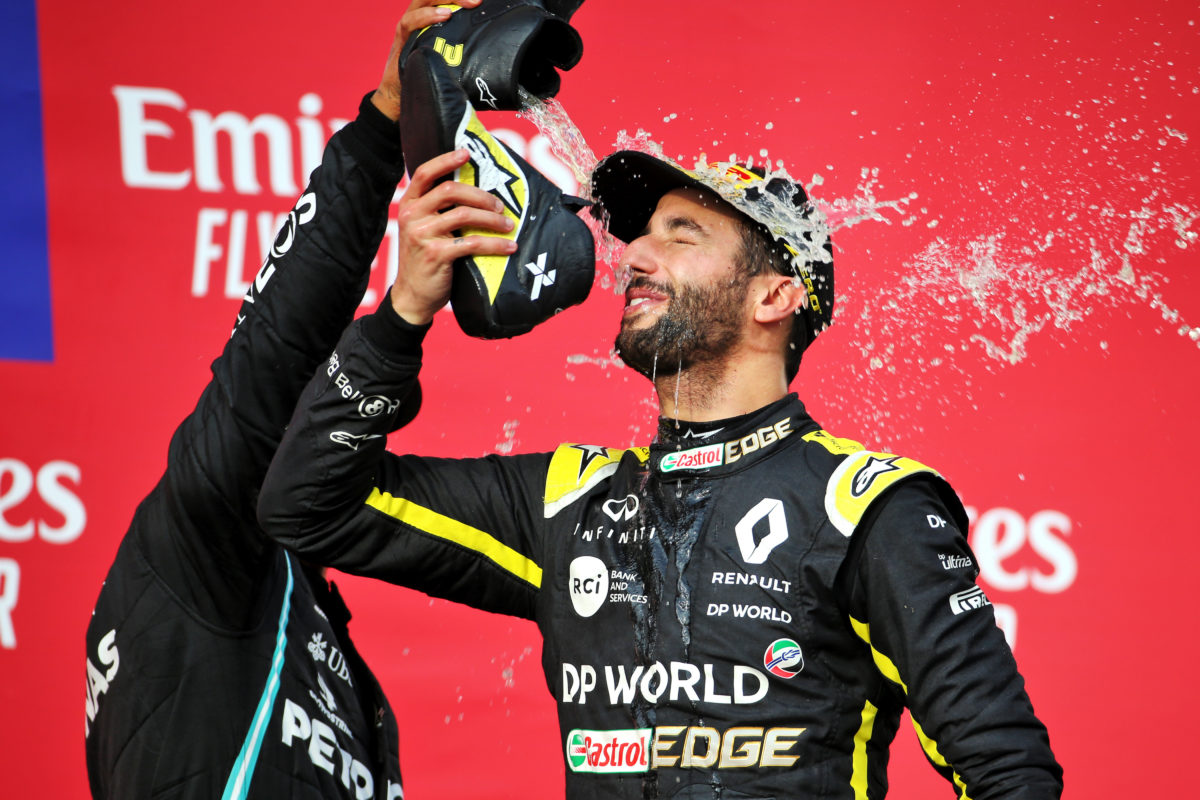 Daniel Ricciardo on the podium at Imola last year

The weekend’s Formula 1 Emilia Romagna Grand Prix at Imola will mark a return to the scene of Daniel Ricciardo’s most recent podium.

While driving for Renault last season, the Australia snared third place in the race.

It was his second podium appearance in three races, having previously visited the rostrum at the Eifel Grand Prix two events prior.

The Imola event was added to the 2020 calendar as part of the response to the impact of the COVID-19 pandemic. marking the popular venue’s first appearance in an F1 calendar in 14 years.

“It’s an iconic old-school track with a fast and flowing layout that provides little room for error,” Ricciardo said.

“I’m really excited to be heading back there after last year’s race where I finished on the podium.

“I’m definitely planning on bringing that experience from last year to help the team this weekend and fight for those points.” 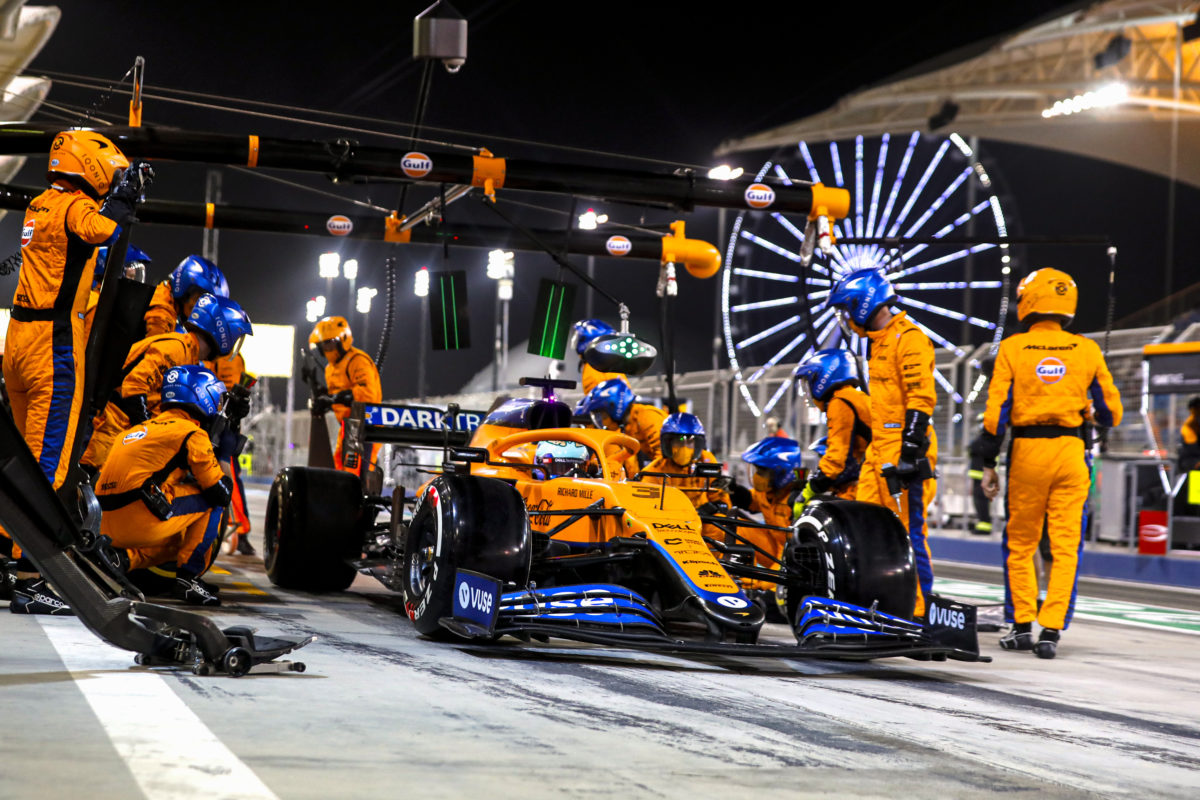 Seventh place in Bahrain saw the 31-year-old score points on debut with McLaren, though his race was thwarted by damage to his car sustained on the opening lap.

It was a promising start nonetheless for the new relationship, with Ricciardo admitting there’s still more to come from him as he gets to grips with the team and car.

“We secured a good result in that first race, and it felt amazing to make my debut for the team,” he said.

“I was a bit unfortunate with the damage we found on the car after the race, and there’s still a few more things to learn and get to grips with which takes a bit of time.

“But given that, I’m confident we’ve got a lot more performance left to unlock.

“We’ve been working hard back at the factory to understand how we can build on that solid start,” he added.

“I completely expected it to take a few races to feel comfortable in the car, but I’m feeling better after race one than I had done at the same point in previous years, so that’s really promising.”

McLaren currently sits third in the constructors’ championship following the opening race of the year, building on a strong three-day pre-season test.

However, team principal Andreas Seidl is wary that the midfield is so closely matched that this weekend’s venue could produce a difference pecking order.

“It’s clear that several of our competitors have taken a step forward, although it’s difficult to be certain of the true running order from one race,” Seidl said.

“Imola poses a fresh challenge from the previous race, with different cornering profiles and a narrower track layout,” he continued.

“There are fewer overtaking possibilities than at Bahrain, which increases the importance of track position and our performance on Saturday.”

Free Practice 1 for the Emilia Romagna Grand Prix gets underway at 19:00 AEST on Friday.