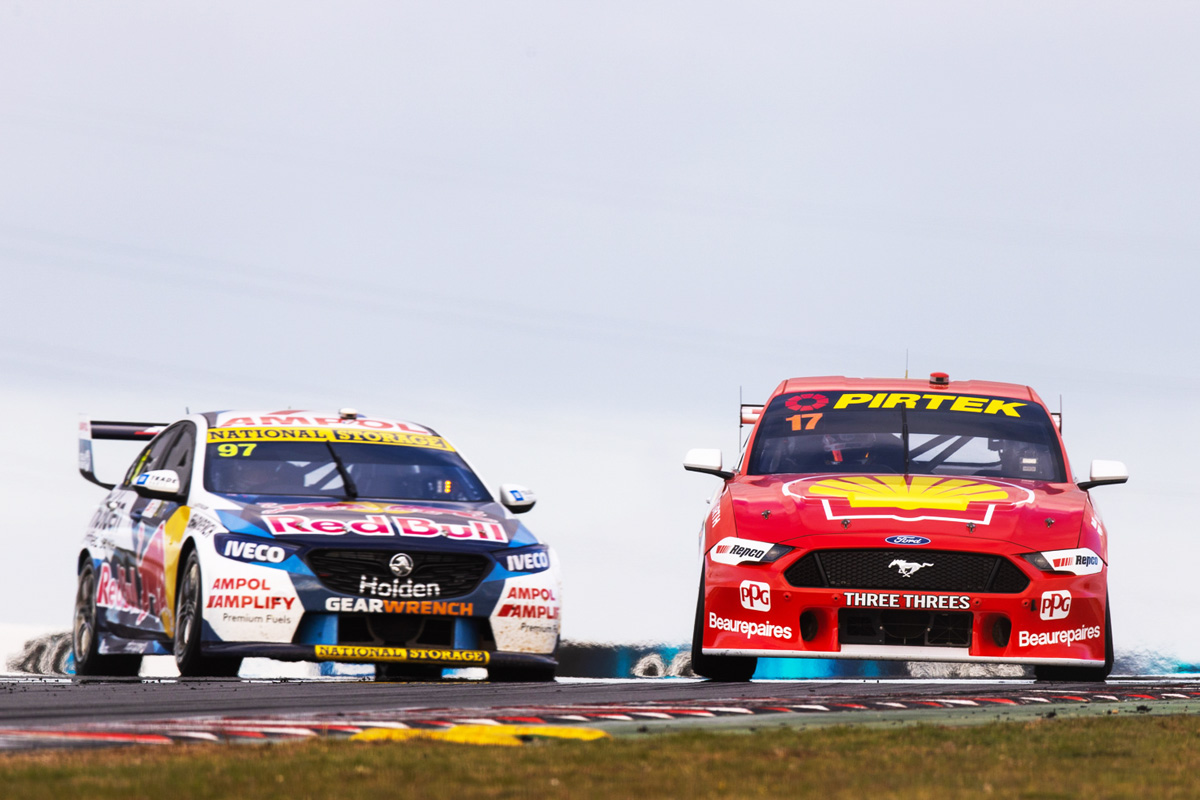 Leading Supercars commentators Mark Skaife and Neil Crompton say the debate of how Shane van Gisbergen and Scott McLaughlin would stack up against one another right now is “unanswerable”.

McLaughlin was the class of the field in the previous four seasons at the Shell V-Power Racing Team, taking 48 wins from the 114 races held in that time (excluding the 2019 Sandown co-driver sprint).

Along the way, McLaughlin broke the record for the most victories in a single season with 18 in 2019, and became the first driver to turn his maiden ATCC/Supercars title into a three-peat.

Late last year, the 27-year-old’s long-awaited switch to IndyCar was confirmed, leaving an opportunity for his Supercars rivals to find some limelight of their own.

Up has stepped van Gisbergen, who has been simply supreme through the first five races this season, winning on every occasion – be it from pole (thrice), or from as low as 17th on the grid.

His imperious form has often triggered a divide among fans on social media; is van Gisbergen only dominating due to the absence of McLaughlin? Or would the #17 star even have struggled to match the #97 at his current level?

Van Gisbergen himself last week jokingly put his unbeaten run down to McLaughlin having “f**ked off to America” before diving into the hypothetical of what it would have been like if he’d remained Down Under.

“Could we have been as good as him this year? Who knows? It would have been great to find out but unfortunately we won’t,” mulled the Red Bull Ampol Racing driver. 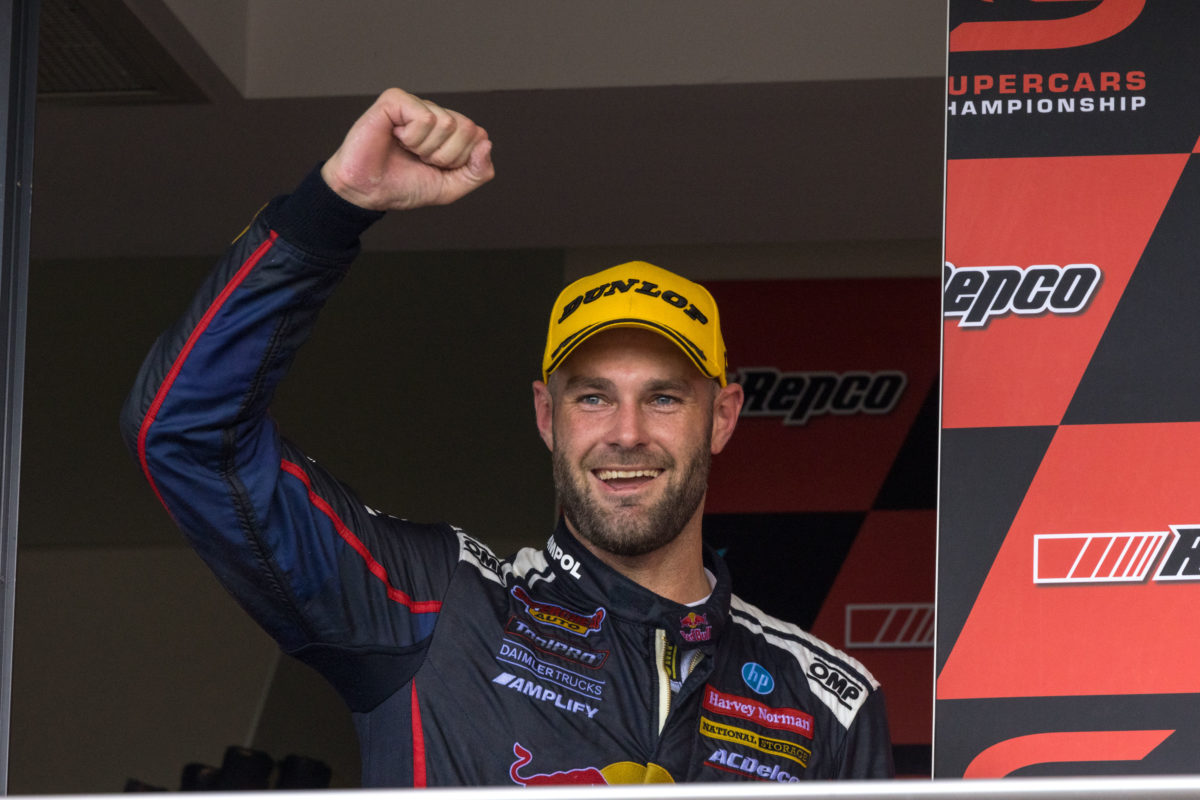 Both Skaife and Crompton reserved praise for the inseparable pair.

“The truth of the matter is that we just don’t know and it’s probably hard to ascertain at this point what DJR’s performances are like with two new drivers there and clearly a car specification and set-up that was very much Scottified,” Skaife told Speedcafe.com.

“Removing two big factors, you remove the Penske name from the team and you remove arguably one of the fastest blokes we’ve seen in history, you then sort of only question what the performance of the Shell V-Power Mustangs is really like at the moment.

“And until we probably get a little bit further into the year and Will [Davison] and Anton [De Pasquale] get more comfortable in those cars, then we’ll be able to genuinely understand where their pace is or isn’t.

“Conversely, it’s been an incredible start [for van Gisbergen] and you can’t fathom the title campaign he’s putting together at the moment.

“It’s history-making and obviously he is driving extremely well.

“I mean that performance at Sandown was just unbelievable.”

“I deeply admire both those guys as racing drivers. They are in the elite.

“I mean, I think both those guys are amongst the very best racing drivers in the world, period.

“Forget about what they step in and out of, that’s immaterial. It’s such a fairytale, Kiwis, young guys, to a degree some parallel paths there, and tough rivalry but a deep respect. 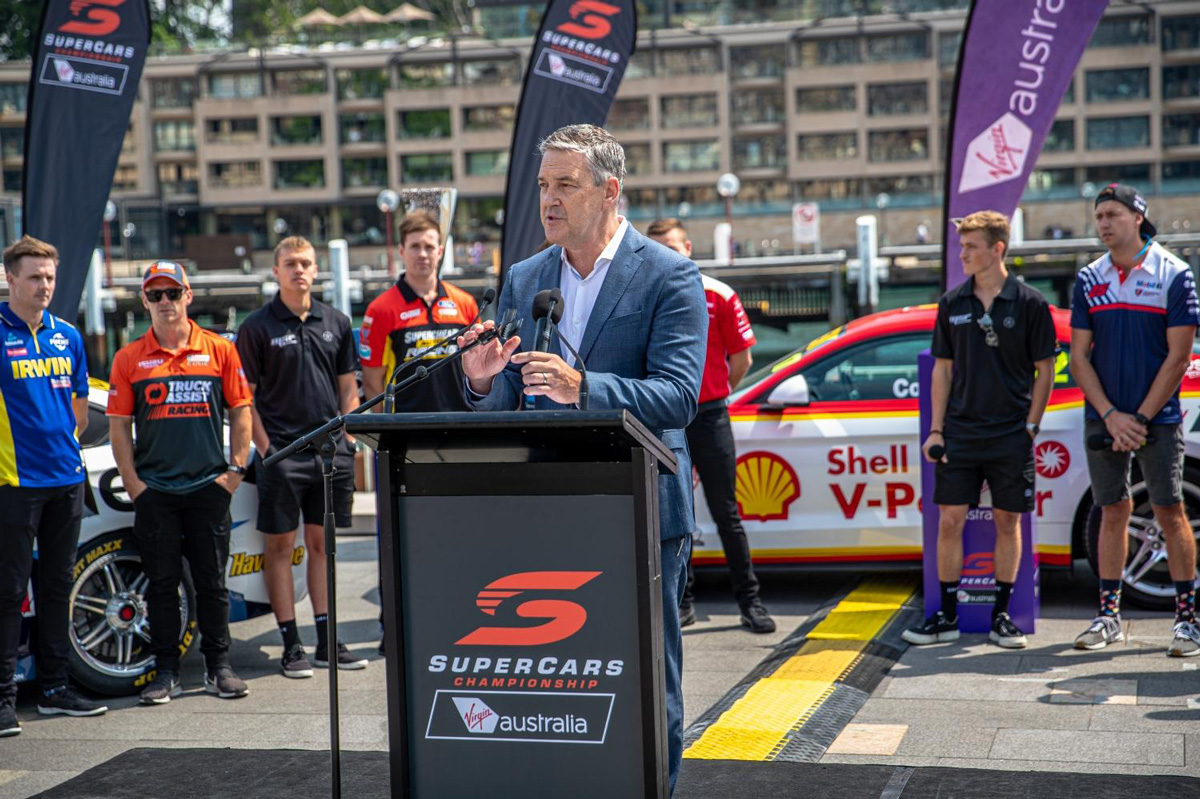 “Because of my love for US racing, I loved the idea of Scotty being in the IndyCar championship but selfishly you’d love to have a great personality like that remain in the series here forever.

“But it’s for the greater good that he’s going and doing what he is doing, so all power to him. But I would have loved to have seen the ongoing battle.

“Shane is in this amazing period where he’s not the 18-year-old kid that turned up at Oran Park in 2007.

“He’s now got a tonne of mileage under his bum in everything known to man, but he’s still a young guy, so he has still got a massive amount of fire and is at the peak of his powers.

“He’s got this beautiful blend now of experience and aggressive pace, and enough knowledge to apply it to probably decide when he wants to or doesn’t want to get in and out of trouble.

“And I think Scotty is much the same, he is just now in a totally different environment. I never liked the idea of trying to separate one from the other because I think they’re both pretty amazing.”

This weekend marks a big occasion for both drivers.

Van Gisbergen will look to extend his remarkable Supercars winning streak beyond six – also including the season-closing 2020 Bathurst 1000 – at the Beaurepaires Tasmania SuperSprint.

On the other side of the world, McLaughlin will open his first full IndyCar campaign at Barber Motorsports Park, driving for Team Penske.