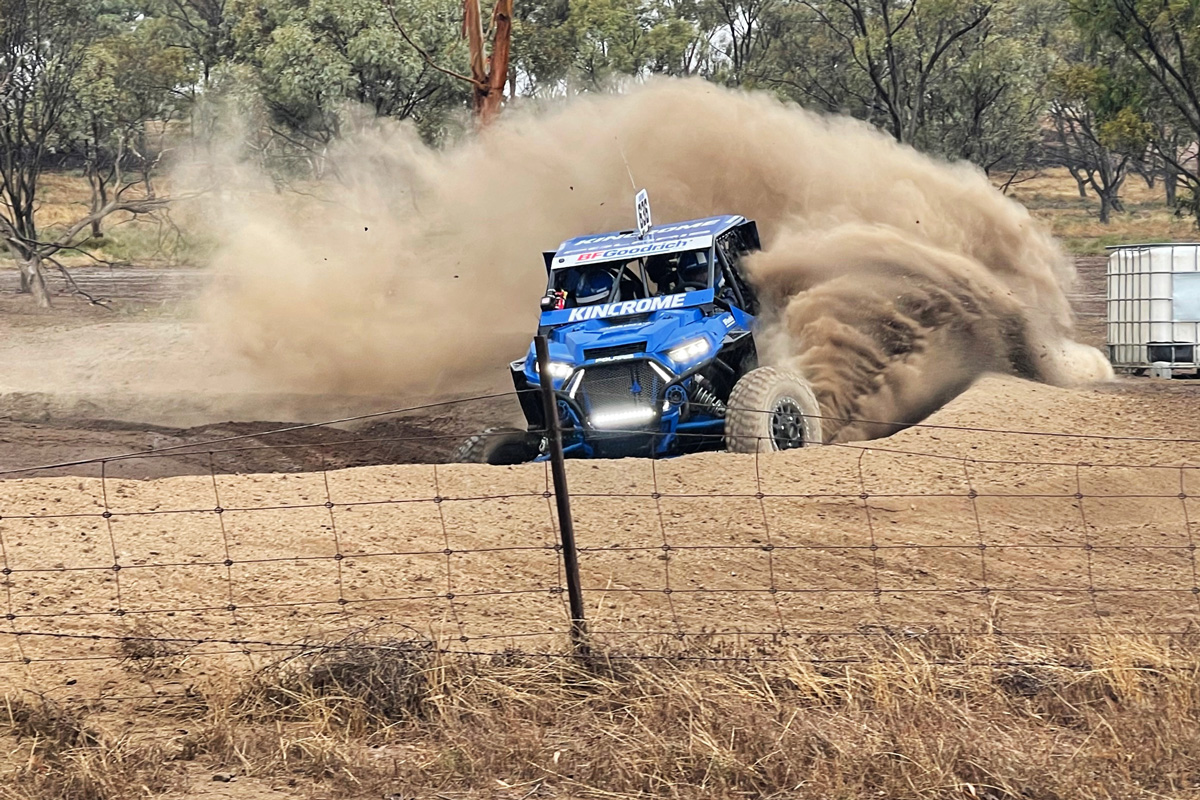 Kincrome Racing spearhead Simon Evans has ditched his regular Turbo S four-seater for a 2020 Pro XP two-seater ahead of this weekend’s second round of the Kincrome SXS Motorsport Australia Championship.

Four-time Australian Rally Championship title winner Evans will again team up with co-driver Max O’Brien as they pursue an improvement on their current seventh in the standings.

The two-seater vehicle had been prepared for Molly Taylor for the season-opener last month in Rainbow, Victoria.

The family team has knuckled down to iron out some gremlins faced in Rainbow, as well as at Round 1 of the Motorsport Australia BFGoodrich Off Road Championship in St George, Queensland.

“It has been a frustrating start to the season, but we think we are on top of it and we are looking forward to getting back out there this weekend,” said Evans.

“There have been a few very long nights, but thankfully we have had the right tools for the job.

“I have transitioned from the four-seater to the two-seater this weekend and while it will be different, I have spent plenty of time in both cars in the last couple of years.

“Alice Springs is a long way to go with all our gear, but it is a terrific place with so much history and we hope the town comes out to watch us put on a show.”

Jackson will have a new co-driver in Alice Springs in Sam Raper after his wife and regular co-driver Claudia fell ill.

“I guess we have gone back to the drawing board in some respects,” said Jackson. The Kincrome-backed Polaris of Jackson Evans

“We have done our homework, fixed the things we needed to improve and are ready to go.

“I am hoping for it to be as rough as possible this weekend so we can get in some good ‘test’ miles for the Finke Desert Race later in the year, but looking at some in-car footage from recent events out there I don’t think that will be the case.

“I think Simon’s move from the four-seater back to the smaller Pro XP is the right one, but hopefully he will have to get around us if he wants to win.”

Eden and her co-driver Shannon Jennings meanwhile will be out to build on winning the SXS Sport class on debut in the opener.

“It was great to come away from the first round with a trophy, but we are not getting ahead of ourselves,” said Eden.

“Every time I am in the car it is a learning experience for me and that will be no different in Alice Springs, which I am really looking forward to.

“I guess I have the advantage of flying and not having to spend 24 hours or more in a truck or bus like Dad and Jackson the day before the event.”

All competitive running will take place on Saturday at the Alice Springs Off-Road Club.