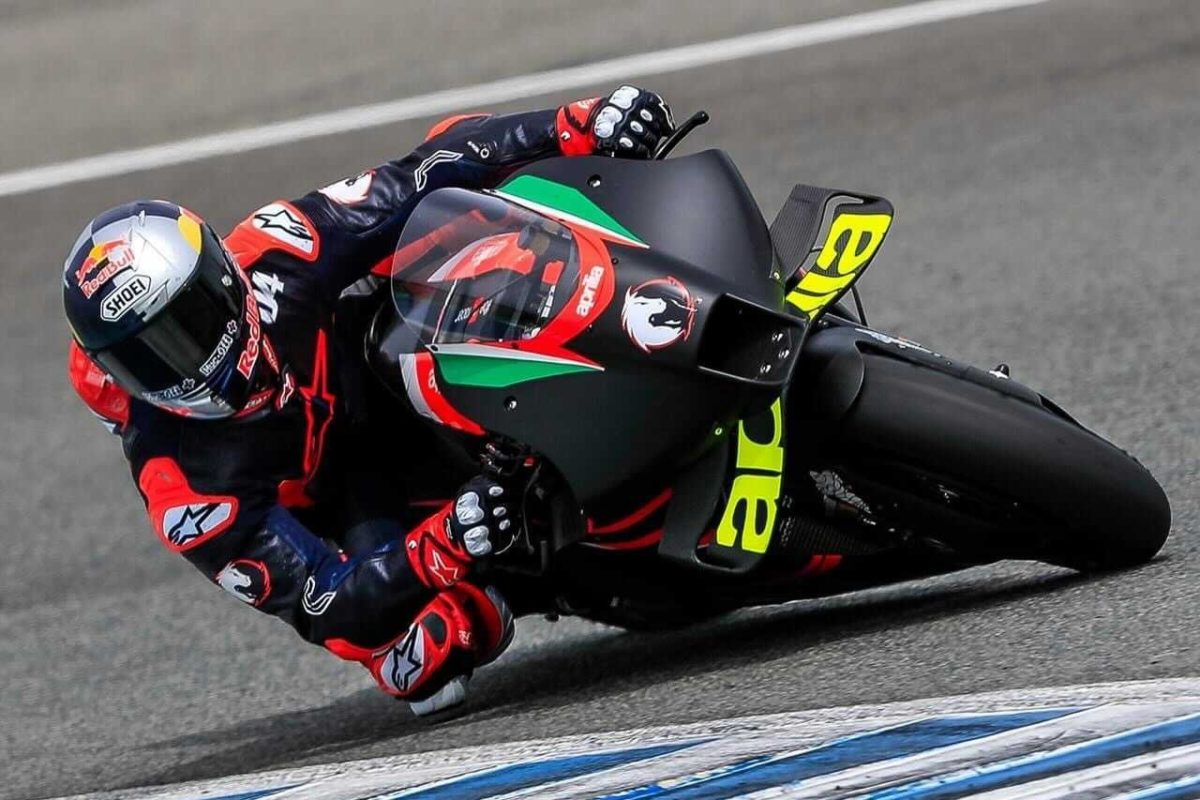 Andrea Dovizioso will test for Aprilia again in May, weeks after his first MotoGP outing with the Italian manufacturer.

Dovizioso rode an RS-GP across the last three days at Jerez, along with contracted test riders for three other marques, between official MotoE test sessions.

The appointment was a one-off at the time it was finalised, and the 15-time premier class grand prix winner still has no medium term deal with Aprilia.

However, as Dovizioso reiterates his interest in returning to the grid in 2022, it has been confirmed that he will test again at Mugello on May 11-12.

“Next, we will do another test so we can work on some other details,” said the 35-year-old after wrapping up the Jerez test, just before those dates were announced.

“I think we will organise another one at Mugello in one month, more or less. At this moment, all we have on the table is this next test in Mugello.

“MotoGP is still my passion and I would like to race next year. I think it was smart to be on track and I’m really happy because Aprilia gave me the possibility to do that in the right way.”

Exact lap times were not disclosed, although Dovizioso claimed they “weren’t too bad”.

A major area of attention, however, was ergonomics.

“You can immediately feel the difference from what you rode in the past but to understand the details is very difficult,” he explained.

“You have to push really hard but you also have to be comfortable on the bike to understand a lot of details.

“To be there fighting for an important lap time or position is a different story. To do that you need the right position on the bike. It takes time to push the bike to the limit and feel comfortable on the bike.

“Like every bike, it has positives and negatives, which is normal, but I had a really good feeling.”

Dovizioso hopes that Aprilia will be able to make adjustments for his second test, at the Italian Grand Prix venue.

“After one month, I hope Aprilia can make some changes to help with my position,” he added.

“If you want to push really hard, you have to look at the small details and to understand everything clearly you have to feel comfortable. Until you have that situation, I think it’s stupid to try to push.

“When you don’t feel comfortable, you’re not able to be on the limit during braking, entry and exit and you have to do that in order to fully understand all of the details.

“There are for sure some things really nice and some things that need to be better, but every bike is like that.”

The 2021 MotoGP season continues this weekend with Round 3, the Portuguese Grand Prix.