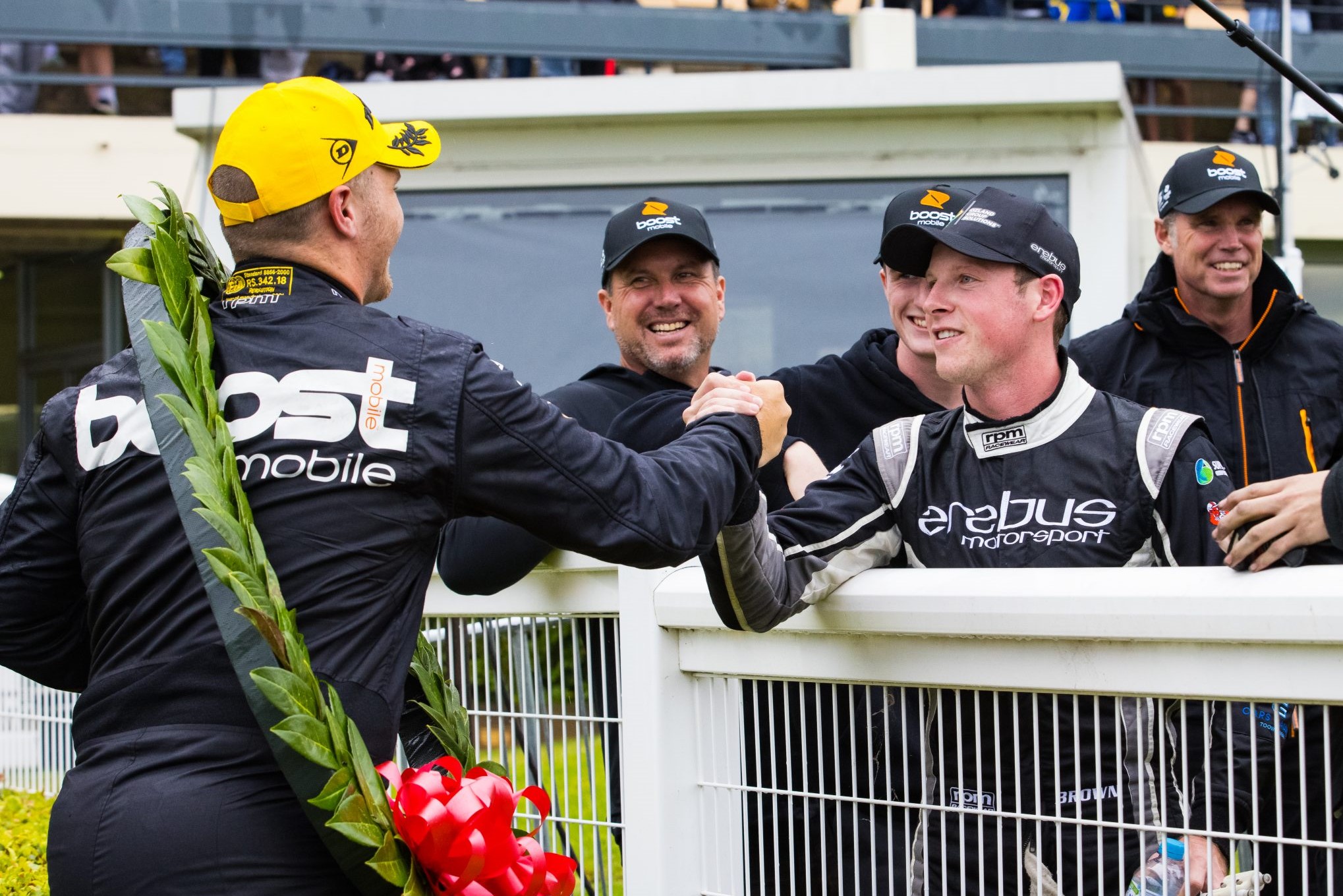 Will Brown says there is no rush for him to stand on the podium after Erebus Motorsport team-mate Brodie Kostecki’s early Supercars success.

Kostecki scored a surprise second place finish at the Sandown SuperSprint in what was the Dandenong South-based team’s home event.

In doing so, Kostecki became the first driver in more than 20 years to take a solo podium in his first five races as a full-time Supercars Championship primary driver.

While Brown is yet to crack the top five in his first five races in the Repco Supercars Championship as a full-timer, the Toowoomba-born pilot said he’s not far away.

“I would have loved to obviously be the one that got that first, but Brodie’s done an awesome job and I think that’s the biggest thing,” Brown told Speedcafe.com.

“You want to beat your team-mate [which has] proven pretty hard to do as well right now.

“For both of us, we’re qualifying fairly similarly and find our times fairly close, so that’s where I think we’re pushing each other so much further.

“If one of us was half a second off the other one, well, you’re not really pushing him forward.”

This weekend’s Beaurepaires Tasmania SuperSprint at Symmons Plains International Raceway could be the scene of success for Brown.

However, the 22-year-old isn’t hellbent on making a podium appearance. Rather, he’d like to continue improving in what is only the third event of the year.

“For us, obviously being the third round, we’re building more and more confidence,” said Brown.

“I’m not getting too many ideas before [going to Tasmania]. Obviously, at some point in the year, we’d like to stand on the podium, but who knows where it’ll be.

“It’s just us, just rolling into each round and trying to do the best we can with what we’ve got.

“Like I say, I’m not going there and saying, ‘I have to get a top three,’ or something like that. It’s, ‘We’ll roll up and hopefully roll out good in the car and I’ll drive it as good as I can’.

While success hasn’t been forthcoming in the form of a podium, Brown has been impressive in patches in the short time he’s been with the team.

The most recent round at Sandown International Motor Raceway saw Brown make significant strides forward in the wet, gaining 12 places to finish seventh in Race 5 of the season.

If not for less than satisfactory qualifying and in-race strategy, the rookie said he could have been right in contention with Kostecki.

“I don’t think there’s a problem with race pace or anything like that,” he explained.

“I think it was more just a few times the strategy was looking good with what we were doing and we got caught out with different things.

“There’s been a few things that have caught us out, but we’re not really going, ‘We’ve got a problem here or we need to do this.’ We’re just focusing on race by race and I think that the results will come.

“Brodie showed we can get on the podium,” he added.

“We’d raced up to fifth place before the pit stops there from 19th, and I feel like we could have stood there with him if we started further up, sort of similar to what he did.

“I think the car had awesome pace and that it’s definitely possible throughout the year. We’re always trying to get a podium and I believe we can do it this year.”

Brown continues his Repco Supercars Championship campaign at the Tasmania SuperSprint across April 17-18.