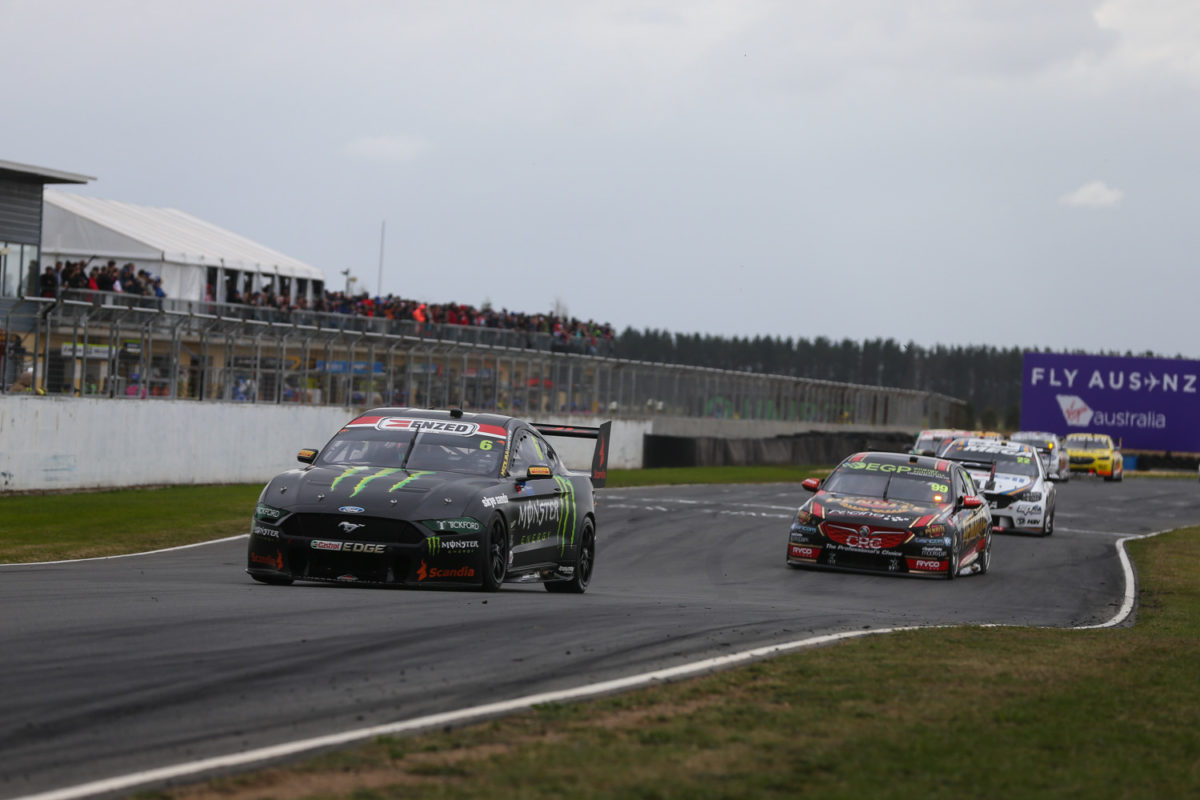 The Repco Supercars Championship’s races at this weekend’s Beaurepaires Tasmania SuperSprint have each been snipped by two laps.

All three encounters are now scheduled to span 44 laps, rather than the 46 originally listed in the Supplementary Regulations.

With no refuelling in SuperSprint races, the change, similar to those made multiple times since the 2020 season restart, would seem to have been made to ensure that cars can make the finish without having to run lean.

A split qualifying format is in play for all three such sessions this weekend, to alleviate congestion on the shortest circuit on the calendar.

Practice starts also make a return, having been allowed at Bathurst at last year’s season finale and also this year’s opening event.

Each driver who takes the chequered flag at the end of Practice 1 may proceed back to the grid to undertake a practice start.

The soft compound tyre is in play, with each car starting the weekend with seven new sets and one pre-marked set.

As was the case last time out at Sandown, two new sets and the pre-marked tyres must be handed back after practice, and another set after the Saturday qualifying session.

Support categories are Stadium Super Trucks, Aussie Racing Cars, and a demonstration for the Targa Tasmania rally event which starts on the day following the event.

Race 6 of the Supercars Championship will be held on the Saturday afternoon, with Races 7 and 8 on the Sunday.