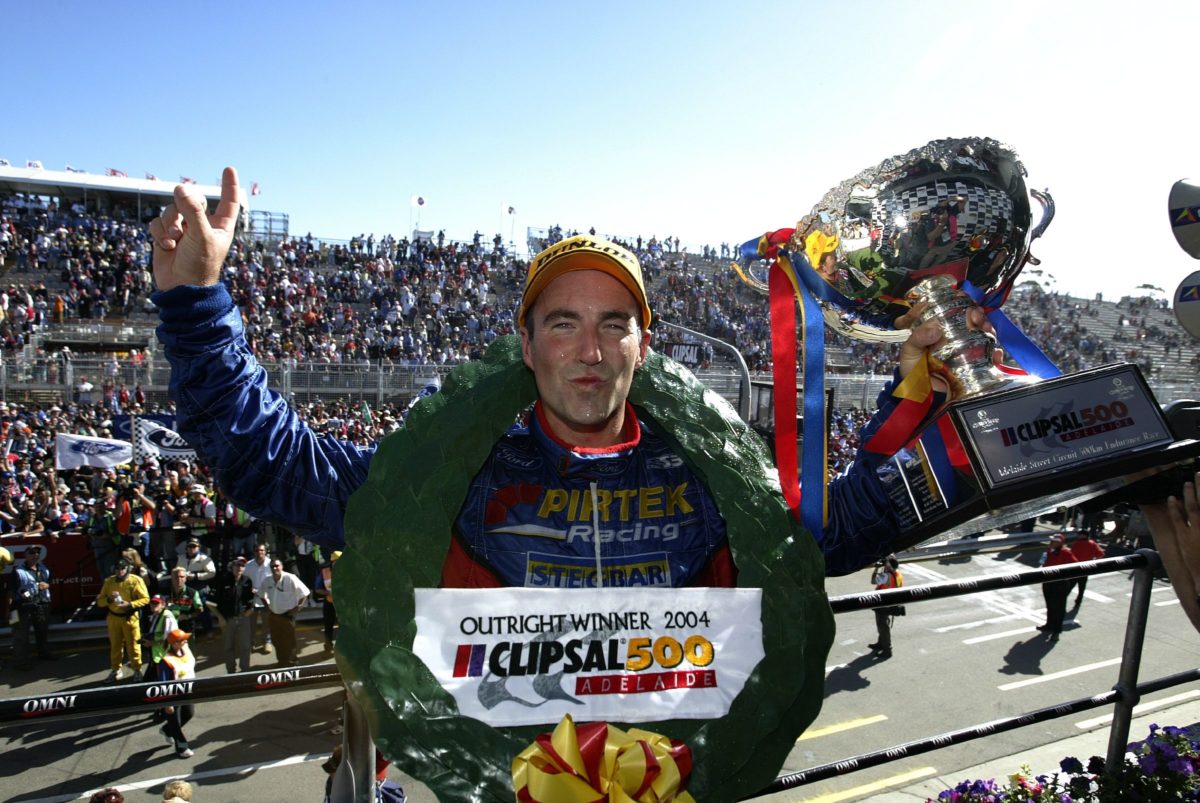 Marcos Ambrose on his way to the 2004 Supercars title

Ambrose, who hails from the Apple Isle, will make a one-off appearance providing expert analysis between Supercars sessions.

“Joining the telecast team for the Beaurepaires Tasmania SuperSprint at Symmons Plains Raceway will be a blast,” Ambrose told the official Supercars website.

“I am looking forward to catching up with old friends and perhaps a couple of foes in the telecast booth.

“Growing up in Tasmania, Symmons Plains was my home track and I grew up watching racing legends like Dick Johnson and Peter Brock dominate the track.

“I also had my own success winning races in the early 2000s; I know the track well and what it takes to win at the short, fast and technical Symmons Plains circuit.”

The Launceston-born driver enjoyed a successful, albeit brief Supercars career, which saw him claim two drivers’ championships in five years.

In that time, he claimed one win and a second place finish at Symmons Plains, both of which came in his second championship-winning year with Stone Brothers Racing in 2004.

After succeeding Down Under, Ambrose moved State-side to compete in the several tiers of NASCAR.

Ambrose would retire with two wins to his name after five years competing full-time in the top division of NASCAR.

Recently, the six-time Bathurst 1000 starter has made a return to the Australian motor racing scene working with Owen Kelly in the National Trans Am Series.

Ambrose will join the likes of Jessica Yates, Neil Crompton, Mark Skaife, and Mark Larkham in the television line-up at the Tasmania SuperSprint, which takes place across April 17-18.