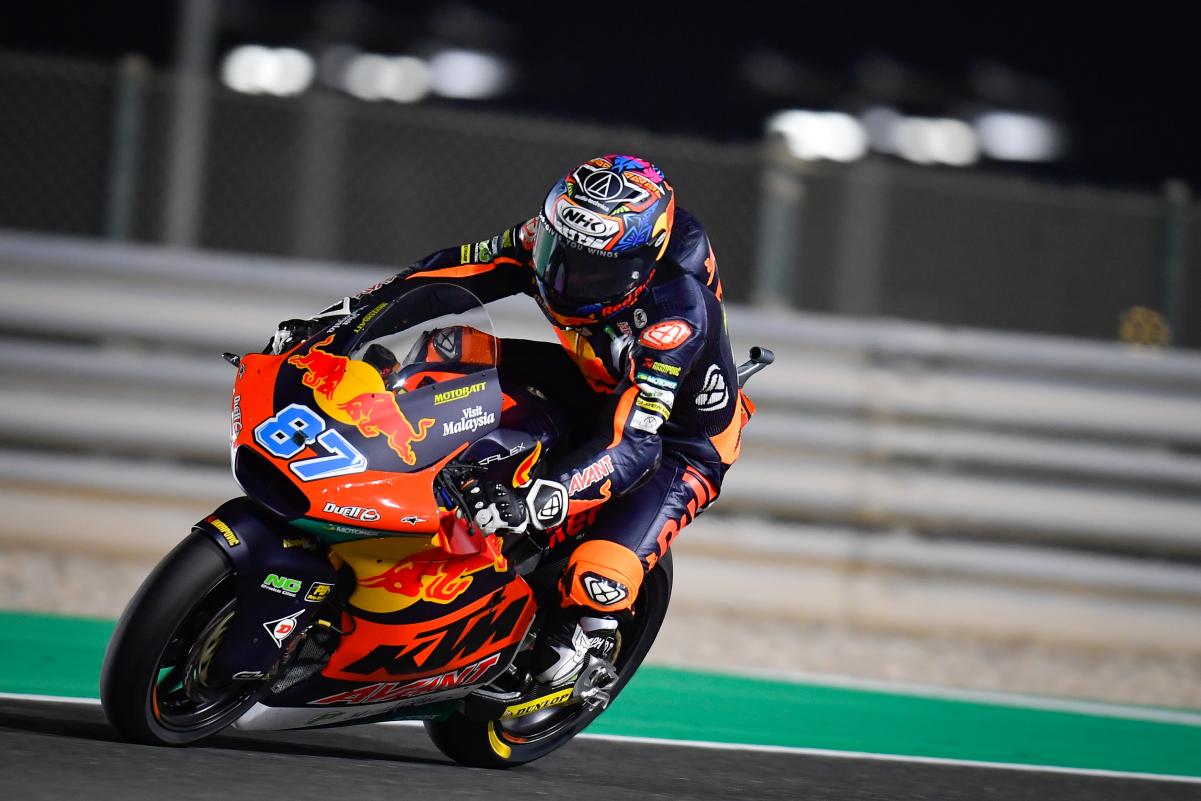 Remy Gardner has a guarantee of riding in MotoGP next year, according to father Wayne.

Gardner is already part of the KTM ranks, in Ajo Motorsport’s Moto2 squad, but it has now been revealed that his contract entitles him to race in the premier class in 2022.

That could even be part of the Red Bull KTM Factory Racing team, as opposed to satellite outfit Tech3, depending on the Sydney-born rider’s results in the current season.

“Remy’s signed up with KTM, he’s on a two-year deal with them,” Wayne told the Rusty’s Garage podcast, which is available on the Listnr application.

“A two-year deal means one year riding in Moto2 and one year in MotoGP, and if his results are good after this year, he gets an automatic seat in a factory MotoGP ride with KTM.”

While KTM has form for promoting young talent through its well-organised pathway, Gardner also has an option to talk to other marques if the Austrian manufacturer does not want to pick him up.

Wayne claims that several parties would like to sign the 23-year-old, hinting that the Sepang Racing Team (SRT) is one of them.

SRT is youth-oriented and while it has made an exception for Valentino Rossi, the 42-year-old is riding on a one-year contract with Yamaha which includes performance hurdles he needs to clear in order to be offered a renewal.

“So, the priority is on KTM, but already there’s many teams interested in Remy, but there’s not a lot of seats left apart from…

“So, it’ll be interesting to see what happens with Rossi, but Remy’s very keen to get in MotoGP next year.”

Gardner had already been offered a Tech3 ride for the 2020 MotoGP season, but decided to stay in Moto2 for the stated reason of gaining more experience in a junior class.

His father has now explained that concerns over the performance of the RC16 before KTM’s breakthrough 2020 season also played on their minds.

However, Gardner also passed up on an earlier chance to join Red Bull KTM Ajo, with that seat instead going to 2019 Stop and Go team-mate Tetsuta Nagashima.

“He could have gone in [MotoGP] last year, he had an offer from Herve [Poncharal, Tech3 owner] to join the KTM team,” recalled Wayne.

“But at the time he received the offer for last year, KTM wasn’t very good, so we thought, ‘Better to do one more year in Moto2 and get on a good bike.’

“But since then, KTM have really stepped up, and now they’ve got one of the best bikes.

“Remy has a contract now with Aki Ajo, and Aki wanted him last year as well, in Moto2.

“I don’t know what [Remy] and Bob [Moore], his manager, were thinking, but they didn’t take it, and I’m screaming about it.

“That’s how Nagashima got into Remy’s seat, and Nagashima did one race good, but Remy then had nothing left but to stay with the same team.

“[That] same team, Stop and Go, said that they have all brand-new equipment if Remy would stay, and they didn’t, they had to use the previous year’s bike, the 2019 bike.

“So, Stop and Go were disappointing, so Remy got kind of shit on, big time, you know?

“So, anyway, Aki came back and Lisa [Shephard, Remy Gardner’s business manager] got Remy back into KTM with Aki, last year, and got him ready for this year.”

Gardner is second in the Moto2 championship after second placings in both of the Losail races, with Round 3 at Portimao this weekend.