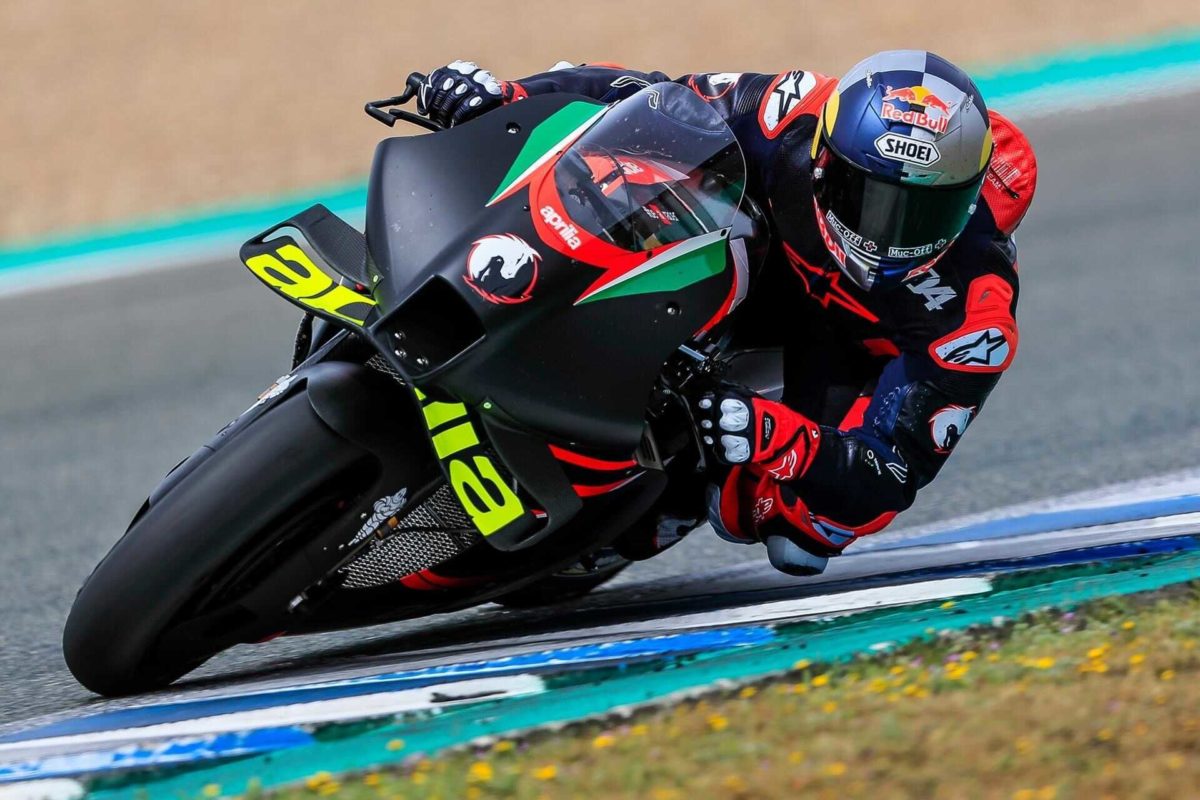 Andrea Dovizioso has commenced the MotoGP test which he is conducting with Aprilia over three days at Jerez.

Dovizioso is currently on what he deems a sabbatical from MotoGP having failed to agree a new deal with Ducati, with the test a one-off appointment for now.

The Italian rode a predominantly black RS-GP, Aprilia Racing Team Gresini’s standard livery, albeit without much of the squad’s usual sponsorship branding.

While Dovizioso’s leathers featured his trademark #04, its usual place on the fairing was taken by a motif of two horses.

No official lap times were recorded for the 15-time MotoGP race winner, who cut laps between MotoE sessions at what is the all-electric class’s second pre-season test.

Whether he ends up racing for Aprilia this year is doubtful, if recent comments by manager Simone Battistella are any indication.

“For sure he wants to do the test and he accepted the invitation of Aprilia. He was very keen to jump back on a MotoGP bike.

“It’s just a test for the moment. We didn’t plan or speak about anything else.

“There may be another test or more testing, but at the moment we just decided to do this one and take it from there.”

Bradley Smith had stood in for Andrea Iannone due to the Italian’s doping ban, but reverted to test status in a late-season swap with Savadori before splitting from the manufacturer.

Bradl is also back to a test-only role given Repsol Honda’s Marc Marquez makes his return from injury at this weekend’s Portuguese Grand Prix.