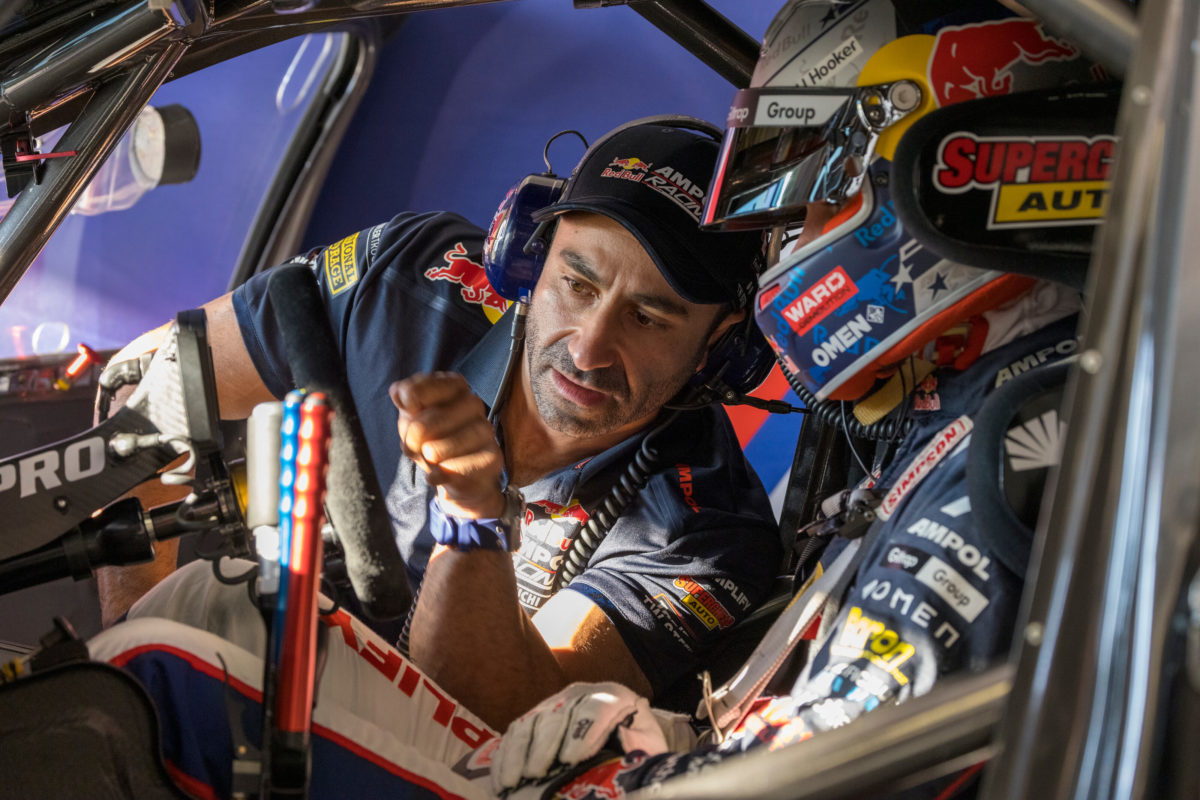 The cockpit of a current Triple Eight Race Engineering Supercar, including sequential gear lever (partially obscured by the anti-rollbar levers)

Supercars will test both paddle shift and the current-style gear lever when its Gen3 prototypes hit the race track, championship CEO Sean Seamer has advised.

The category’s future direction with regards to gear shifting, including whether or not drivers will still have to heel-and-toe on down changes, has been a controversial topic in recent months.

The plan for paddles and ‘assisted shift’ came to light in a tender opened by Supercars in January which stated, in part, “At this stage, an E-shift system is likely” in the Gen3 vehicles which are due to race next year.

Nevertheless, neither initiative is a definite, according to Seamer, who has taken the lead on the project in recent months.

“No decision on the format of the gear lever or auto-blip has been made yet,” he told Speedcafe.com.

“We will be testing both formats in our prototypes.”

It is understood that cost savings are a key reason for a possible move to paddle shift and automatic throttle blip.

That squares with Supercars’ announcement of the cornerstone elements of the Gen3 project at last October’s Bathurst 1000, which nominated “an overall targeted cost reduction of 30-40 percent over current levels.”

With drive-by-wire throttle to be mandated under Gen3, programming the ECU to blip the throttle on a downshift, rather than forcing the driver to heel-and-toe, is a relatively simple exercise.

Speedcafe.com believes that there is strong support for both paddles and automatic blip from key stakeholders, at least in part due to the cost motive, although that contingent does not necessarily include drivers.

He called on decision-makers to “Throw paddle shift in the bin” after his most recent race win, last time out at Sandown, a comment which drew unanimous support from fellow podium finishers Brodie Kostecki and David Reynolds.

According to Seamer, their views will be taken into account.

“We acknowledge that there is a range of opinions on the right way forward – all of these will be taken into consideration before making a final decision,” he added. 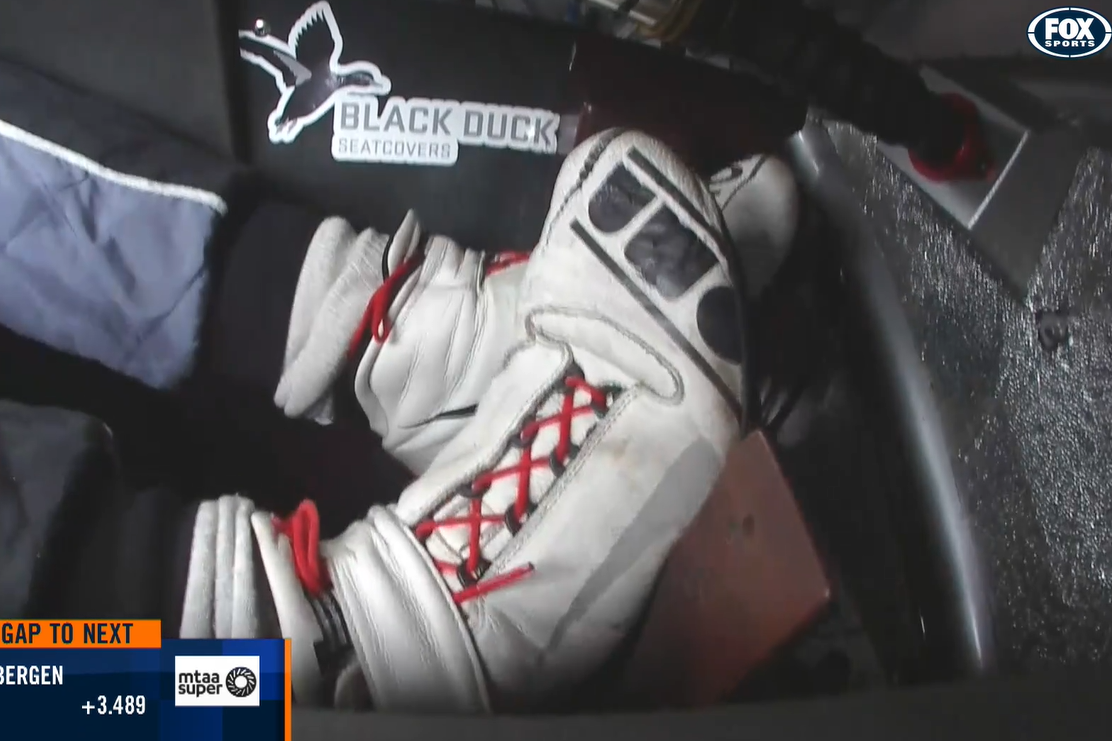 Todd Hazelwood downshifts at The Bend in 2020 Picture: Fox Sports

Van Gisbergen is certainly not the only driver, past or present, to have been blunt about their thoughts on paddle shift or automatic blip.

That, in part, is because the better drivers are able to use manual down changes to lock the rear wheels and help rotate the car, which promotes passing, as Morris demonstrated at Norwell Motorplex.

Greg Murphy, who won the Great Race four times, argues that heeling-and-toeing is exciting for drivers to do and for fans to watch, and what is now a relatively unique attribute in the modern motorsport landscape must be retained.

“We know that Supercar drivers are as good as just about anyone in the world, and part of that process is the learning phase, and the difficulty of not having ABS, not having traction control, having a manual gear shift with a clutch…” he said.

“All that stuff, and being able to manage all those components, and do it well, and do it great, and drive these cars around places like Bathurst, at the speed that they do, in such a beautiful way, because they’re at the top of their game.

Murphy’s opinion is similar to that of a current race-winning driver, who did not wish to be named, that told Speedcafe.com, “I think heel-toeing is something that is very unique around the world these days.

Nick Percat was unequivocal in an interview published in mid-January by Fox Sports when he declared that “the minute they go to paddles … is probably going to kill my love for Supercars.”

Mark Winterbottom has broken ranks from the prevailing opinion among his peers, but only partially.

While the 2013 Bathurst 1000 winner is not fussed about paddle shift given he makes it to not be especially different, in principle, to the current sequential lever, he is also opposed to automatic blip.

Winterbottom named that, traction control, and ABS as “the three [driving aids] that we probably need to make sure we never put it in.”

Supercars has previously nominated a mid-year track debut for Gen3.