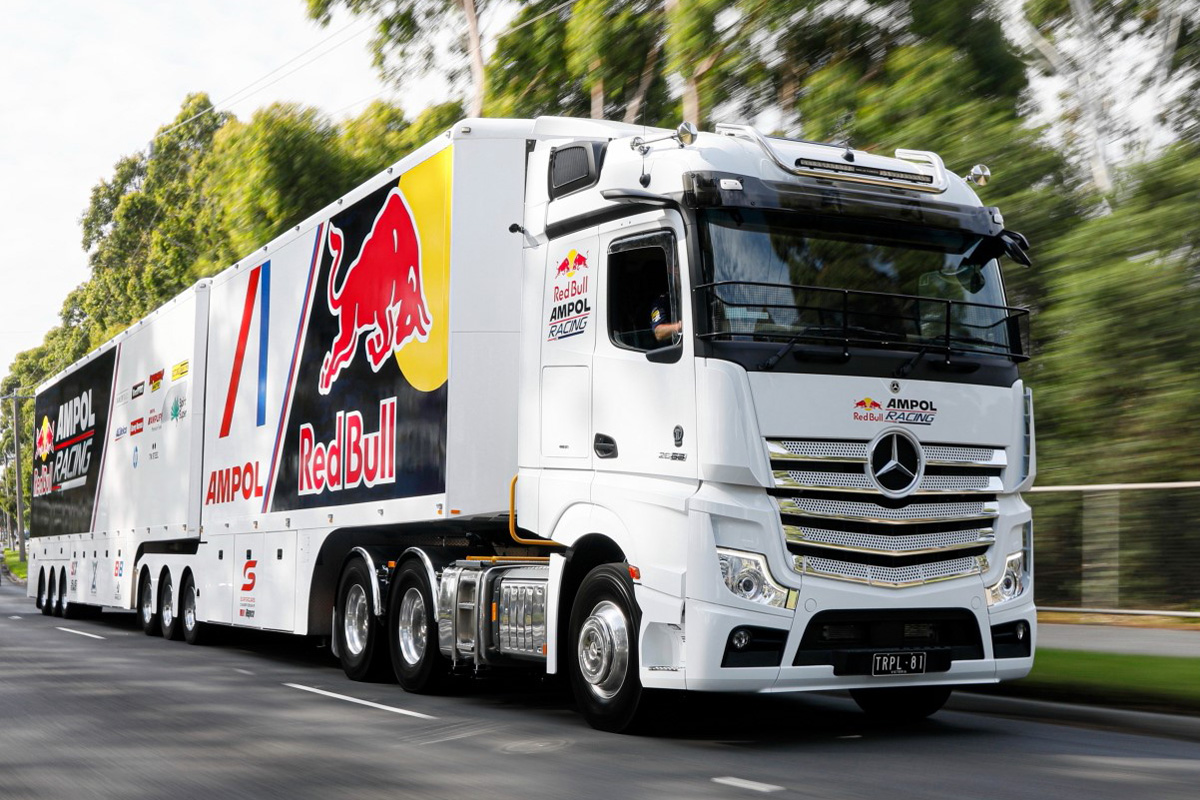 Red Bull Ampol Racing has collected a new Mercedes-Benz Actros to do its heavy lifting across the remainder of the 2021 Repco Supercars Championship.

Whincup ventured down to Daimler Truck and Bus’ headquarters in Victoria to pick up the vehicle, taking it for a spin of his own.

“The cab is a real standout,” said Whincup, who has his multi-combination heavy vehicle licence.

“It’s really impressive how much of the technology you see in Mercedes-Benz cars is also in these trucks.

“These screens and the touch controls on the steering wheel are excellent, because it’s really easy to keep on top of everything.” 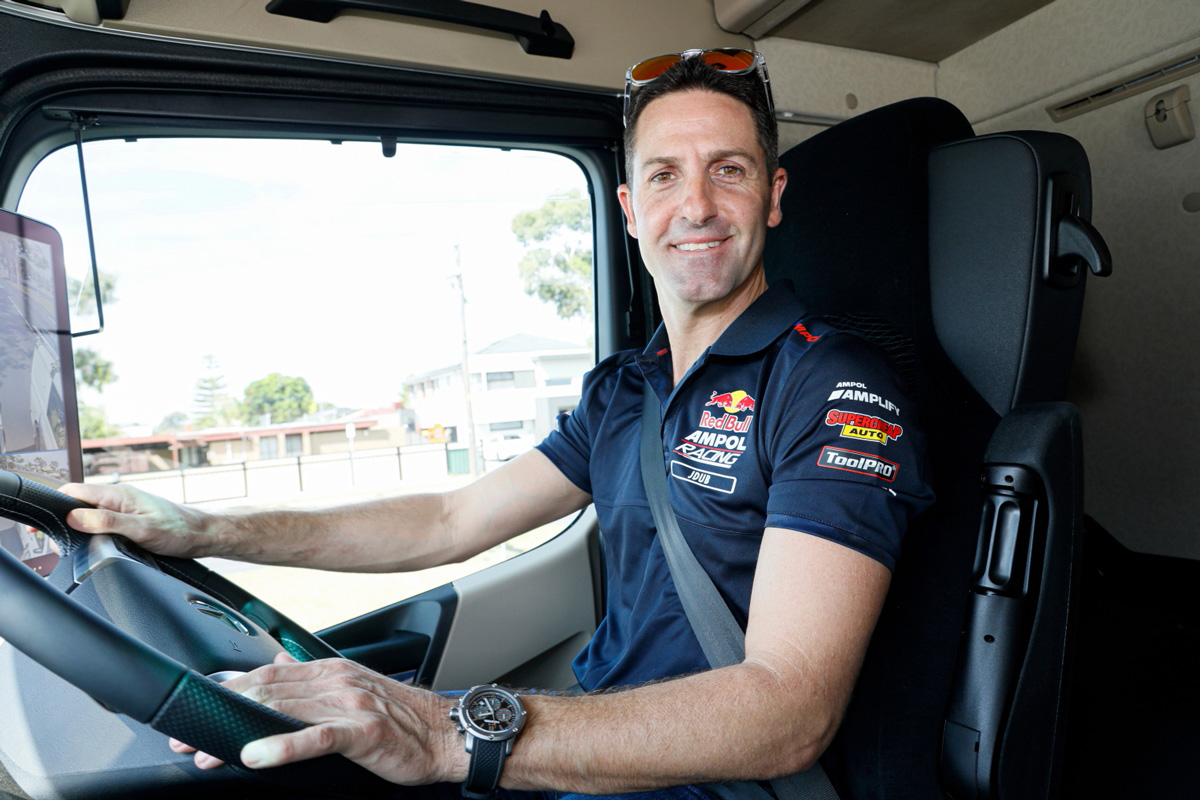 Whincup behind the wheel of the Actros

Whincup, who will retire from full-time driving at season’s end to take over as team principal, welcomed Daimler Trucks aboard as a sponsor and truck supplier.

“We always want to work with the leaders in each field and it’s clear that Daimler Trucks is a leader with advanced trucks like this Actros,” said the 38-year-old.

The lion’s share of transporter driving will fall to the team’s regular trucker Dave Lewin.

It’s not the first Mercedes experience for the Brisbane-based team, though, given it runs a Mercedes-AMG GT3 Evo in the Fanatec GT World Challenge Australia for van Gisbergen and Prince Jefri Ibrahim.