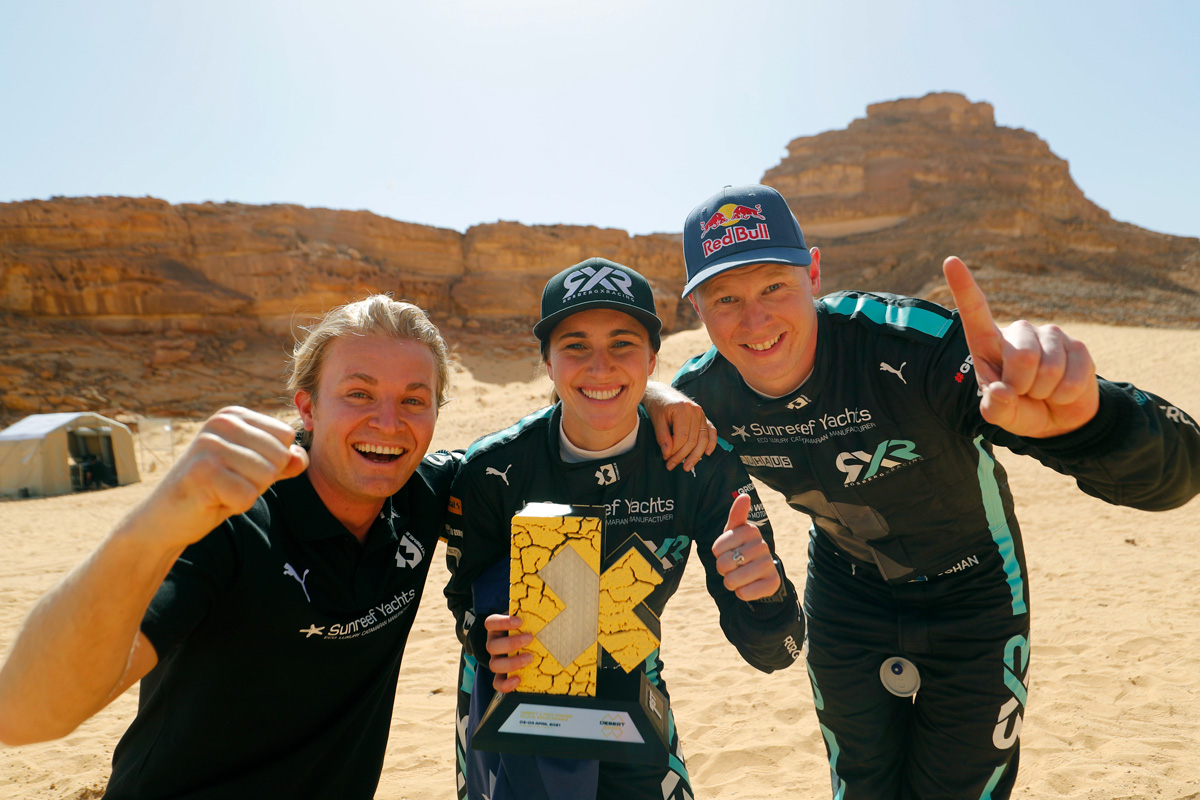 Molly Taylor admits she had to stop herself a few times to realise the Formula 1 world championship-winning company she was in during the inaugural Extreme E event.

Taylor and Johan Kristoffersson won the all-electric category’s debut round earlier this month, the Desert X Prix in Saudi Arabia.

Asked on the latest Parked Up podcast about dealing closely with the likes of Rosberg and 2009 F1 champion Jenson Button, Taylor conceded a sense of surrealism.

“I don’t think I’m fully to terms with that yet,” she said.

“Just having Nico so hands-on with the team, so just in every debrief chatting before and after every race, when you get into the swing of it, then you sort of have to have these conversations in the moment and you just get on with it and then you realise, ‘whoa, what’s going on here?’

“Even we were having a chat after one of the races and I was just chatting to Jenson about a technical thing with the car [when] I just stopped myself halfway through and was like ‘Jesus, who am I just having this casual chat with?’

“It’s an insane platform that they have put together, in every respect.”

Taylor spoke to the way in which Extreme E is using sport as a platform for the climate change message.

All five rounds in 2021 are hosted in locations that have been affected by climate change, with competitors taking part in legacy projects while in town.

Next up is the Ocean X Prix in Senegal; Taylor is in the dark about the exact racing challenges to be faced there.

“We’ve been given a few pictures but that’s all,” she said of the course for the May 29-30 event.

“We basically don’t see where the track is. Like essentially they say it’s going to be on a beach… and that’s what we know.

“So it will be the case, like in Saudi, we turned up on Thursday and then they said follow the flags and go out and try to do a recce run.

“We essentially don’t know what the track itself will be until we get there, so it’s all part of the experience but we’re hoping we can keep the form.

“Every session we did we were the fastest in our session so that’s a great way to start. The times are really close so it’s not a case of resting on that performance but I think it’s a good start.

“The more time we get in the car, the more we learn and then hopefully we can just keep going that way.”

The final three rounds will be the Arctic X Prix in Greenland (August 28-29), the Amazon X Prix in Brazil (October 23-24), and the Glacier X Prix at the southernmost tip of Argentina (December 11-12).