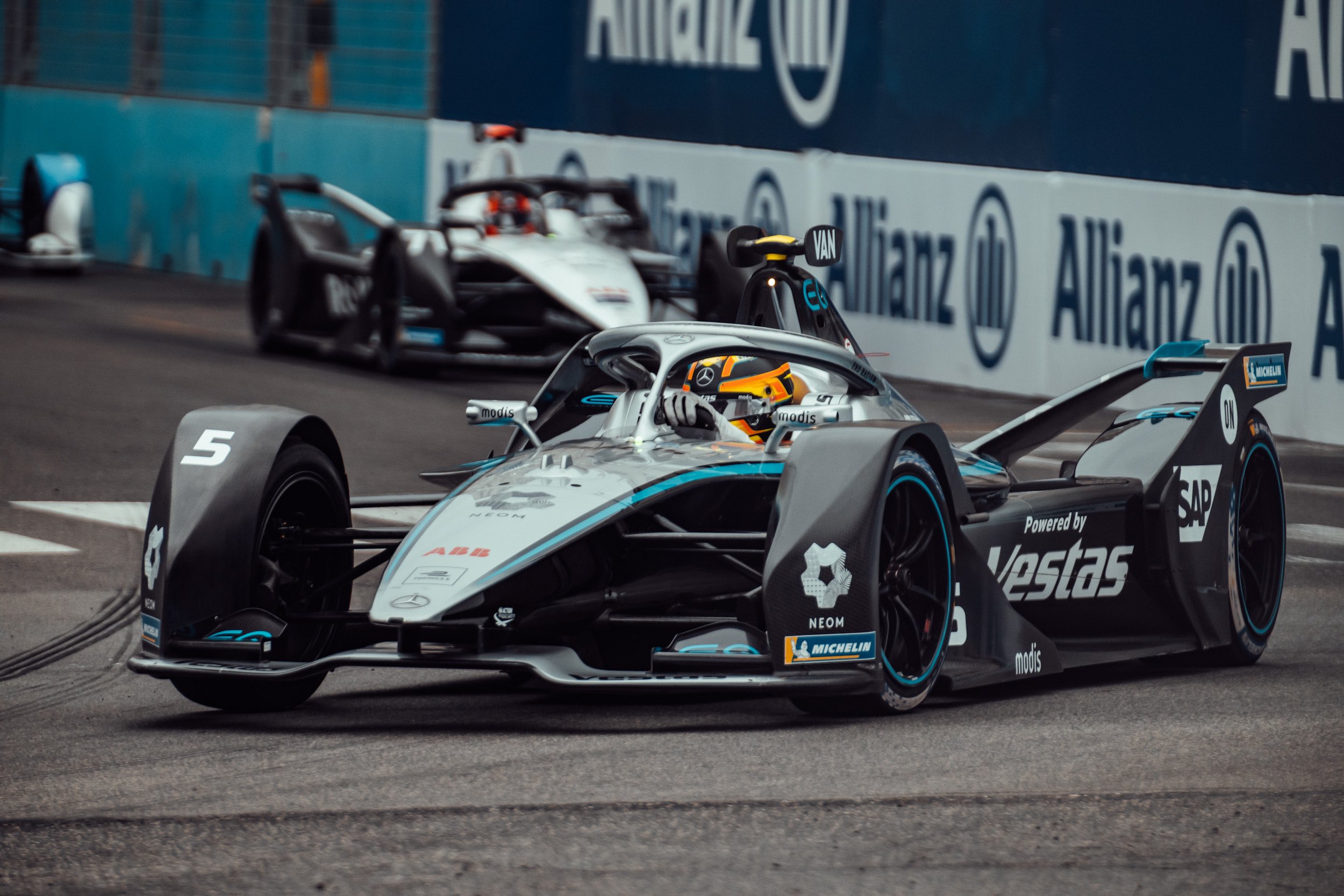 Mercedes-EQ driver Stoffel Vandoorne survived a late-race Safety Car to win the fourth round of the FIA Formula E World Championship in Rome.

After Jean-Eric Vergne won the first leg of the Rome E-Pri double-header, Vandoorne dominated a similarly frantic affair in Italy.

Having claimed pole position earlier in the morning, Nick Cassidy led the field to the Green Flag in the Envision Virgin Racing entry.

However, his time at the front lasted little more than a few hundred metres as he locked up under brakes and spun.

The Kiwi blamed a software issue for the spin, which dropped him from top spot down to 11th in the order.

With Cassidy out of the way, Venturi Racing driver Norman Nato was handed the lead, though he too spent very little time at the front.

Porsche pilot Pascal Wehrlein made a squirrelly pas under brakes, locking his rear wheels as he passed the Frenchman.

Having made up a couple of places, Cassidy’s day went from bad to worse.

Nissan’s Oliver Rowland took his first serving of Attack Mode and tried to sneak down the inside of Cassidy, but wasn’t far up enough and clipped the Kiwi, sending him into the Tecpro barriers.

Cassidy got back underway, albeit sporting bodywork damage and a right rear puncture.

A collision between he and Sebastien Buemi of Nissan with 30 minutes to go resulted in the Audi Sport driver spearing hard into the wall on the front straight.

Yellow Flag conditions slowed the field as the Brazilian’s car was recovered and debris removed.

Just moments before the Yellow Flag, Vandoorne made his way past Wehrlein for the lead as the latter took his second serving of Attack Mode.

Mahindra Racing driver Alexander Sims caught Wehrlein napping as the Green Flag flew, sneaking past on the run up to the start-finish line.

With 25 minutes to go, Vandoorne had established a handy lead over Sims and Wehrlein.

While Vandoorne stretched his leg out in front, team-mate Nyck De Vries was surging through the field and into the top 10.

His charge got him up to ninth, but with a little over 20 minutes to go, he locked up and flew down an escape road.

Vandoorne looked unlikely to be challenged late in the piece having established a five-second lead over Sims.

However, the ex-Formula 1 driver wouldn’t get an easy passage through to the chequered flag as Rene Rast crashed heavily, capping off a horror weekend for the Audi Sport team.

After a brief Safety Car intermission, Vandoorne led the field across the line for the final lap of the race with the field in tow.

Aided by his Fan Boost, Vandoorne would ultimately remain unchallenged.

Sims came across the line in second with Wehrlein third. Mortara would claim fourth while Gunther completed the top five.

The final lap of the race was punctuated by a three-car crash triggered by De Vries, who careened into the side of championship leader Bird and Rowland.

De Vries and Bird would come to a halt while Rowland spun his car around to take the chequered flag.

The FIA Formula E World Championship continues with another double-header, this time in Spain at Circuit Ricardo Tormo, Valencia across April 24-25.