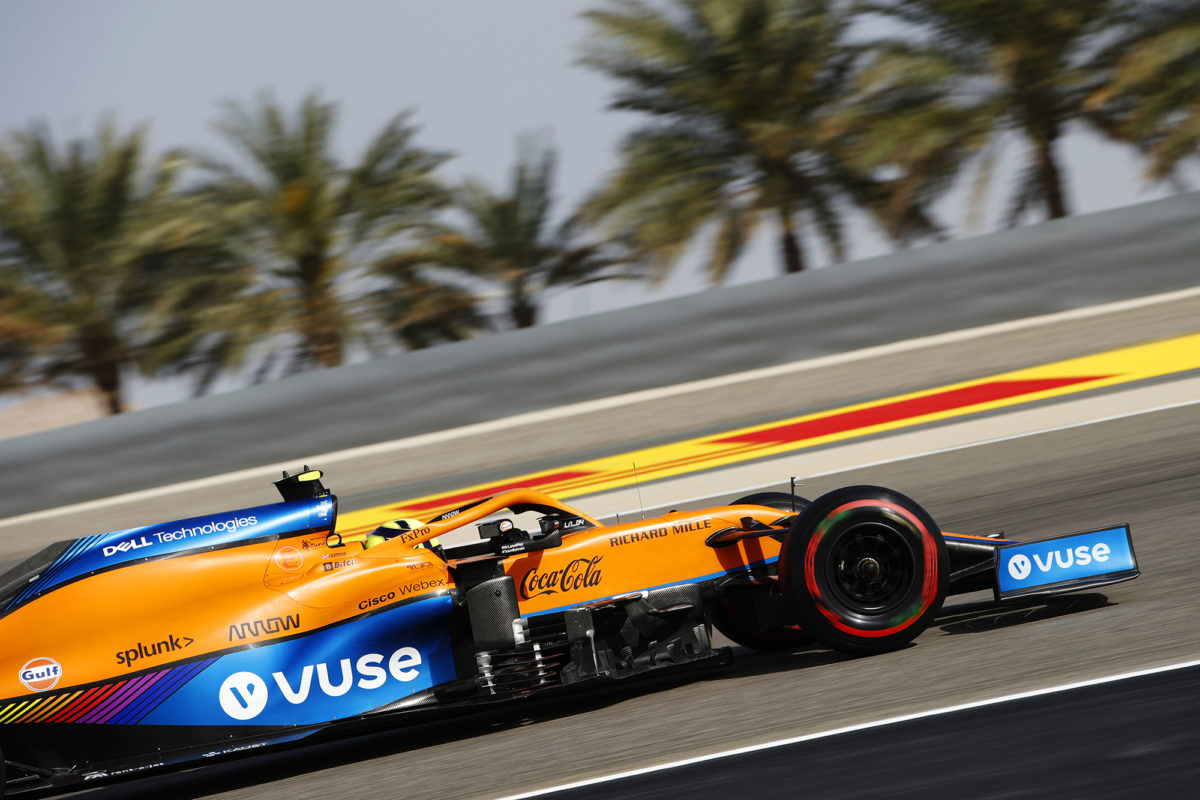 Lando Norris at the wheel of the McLaren MCL35M

One race into its renewed relationship with Mercedes, and McLaren boss Andreas Seidl can see there’s more to come.

The double points-paying result has left McLaren third in the constructors’ championship behind the factory Mercedes team and the Honda-powered Red Bull.

That saw much of its allowed off-season development spent integrating the Mercedes engine into the MCL35 – a car which has since become known as the MCL35M.

It then underscored that at the opening race of the year, though was perhaps not as close to the leaders as many had suggested it might have been.

Instead, it remained at the head of the midfield, primarily battling with Ferrari rather than nipping at the heels of the two teams ahead.

For Seidl, it was a positive start to the new technical relationship. “I’m sure that we also learned during [the Bahrain] weekend now several things which we will benefit from when we go into these next race weekends.

“It was the first time that we had to work together and deliver under the pressure of a race weekend,” he added.

“But everything I can see at the moment went really, really well.

“From Mercedes and our team, great teamwork together with both drivers.

“I’m very happy with them.”

Formula 1 heads to Imola next weekend for the Emilia Romagna Grand Prix, opening practice for which begins at 19:30 AEST on Friday.