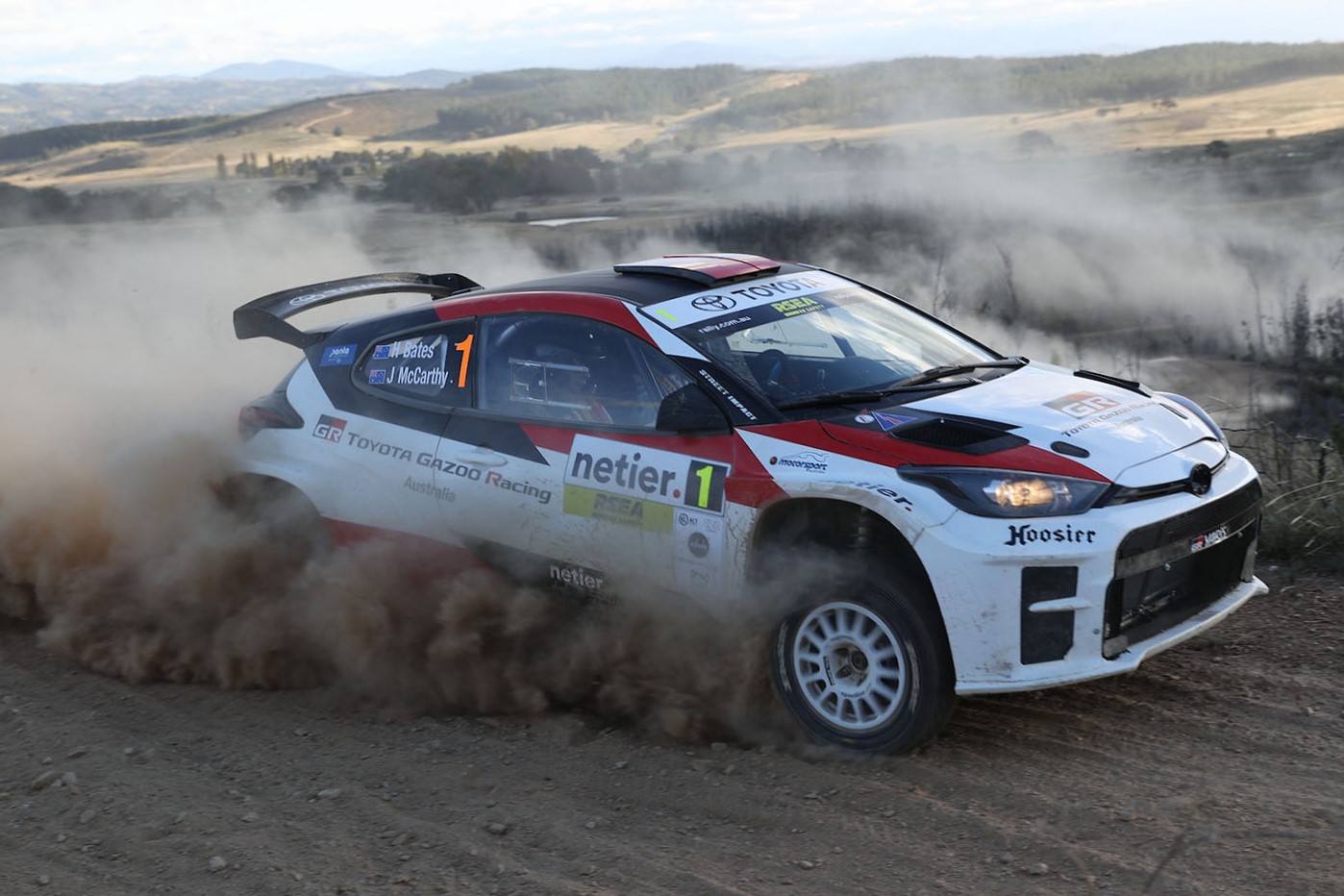 Harry Bates and co-driver John McCarthy have taken a commanding lead on the first day of the Netier National Capital Rally.

The day wasn’t without its drama, however. Harry rolled into Saturday morning’s service with a boost issue, though that was quickly rectified and allowed him to stretch his legs.

“We’re completely stoked with the day,” said the rally leader at the close of play on Saturday.

“We didn’t come here expecting to have such a flawless day like we have so we stoked with not only our times but with the progression we made throughout the day.

“We had little niggles and dramas that we were always going to have with a new car, especially since we hadn’t done the testing we would have liked before this weekend, but I am so happy with the work the team has put in the car.

“We built up a good lead today, which is what we wanted to do and now we have to make sure we continue this rhythm and get through [Sunday] morning without drama. And then it all becomes about the power stage in the afternoon.”

Team-mates Lewis Bates and Anthony McLoughlin in the sister Toyota GR Yaris AP4 looked threatening late in the day, claiming Special Stage 6 and Special Stage 7 wins to bring the margin down to 50 seconds.

However, Harry’s efforts in the final stage of the day, Special Stage 8, saw the gap sit at a little over a minute going into Sunday.

“Credit to the team and at Neal Bates Motorsport. We have debuted two new cars this weekend and they have been faultless and a joy to drive.

“I think it’s a confidence-inspiring car, which is always nice for a driver. Wants to make you attack even more.

“The stages are very difficult. The afternoon loops were rough and bull dusty, so it was really challenging and pretty hard on the cars.”

The second day in the Netier National Capital Rally gets underway at 09:25 AEST.

The Motorsport Australia Rally Championship field will take in six stages, with the event’s closing Hyles Short Power Stage live on 7plus at 14:05 AEST.