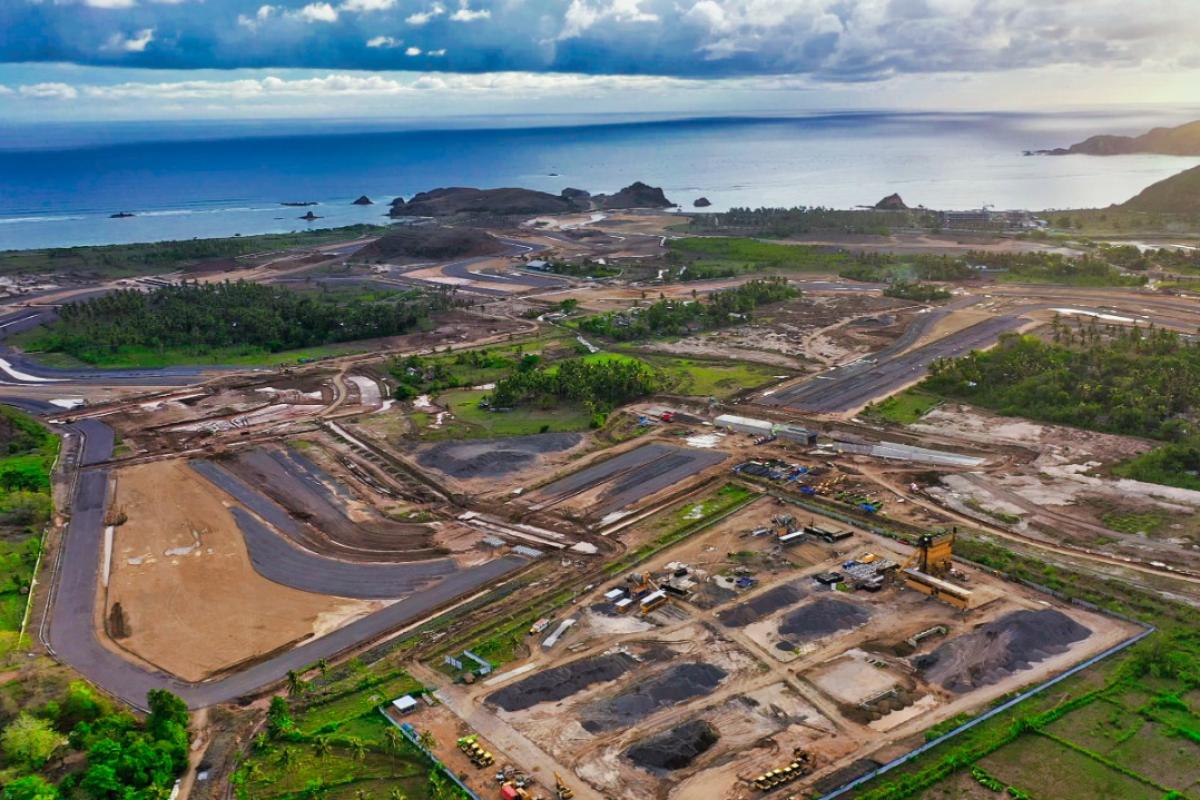 The United Nations says human rights violations have taken place at a $3 billion tourism site where MotoGP is set to race in 2022.

In a report released on March 31, human rights experts said “aggressive land grabs, forced evictions of indigenous peoples, and intimidation and threats against human rights defenders” had occurred on the island of Lombok.

The island is currently the scene of a tourism project, which includes the building of a street circuit for MotoGP and the Superbike World Championship.

The site will eventually be home to parks, luxury hotels, resorts, and a water park among other facilities.

The United Nations has criticised one of the primary investors, the Asian Infrastructure Investment Bank (AIIB), for not identifying, preventing, mitigating, and accounting for “how they address adverse human rights impacts” under the United Nations Guiding Principles.

“Farmers and fisher folks have been expelled from their land and have endured the destruction of their houses, fields, water sources, cultural and religious sites, as the Government of Indonesia and the ITDC (Indonesia Tourism Development Corporation) groomed Mandalika to become a ‘New Bali’,” said Olivier De Schutter, UN Special Rapporteur on extreme poverty and human rights.

Experts said local residents had been subject to threats and intimidation and had been evicted from their land without compensation.

The United Nations reports the Indonesia Tourism Development Corporation did not compensate or settle land disputes.

“In light of the dark history of human rights violations and land grabs in the region, the AIIB and businesses cannot look the other way and carry on business as usual,” the United Nations experts said in a statement.

“Their failure to prevent and address risks of human rights abuses is tantamount to being complicit in such abuses.

“The Mandalika project puts Indonesia’s laudable commitments to the Sustainable Development Goals and its underlying human rights obligations to the test.

De Schutter added, “Large-scale tourism development that tramples on human rights is fundamentally incompatible with the concept of sustainable development.

“The time has passed for racing circuits and massive transnational tourism infrastructure projects that benefit a handful of economic actors rather than the population as a whole.

“Post-COVID economies should focus on empowering local communities, enhancing their livelihoods and participation in decision-making.

“We urge the Indonesian Government to ensure that the ITDC respects human rights and the rule of law, as well as the AIIB and private businesses not to finance or engage in projects and activities that contribute to human rights violations and abuses.”

It is anticipated the Superbike World Championship will race at the venue later this year while MotoGP is slated to make its debut at the circuit in 2022.