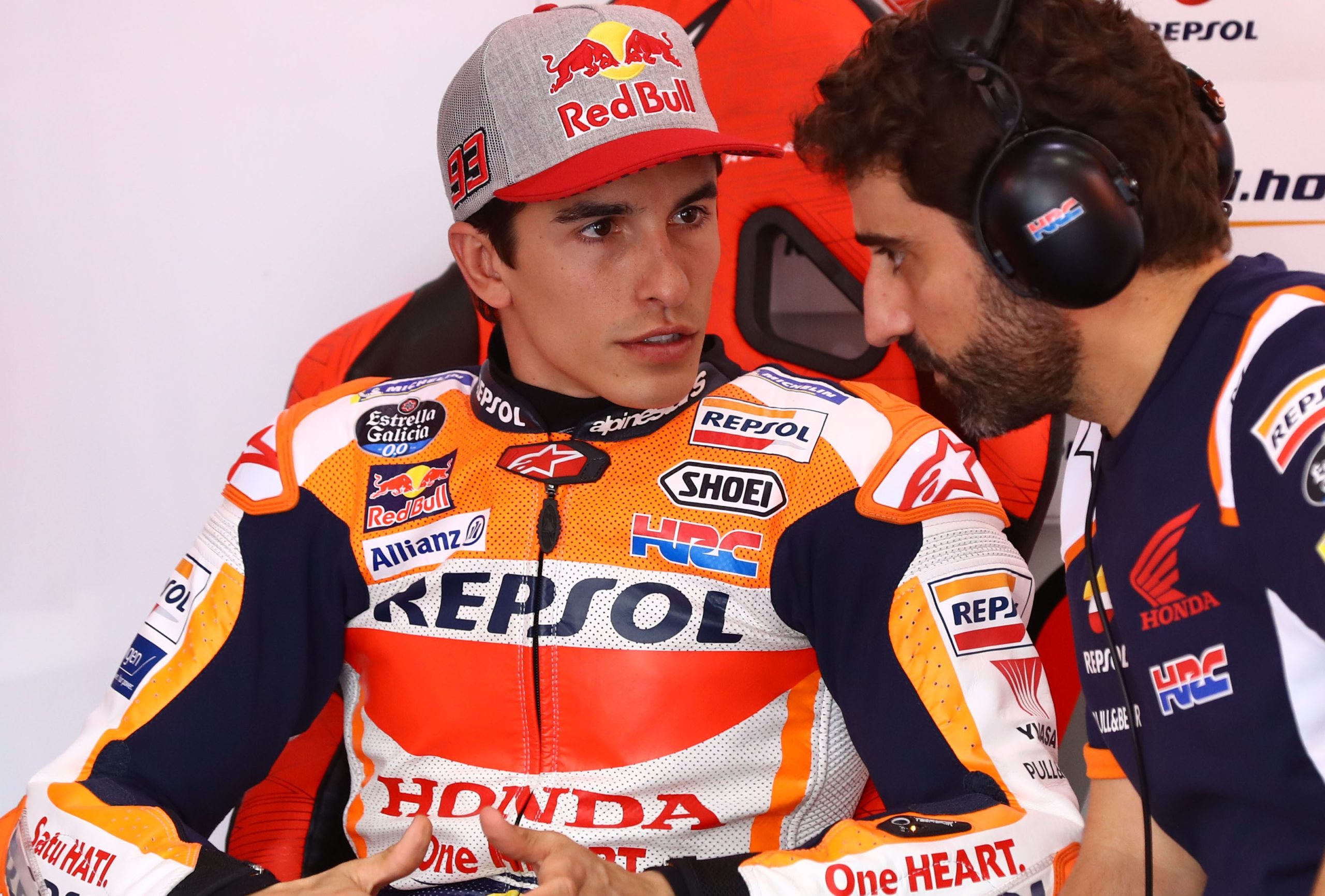 Marc Marquez is set to return to MotoGP in Portugal

Marc Marquez has been given medical clearance to make his MotoGP return in Portugal next week.

It comes nearly nine months after suffering a broken right arm due to a crash in the opening round of the 2020 season at Jerez.

Attempts to return at the following event at the same circuit were unsuccessful, and Marquez ultimately sat out the rest of the season.

He would undergo three surgeries throughout the year, the most recent of which took place in December.

Now, the 28-year-old is set to return for the third round of the 2021 season at the Algarve International Circuit for the factory Honda team.

“In the review carried out on Marc Marquez by the Hospital Ruber Internacional medical team, four months after surgery, led by Doctors Samuel Antuña and Ignacio Roger de Oña, and made up of Doctors De Miguel, Ibarzabal and García Villanueva, for an infected pseudoarthrosis of the right humerus, a very satisfactory clinical condition was found, with evident progress in the bone consolidation process,” a statement from the team read.

“In the current situation, Marquez can return to competition, assuming the reasonable risk implicit in his sporting activity.”

Although Marquez hasn’t ridden a MotoGP-spec bike since July last year, he has piloted a Honda RC213V-S in recent weeks.

“Yesterday I visited the doctors and they gave me the green light to return to competition,” Marquez wrote on Twitter.

“They have been nine difficult months, with moments of uncertainties and ups and downs, and now, I will be able to enjoy my passion again!

“See you next week in Portimao!!”

This year’s MotoGP championship was led by Johann Zarco of the factory Ducati team.

The first two races of the season were won by Yamaha riders Maverick Viñales and Fabio Quartararo respectively.