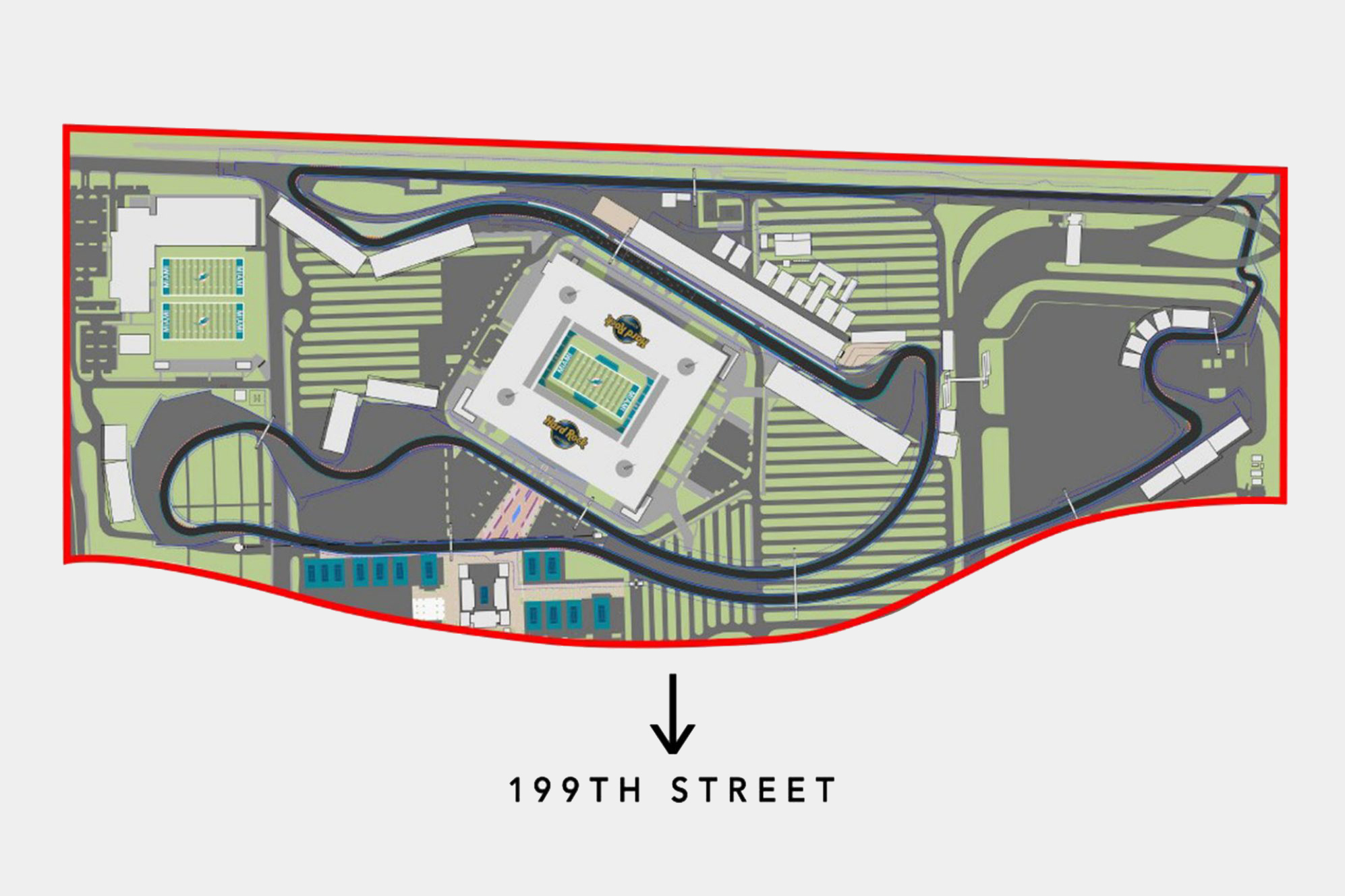 The proposed layout for the Formula 1 Miami Grand Prix

Plans to host a second Formula 1 race in the United States have been given a boost by the Miami Gardens Mayor.

In 2018 the Miami City Commission approved plans for a Grand Prix to be held on the streets of Miami the following year.

However, sign-off for the event was postponed, with organisers shifting their attention towards a 2020 race.

Originally, plans were in place to have Formula 1 compete in downtown Miami in the Central Business District.

However, the decision was made to move the race north of Miami to the Hard Rock Stadium in Miami Gardens.

Since then, the event has struggled to get off the ground due to the coronavirus pandemic and opposition from residents causing headaches for organisers.

Amid efforts by the community to stop the race from going ahead, Miami Dolphins and Hard Rock Stadium owner Stephen Ross and Mayor Rodney Harris have offered a compromise.

A proposed memorandum of understanding, which is set to go to a vote next week, would see the city receive USD $5 million in funding for residents and businesses.

Organisers have pledged to create a STEM programme in the city to provide residents with internships.

Noise mitigation barriers would be erected with noise and air quality monitored during the event.

Already, organisers have altered the proposed layout to no longer use 199th Street.

The council will vote on Wednesday (local time).