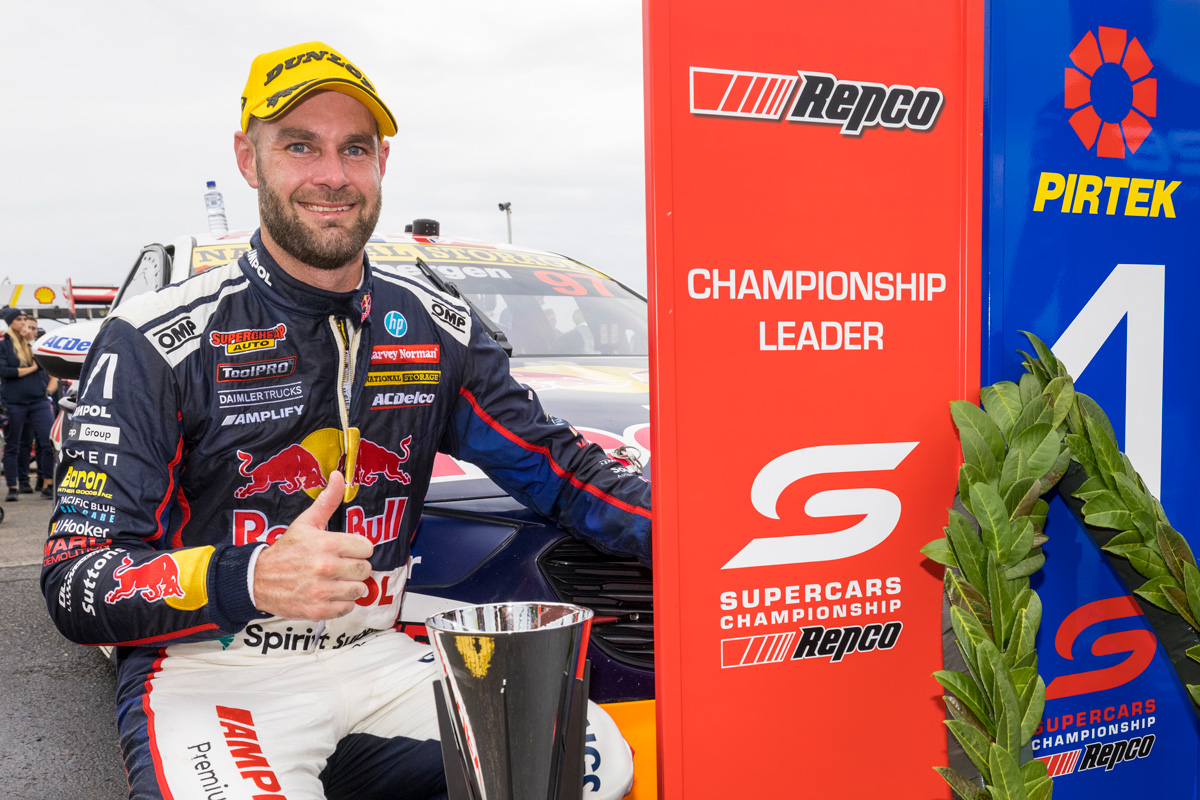 Shane van Gisbergen has offered a comically blunt assessment of why he has dominated proceedings to date in the 2021 Repco Supercars Championship.

The Red Bull Ampol Racing driver has won all five Supercars races this year across events at Mount Panorama and Sandown to quickly open up a 150-point buffer atop the standings.

McLaughlin was the dominant driver in the four years that followed, narrowly missing out on the 2017 crown to Jamie Whincup before rampaging to three consecutive championships.

Soon after completing his three-peat, McLaughlin announced his long-anticipated departure to the American-based IndyCar Series, with DJR subsequently settling on a double driver change in the form of Will Davison and Anton De Pasquale.

Thus far, no one bar Tickford Racing’s Cameron Waters has looked like stopping van Gisbergen, who has also won other events including the New Zealand Grand Prix and the recent Bathurst 6 Hour.

Asked on New Zealand radio show The Rock’s Morning Rumble what was behind his stunning run, van Gisbergen’s response promptly drew a barrage of laughs.

“I don’t know. My team is just awesome at the moment and the car is good, so I’d love to be racing Scotty because I feel like we would be a real shot to give him a crack this year, but I’ll be supporting him in the States.

“For me, certainly it’s been awesome to be up the front, I’m loving it.”

The #97 driver added he does hope his 2021 results are due to a genuine step forward, and not simply his Kiwi countryman’s departure.

“I’m a friend of his and as a competitor you hate the guy because he’s so good, but I hope to think that we are getting better and we have improved this year, but you just never know,” said van Gisbergen.

“Could we have been as good as him this year? Who knows?

“It would have been great to find out but unfortunately we won’t.”

Van Gisbergen will be out to extend his six-race Supercars winning streak, dating back to the 2020 Bathurst 1000, at Round 3 at Symmons Plains, Tasmania, on April 17-18.