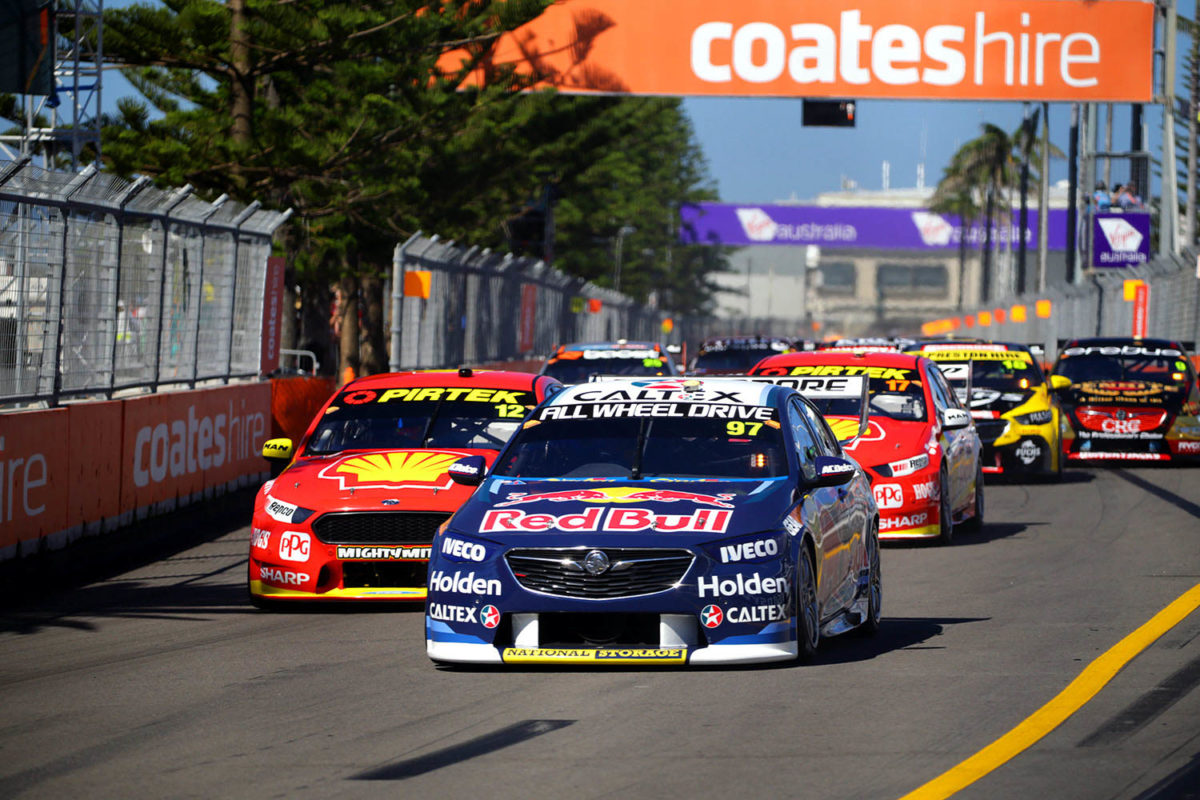 The final event of the 2018 season, the most recent to feature 26 full-time entries

Supercars has launched a market tender for the spare Racing Entitlements Contracts (RECs) which could see the Championship grid expand to 26 full-time entries in 2022.

The full-time contingent has been stable at 24 entries for the past three seasons, including the present, despite several RECs changing hands and/or being leased during that period.

What is considered a capacity grid, save for wildcards, was last seen in the 2018 season, at the end of which one REC was handed back by Triple Eight Race Engineering with the retirement of Craig Lowndes, and another by Tickford Racing as it brought the 23Red car into its workshop.

The grid could be back up to 26 cars again in 2022, with Supercars calling for parties to formally express their interest by close of business (17:00 AEST) on Friday, April 23.

The development comes shortly off the back of investment into Triple Eight from Tony Quinn and what is now known as Kelly Grove Racing by the Grove family, which has buoyed category CEO Sean Seamer.

“We’ve recently had new team owners join the Repco Supercars Championship, with the likes of Tony Quinn and Stephen Grove coming onboard in 2021,” said Seamer.

“Supercars has already received interest from several parties to purchase these RECs.

“The Championship’s competitive racing is the envy of the motorsport world and the interest we have received points to a bold, confident and exhilarating future for the Championship.”

One party whose interest in a spare REC would be unsurprising is Tickford, given it sought a fourth late last year in order to field Thomas Randle on a full-time basis in 2021.

The Campbellfield squad signed Randle to a multi-year deal which therefore keeps him on the books for 2022, although he has no Will Brown-style guarantee of getting a seat of his own.

Tickford had been left short a REC when Phil Munday sold that which had been used for 23Red Racing, and then leased to Boost Mobile Racing when his own concern collapsed, to Brad Jones Racing.

The latter had found itself in the same situation as Tickford, until landing the 23Red REC, after the Blanchard Racing Team chose to go out on its own having been a customer of BJR’s for four years.

Gen3 is likely to be another key factor in how the tender plays out.

The new ruleset, which is slated to take effect next year when the spare RECs would come back into service, promises a dramatic reduction in upfront and ongoing costs which could entice new competitors, or the expansion of existing operations.

The introduction of Gen3 does, however, impose on prospective entrants the need to either build all-new cars or source supply from an incumbent, rather than being able to obtain used cars.

There is an allowance for up to two to four wildcards at most events of the 2021 Repco Supercars Championship, the exceptions being the trips to Townsville and New Zealand.

Next up is the Beaurepaires Tasmania SuperSprint at Symmons Plains on April 17-18.