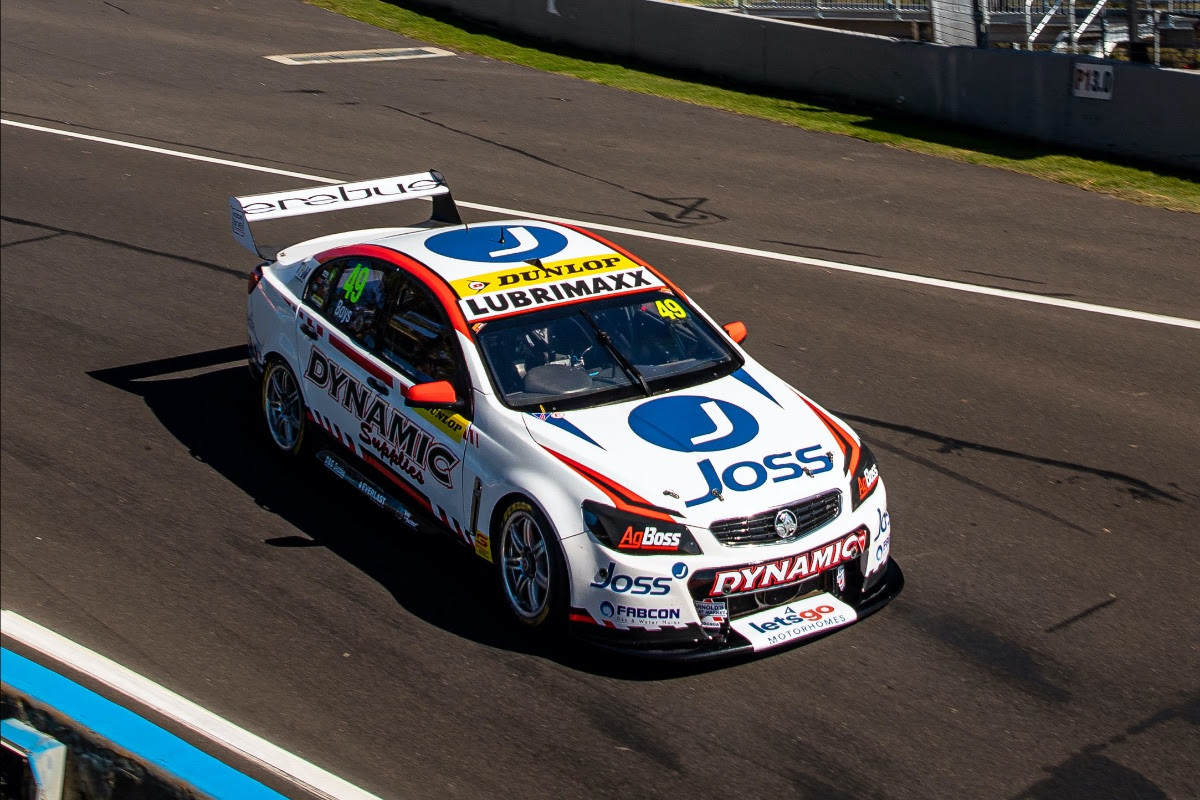 Erebus Motorsport boss Barry Ryan says that Image Racing and Jordan Boys are victims of “a political situation” after they were disqualified from a Dunlop Super2 Series race at Bathurst.

Image is closely aligned to Erebus, being a customer as well as part of its academy structure which saw Will Brown placed at the Terry Wyhoon-owned squad last year and Jaylyn Robotham assisted in landing that seat this year.

It had been leading the Super2 Series after Round 1 on the undercard at the Mount Panorama 500, where Boys took out Race 2, until stewards found that the engine used in the #49 VF Commodore was illegal.

According to stewards, it exceeded the maximum accumulated engine power number and did not comply with its engine specification document, nor any other issued to engine builder Walkinshaw Racing.

Walkinshaw, in response, claimed that Supercars had given permission to use a development cylinder head due to stock shortages arising, in part, due to the new engine specification which took effect in last year’s Supercars Championship.

Now, Erebus has moved to affirm its support of Image.

“Erebus Motorsport and Image Racing have shared a solid racing and business relationship for more than three years now and we hope this will continue well into the future,” said Ryan in a statement issued by the team.

“Erebus Motorsport supports and will continue to support Image Racing and its owners Terry and Dana Wyhoon 100 percent.

“We are extremely disappointed that they have become an innocent victim in a political situation around engine legality.”

Erebus also drew attention to the stewards’ observation about Image’s “previously unblemished record” in Super2, in a statement which has been reproduced in full below.

The Bathurst 1000-winning squad also takes engine supply from Walkinshaw Racing, which it has been a customer of in some form since switching from Mercedes-AMGs to Holdens in 2016.

Erebus Motorsport has today extended its support to Image Racing following Motorsport Australia’s verdict regarding the opening round of the Super2 Championship at Bathurst.

Erebus has aligned itself with Terry Wyhoon’s Super2 and Super3 team for over three years through its Erebus Academy.

They are confident that Image Racing was an innocent party with no intent to circumvent the rules and at all times were of the belief that the engine was compliant.

The stewards report confirmed that Image Racing has a previously unblemished record, and it was reliant upon Walkinshaw Racing to supply a complying engine.

The engine in question was built by WR during the COVID-19 lockdown in Melbourne during 2020.

WR were of the understanding that the engine, which used a development cylinder head, was permitted to be used and the decision for its use was not made for performance but due to the availability of parts during a worldwide pandemic.

It is disappointing that Image Racing and driver Jordan Boys have been disqualified from Race 2 and subsequently lost the lead of the Championship.

Erebus CEO Barry Ryan commented: “Erebus Motorsport and Image Racing have shared a solid racing and business relationship for more than 3 years now and we hope this will continue well into the future.

“Erebus Motorsport supports and will continue to support Image Racing and its owners Terry and Dana Wyhoon 100%.

“We are extremely disappointed that they have become an innocent victim in a political situation around engine legality.”

Erebus looks forward to supporting Image Racing in their next round of the Super 2 Championship at Winton and well into the future.