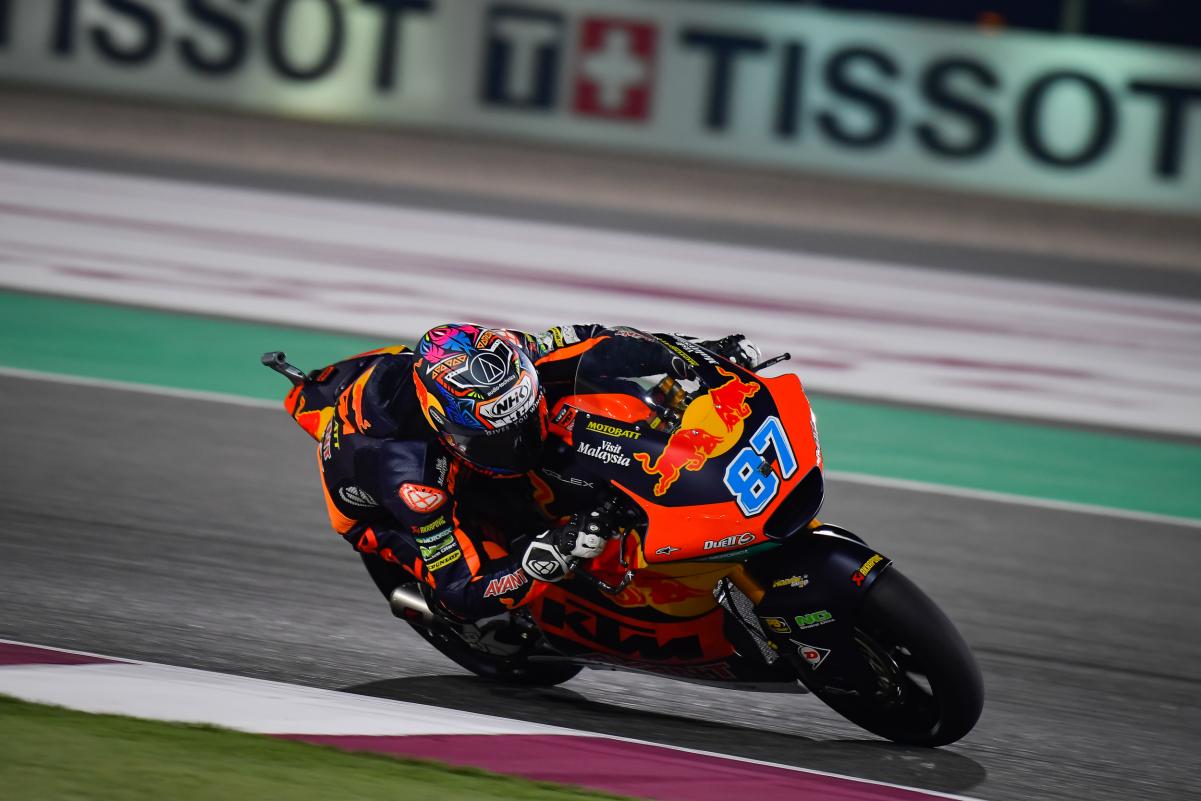 Remy Gardner is confident that he will be racing in MotoGP as soon as next year, having hoped to be there already.

Gardner moved to Red Bull KTM Ajo for the 2021 Moto2 season, which he has started with second placings in each of the first two races, in Qatar.

The 23-year-old had already fielded interest from KTM, which offered him a MotoGP ride after Johann Zarco split from the manufacturer midway through 2019.

On that occasion, he opted for another year in Moto2 in order to gain more experience, but wanted to be in the premier class in 2021.

Patchy results in the first half of the 2020 campaign meant that Gardner missed out, but he is now firmly part of the KTM talent ladder.

“I wanted to be up this year, honestly,” he told the In the Fast Lane podcast.

“But as COVID hit, it kind of got a little bit complicated and, unfortunately, I didn’t have a very good start to the first half of the season and couldn’t show the results that I needed.

“Unfortunately, I didn’t get up, but in the end, that’s another opportunity to go for the Moto2 title and obviously looking to go up for next year.

“The good thing is, that door’s already halfway open with KTM and hopefully they believe in me.

“I’ve got to go out and show my stuff first in Moto2, but once I do my job well in Moto2, everything will come.”

MotoGP race winners Miguel Oliveira and Brad Binder both came through the Red Bull KTM Ajo pipeline, riding for the Finnish team in Moto2 and Moto3.

While they now share the factory KTM team’s garage, another former Ajo pilot in Jorge Martin last weekend qualified on pole for his second MotoGP race and went on to finish on the podium in the Doha Grand Prix aboard a Pramac Ducati.

Gardner expressed a preference for KTM, which placed Iker Lecuona and Danilo Petrucci at satellite team Tech3, but is not averse to going elsewhere in order to get his big break in MotoGP.

“I think KTM would be happy to keep me in the family as they’re investing money in me now,” he suggested.

“It’d be cool to go up with KTM, they’ve got a strong package, I think, and every year it looks like it just gets better.

“Hopefully they believe in me and maybe next year we can make the move up, but if there’s no spots or whatever, obviously I’ll try and look somewhere else.”

The Sydney native struggled at times last year with an outdated Kalex while at the Stop and Go Racing Team, although he did end the season with a first grand prix win.

He is aboard a Kalex again in 2021 and, while somewhat coy about how the bikes differ, pointed to the professionalism of Ajo Motorsport as a key difference.

“It’s probably a little bit more rear grip, but in the end that can create other issues, so it’s about managing that. It’s similar.

“What I do notice is the professionalism in the team, and the amount of parts we have to try; it’s just on another level.”

While laughing that team boss Aki Ajo is “a hard bastard”, the second-generation rider acknowledged that he has what he needs to succeed.

“He keeps you centred and concentrated and keeps you on your toes which is good,” added Gardner of Ajo.

Gardner is second in the championship to Sam Lowes, who won each of those two grands prix at Losail, on the way to Round 3 at Portugal’s Portimao on April 16-18.