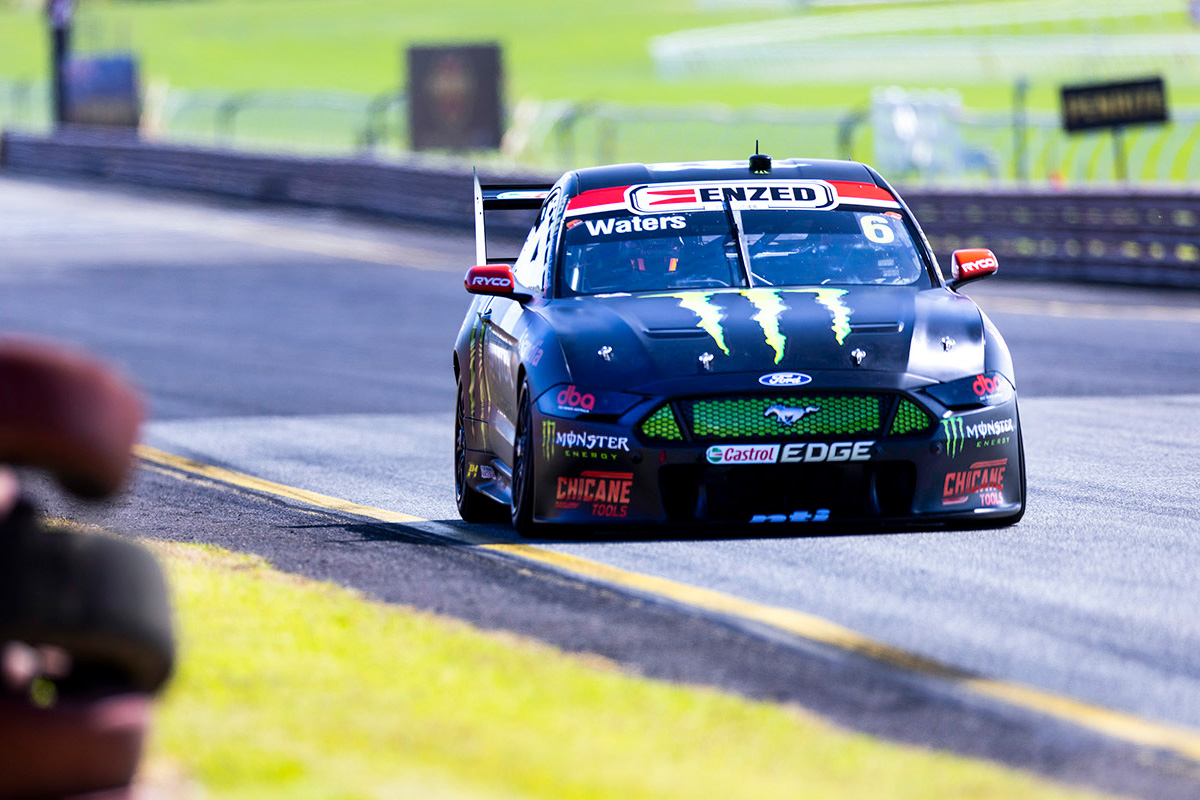 Waters is essentially the face of Ford in Supercars this year, having further established himself as Tickford Racing’s spearhead while champion rival Dick Johnson Racing finds its feet again after an off-season overhaul.

Waters is the only Ford driver in the championship’s top five after two rounds this year – and frankly, has been the only figure to look like threatening unbeaten leader Shane van Gisbergen’s win streak.

The Mildura product stormed to the first pole position of the season and has on merit led three of five races to date.

Pit strategy brought him unstuck once, van Gisbergen passed him on-track in his sensational 17th to first effort at Sandown, but most painfully, a power steering pump failure in Race 1 at Mount Panorama cost him dearly.

On that occasion, he was left to bring home the #6 Monster Energy Mustang in 20th, a net loss of 105 points in one brutal whack.

Nevertheless, a trio of second-place finishes has him still fourth in the standings, 170 points off the #97 Red Bull Ampol Racing driver.

It’s a continuation of the form he carried through the back half of last year, headlined by a maiden solo win at The Bend and a stellar drive to second in the Bathurst 1000. 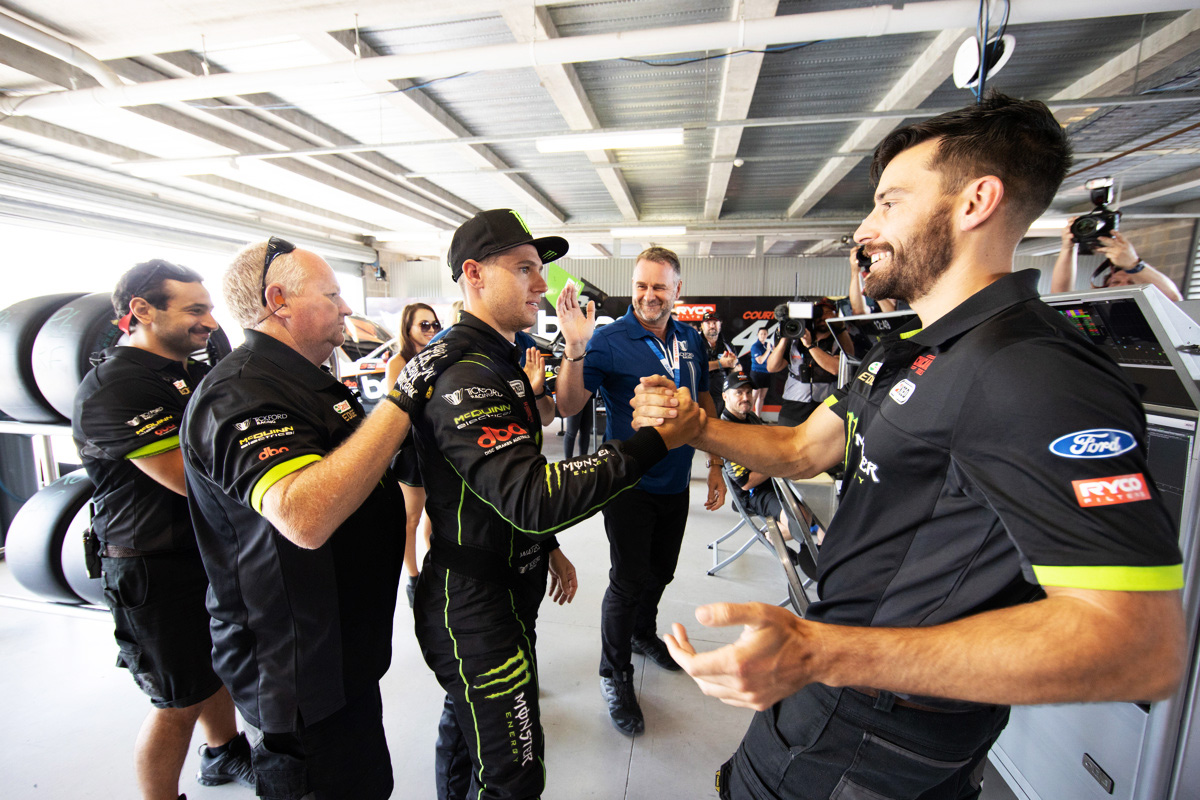 Crompton has seen enough to be certain Waters belongs in the top-tier of Australian motorsport talent.

“He’s doing super well and he’s now managed to evolve his craft into that last little tiny percentage bracket that gets you in amongst the elite,” Crompton told Speedcafe.com.

“It’s cool to see him doing other stuff like the sprintcars and broadening his racing horizon.

“He’s a quiet achiever at the moment so he is impressive.

“I hope that they can continue to be a pest. It’s a bit of a shame what happened on day one at Bathurst with the power steering, because he is going to have to play catch-up for a while now as a result of that.”

As for the pressure of carrying the Ford flag after years of Supercars success for the brand led by Scott McLaughlin, Crompton downplayed the situation.

“I would describe that as a retail pressure,” he said.

“That probably sort of comes from the fan base.

“Same with Chaz [Mostert] and everybody around them, because it’s more than a one-man band. They’ll be acutely aware.

“I don’t think there is any more or less pressure that applies in your golden patch which those blokes that we’ve just mentioned are all in; they know that day in, day out, and they’re determined to milk every last drop regardless.”

Round 3 of the Repco Supercars Championship will be held at Symmons Plains in northern Tasmania across April 17-18.