Development of Williams’ 2022 Formula 1 car will not be compromised by the current season, according to team boss Jost Capito.

Teams this year face a delicate balancing act as they look to develop their existing cars for the current season, while trying to move resources onto their 2022 projects.

New regulations make next season something of a reset, an opportunity for a shakeup of the pecking order.

Haas, with whom Williams is tipped to battle with for F1’s wooden spoon, is set to bring an update to the Emilia Romagna Grand Prix next time out, beyond which it will complete the year with an unchanged car.

Williams is taking a similar, if less drastic, approach.

“It is a transitional season, ’21, and we are really focusing on the ‘22 car,” explained Capito.

“We will fight through the season, we will push, we know where the car is and we will of course do further development but [only] what can be done without compromising the ’22 car.” 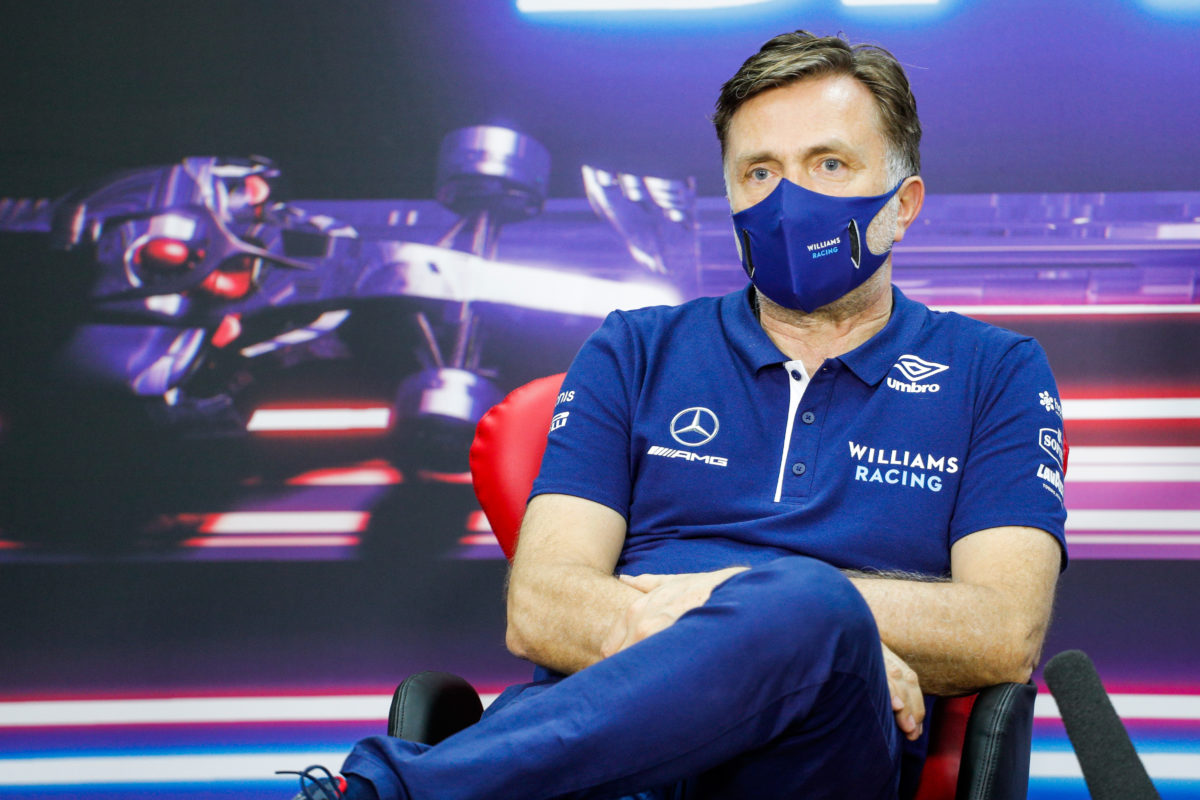 Williams’ current car, the FW43B, is an evolution of the FW43, which saw the team slump to the worst result in its history last season.

Neither George Russell nor Nicholas Latifi scored a point as the team languished at the foot of the constructors’ championship.

Russell has suggested that performance came as the team battled for survival throughout 2019, and into the first part of 2020 before being bought out.

Capito joined Williams at the start of the year, revealing he spent the first month of his tenure as CEO working from home.

“I worked from home because of the pandemic situation but what I found at Williams, I got a very warm welcome,” he said of his arrival.

“I think it’s a fantastic team, it’s a good team spirit, what Williams is known for and we try to keep that, and I found a lot of expertise as well.”

Williams was last year purchased by Dorilton Capital, with Capito coming in to replace team founder Frank Williams at the helm.

Supporting him is Simon Roberts as team principal, with Francois-Xavier Demaison set to join as technical director this week.