Lynton ‘can’t be any happier’ with B6Hr one-two

Lynton ‘can’t be any happier’ with B6Hr one-two 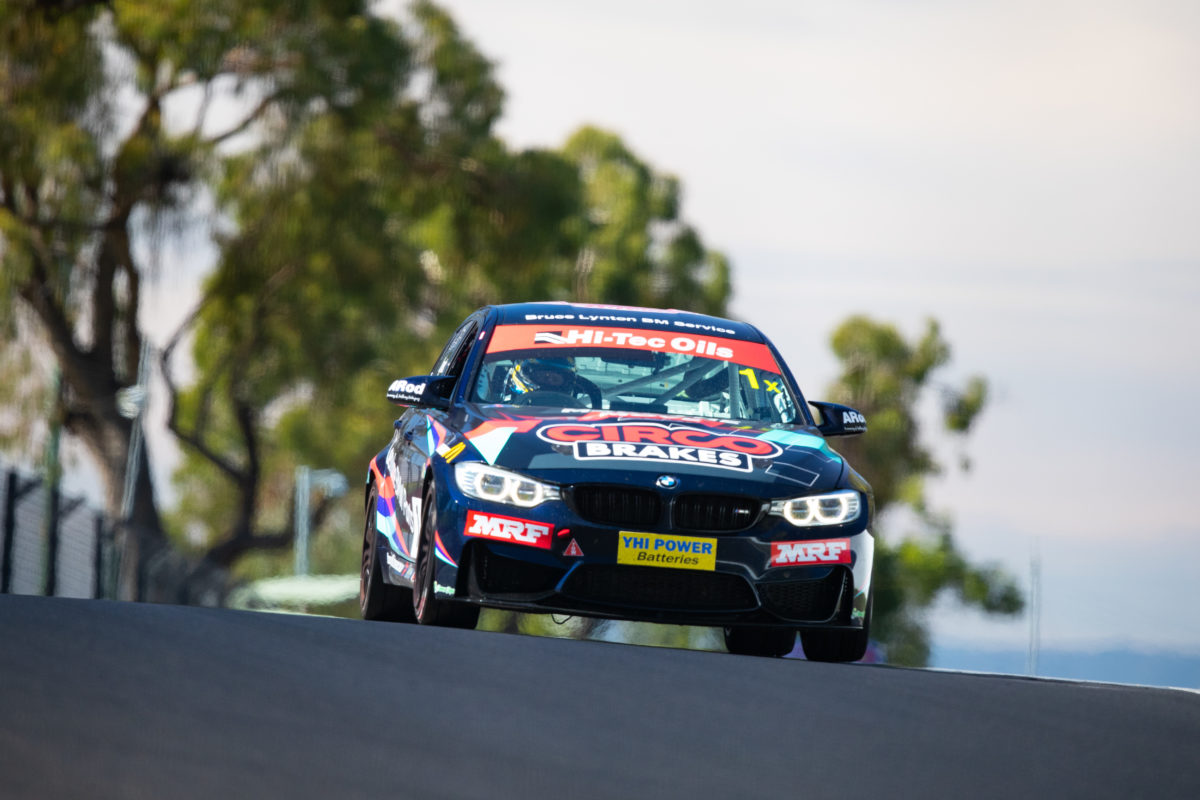 Beric Lynton “can’t be any happier” with a team one-two in the Bathurst 6 Hour after he and Tim Leahey personally were beaten only by the Shane van Gisbergen car.

The Bruce Lynton BM Service team also won the preceding Hi-Tec Oils Bathurst 6 Hour, in 2019, with Leahey and Lynton behind the wheel of the sole BMW it fielded.

They always faced a tough task to go back-to-back themselves, given the squad’s expanded, three-car line-up included van Gisbergen along with car owner Shane Smollen and Rob Rubis in an M4.

Furthermore, Sherrin Racing, which won in 2018 and finished second to Leahey/Lynton next time around, was bolstered by the arrival of David Russell alongside Grant Sherrin.

Russell looked a threat to Leahey in the latter stages of the 2021 race but ultimately finished third.

Given neither of the runners-up are professional race car drivers, although Leahey demonstrated the potential to be one in his younger years, Lynton is proud of the result.

“It’s great for those guys; it’s great now Giz has won all three ways that you can win,” Lynton told Speedcafe.com of Smollen, Rubis, and the man who has now completed the Bathurst ‘triple crown’.

“It’s great for my guys, especially Aaron [Reed, mechanic], who builds the cars; [it was a] massive effort that he put in to get the three cars here and going and the two of us, I don’t think, could have driven any better.

“I think, to be up against a car in front with a V8 driver [van Gisbergen] in it or a car behind with a co-driver/Carrera Cup driver [Russell] and then another V8 driver to be in the mix [Tim Slade] and for Tim to be holding his own, [when he] drives two times a year, you can’t be any happier, really.”

The Bruce Lynton team might have had its third car, that being the M3 which was driven by the Ellery trio of Steven, Dalton, and Tristan, in contention for a podium as well had it not struck a turbo problem.

There was, however, some regret about giving a Bathurst 1000 winner the platform to beat them in the 6 Hour.

“It’s the last time I invite some bloke along to drive that can drive, I tell you,” joked Lynton.

“It’s great for the team, obviously for our little business that builds them; one and two, you can’t get better than that.

“I mean, if the Ellerys had been up there… Unfortunately, they had an issue, but they got back to 17th [outright]. The cars were strong all weekend.

“I’m disappointed we didn’t win – we came here to win – but Tim gave it everything he could give in that last stint to stick with Giz, and I think he won by 14 seconds or something in the end and, with the five-second penalty, by nine seconds [officially 7.8557s after crossing the line 12.8557s ahead].

“A [late] Safety Car would have been joyous for us, but we didn’t get it.”

“But I feel, given who won and who I was racing for the last two hours, for me, it’s probably an OK job.

“I had the burner on me from Dave behind and on the burner from the front.

Lynton’s Safety Car comment was a reference to how perilous van Gisbergen’s advantage was, given Car #97 had a five-second penalty to be added to its race time at the finish.

There were playful suggestions that the Ellery car which had fallen behind might be used to come to the aid of that which had been driven by the team principal.

“I said, ‘I’m thinking about if I get Dalton just to stop, make the Safety Car come out, and then just drive off again,’” quipped Lynton.

The next major production car event is Round 1 of the MRF Tyres Australian Production Car Series at Sydney Motorsport Park on April 30-May 2.