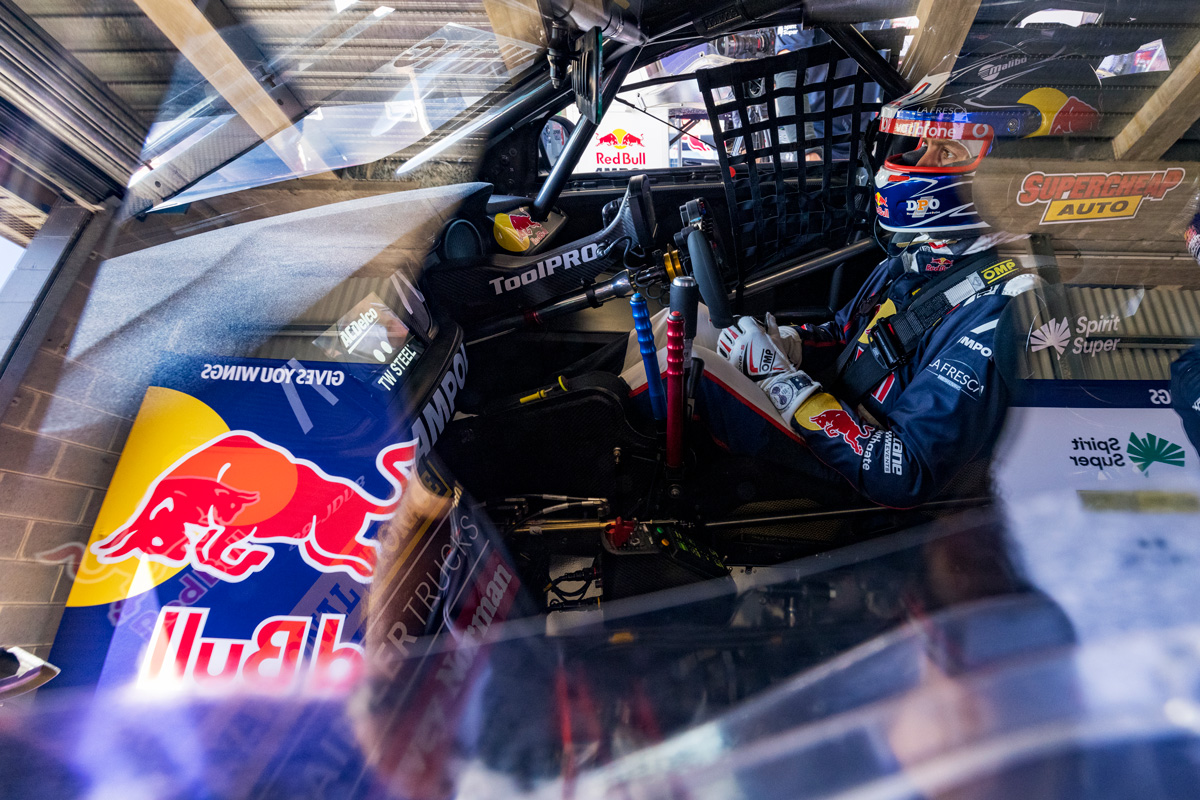 Retiring Supercars legend Jamie Whincup has declared there is still no rush for his Red Bull Ampol Racing team to lock in a replacement to drive the #88 next year.

Whincup is in the unique position of playing a critical role in the selection of his successor, given that he’ll switch from full-time driving to managing director/team principal duties in 2022.

Two months on from the announcement, there remains no obvious frontrunner for the coveted seat.

The team’s teen Super2 driver Broc Feeney is among those to have been at the centre of rumours but realistically just about anyone could be considered, noting that current boss Roland Dane observed his phone had been running hot from the moment the news broke.

Asked for a progress report on when a replacement might be confirmed – withstanding the team’s April Fool’s Day joke that Dane would take over driving the #88 – Whincup was relaxed.

“We don’t feel rushed at all,” he told Speedcafe.com.

“We feel like we’ll certainly wait until mid-season, just to see what arises.

“So nothing has really changed since the announcement that I’ll be hanging the helmet up at the end of the year full-time.

“We’ve got time, we’ll give it at least two or three months before we really start knuckling down on making a shortlist.”

As for whether the 38-year-old will continue in a co-driving capacity next season, Whincup made no secret of his intentions, should things fall into place.

“I’d love to still co-drive next year and on, but that is yet to be determined, so nothing has changed there,” he said.

That position is seemingly a step forward from the initial announcement in which the team simply said, “Jamie will evaluate co-driving in 2022 with Red Bull Ampol Racing.”

Despite being outshone by team-mate Shane van Gisbergen in the opening two rounds of the 2021 Repco Supercars Championship, Whincup holds second position in the standings and remains focused on a record eighth title.