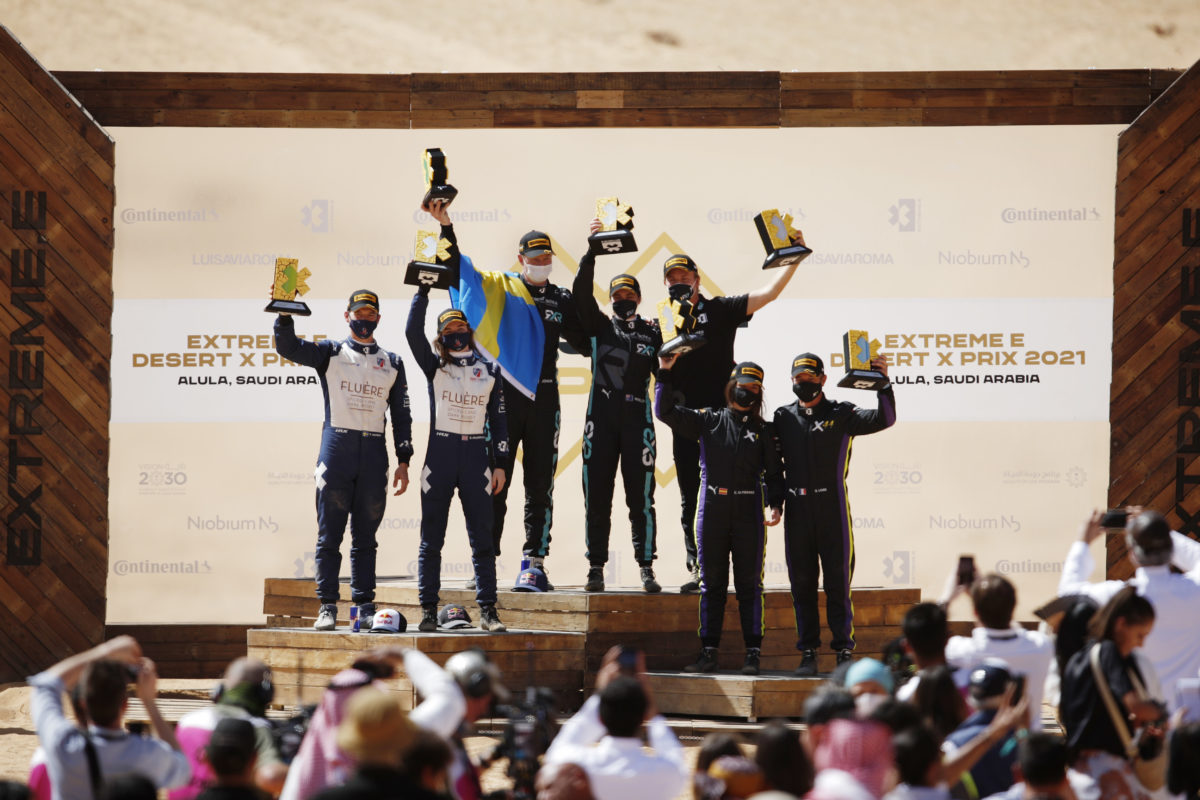 Molly Taylor and Johan Kristoffersson atop the Extreme X podium

The Rosberg X Racing duo saw off Andretti United and X44 in the final, winning by more than 20 seconds.

Sharing the car on the two-lap battle, Kristoffersson moved into the lead early, and went on to establish a 30-second advantage during his stint.

Taylor was then able to manage the gap to the flag, easing it home for a comfortable maiden win.

“It was the first time we had experienced terrain like that, and on every lap, the course was changing – there were so many different variables to deal with,” Taylor said.

“We just wanted to make the most of the little time we had in the car – every single kilometre.

“We had a small issue in the pit-lane during Qualifying, but aside from that we were the quickest in every session.

“Huge thanks to Johan – his opening laps were just insane – and the team has done such an incredible amount of work behind-the-scenes.”

Kristoffersson added: “Molly performed fantastically; it was her that made the difference in the first Qualifying session.

“When you’re in the lead, you need to strike the right balance between backing off too much and risking too much, which is a new learning experience in this situation.

“In the Semi-Final and especially the Final, I really didn’t want to be in the dust after seeing some of the on-boards!

“Those first 30 seconds of the race are what you are really working for, when the adrenaline is pumping the fastest – we’re all adrenaline junkies here, and that’s the feeling you really want.”

Earlier, the pair had won the Semi-Final when Kristoffersson again found his way into the lead to open a 13-second lead.

When Taylor got behind the wheel, that gap only increased to see them take the encounter by just under 30 seconds to confirm their place in the Final.

Taylor and Kristoffersson head the championship after the opening round with 35 points.

Round 2 of the Extreme E competition takes place in Senegal, the Ocean X Prix on May 29-30.