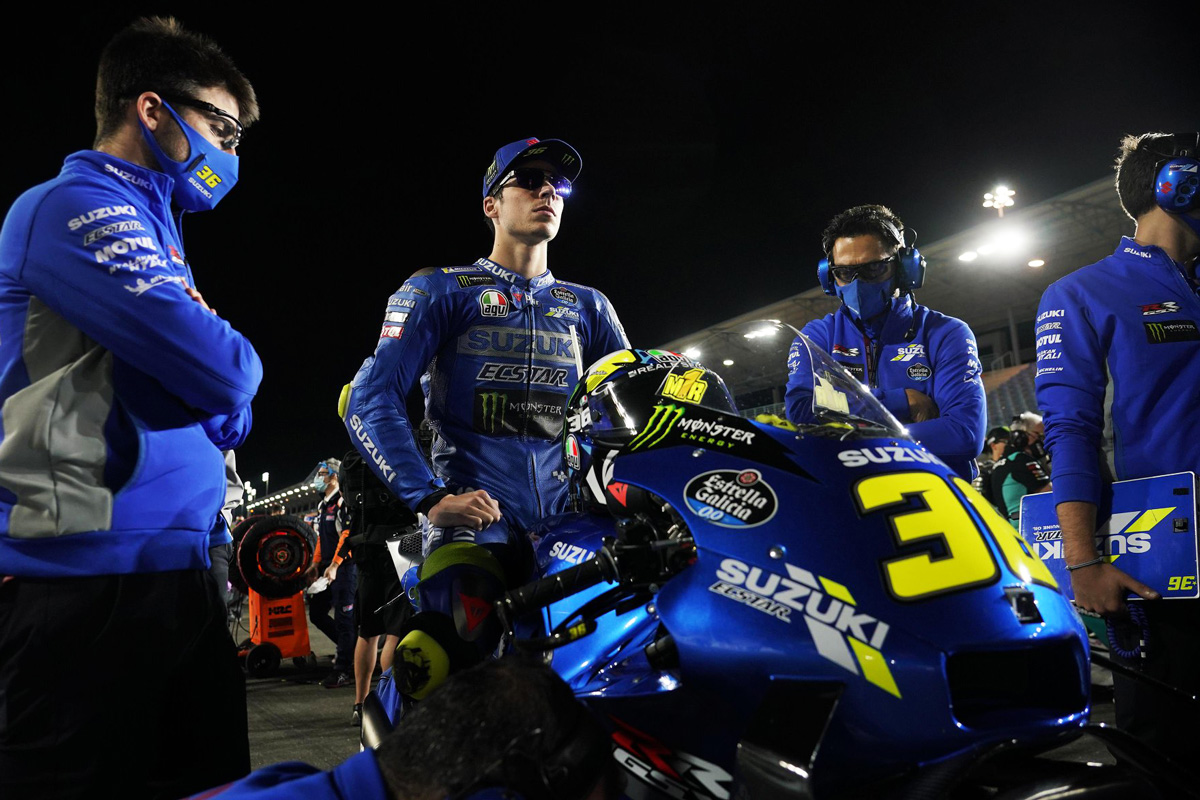 MotoGP champion Joan Mir has launched a tirade against Jack Miller following a prolonged heated exchange at the Grand Prix of Doha.

Mir and Miller were squabbling over fifth place in the second race of the 2021 season won by Fabio Quartararo when, on Lap 13, Mir dived down the inside of the Ducati Lenovo Team rider at Turn 10, with contact forcing the latter wide.

Miller came back at the Spaniard and contact occurred soon after on the main straight, resulting in both riders losing positions.

Miller gestured Mir as they continued up the straight, and there were further animated motions made by both parties on the warm-down lap.

Team Suzuki Ecstar rider Mir did not hold back post-race.

“I was wide in the last corner. When I came wide, I saw Jack. He moved his head like he saw me,” said Mir.

“I went to the kerb, on the outside of the line as much as I could. He just came across over me and we both touched.

“We almost crashed on the straight.

“It was super risky, super dangerous… I think it was intentional.”

Mir claimed Miller’s actions were “over the limit” and deserving of a penalty – although the stewards did decide to take no further action.

Mir finished seventh, with Miller two places adrift by the end in ninth.

“I understand it was a risky manoeuvre, but it was not over the limits. It was OK,” Mir added.

“I mean, I got hit I think three times already before,” said the Queenslander.

“So it seemed to be that was the way the race was going.”

The third round of the MotoGP world championship will take place at Portimao across April 16-18.