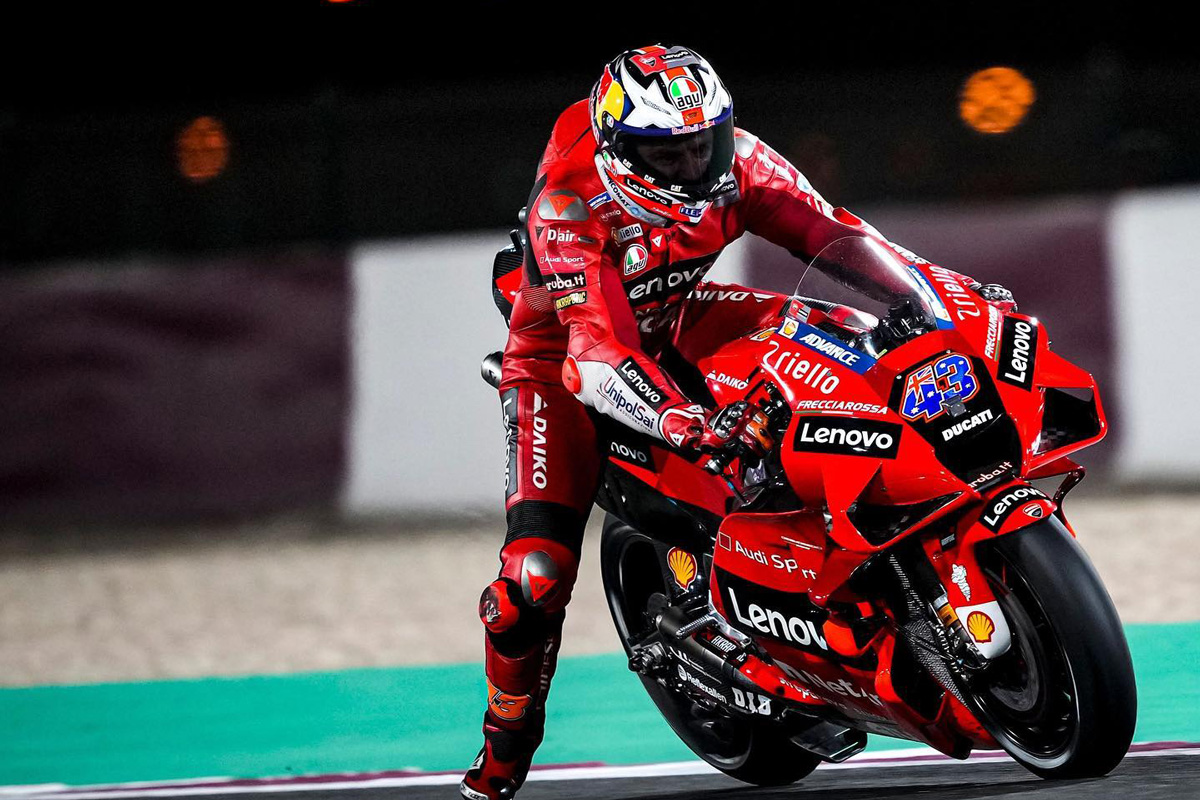 Jack Miller and his Ducati Lenovo Team are investigating surgery options to remedy a painful case of arm pump hindering the Australian.

The issue flared up on the 26-year-old’s right side during the closing laps at the Grand Prix of Doha, in which the MotoGP title hopeful finished ninth.

He had run inside the top five prior to a heated series of bumps with Joan Mir, following which the latter accused Miller of intentionally colliding with him.

Miller would have issues of his own later in the piece, albeit finishing just 5.365s behind winner Fabio Quartararo.

“Unfortunately, I started to suffer from arm pump in the last few laps, and I couldn’t ride as I wanted,” he said.

“In the next weeks, I will try to solve this problem to be competitive again starting already from Portimao”.

That resolution is set to come in the form of imminent surgery, Miller confirmed.

“Yeah, surgery, we’re looking into it now, trying to book in.

“See if we can get operated on as soon as possible and speed up the recovery time.

“It’s something I have suffered with sometimes at the beginning of a season, but with how compact this championship is, without having too many tests days and whatnot, we’ll try to get something booked in.”

On the race as a whole, Miller took some positives despite leaving Qatar with a couple of ninth-place results to start the season.

“Compared to last week, my feeling with the bike was much better, and I was sure I could fight for a good result,” he said.

“Although I lost a lot of ground after the contact with Mir, I quickly closed the gap with the riders at the front.”

Portugal hosts the next MotoGP round on April 16-18 at Algarve International Circuit.