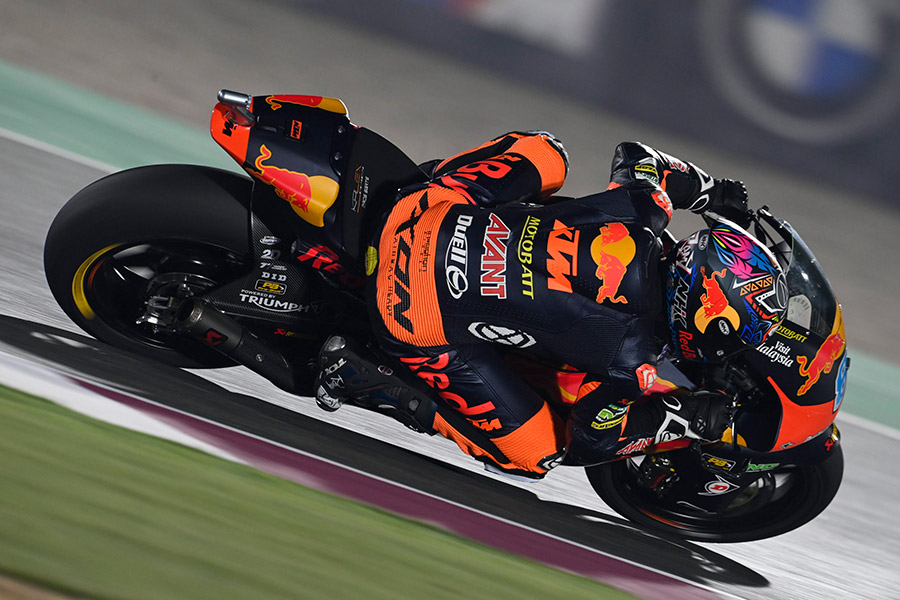 Remy Gardner has finished second in the Moto2 Grand Prix of Doha after a tense scrap with Sam Lowes.

The pair were locked together throughout, rarely more than a couple of tenths apart, with Lowes claiming his second win in as many weeks by just 0.190s.

Gardner was runner-up, for the second consecutive event, while Raul Fernandez fell away from the leaders in the closing stages to take his first Moto2 podium.

“I would have signed on paper to take these two results here in Qatar, it’s a great way to end the second race in the desert,” Gardner said.

“We nearly had the win today but fair play to Sam [Lowes], he was really strong and ran a really good pace all race.

“I tried on the last lap, but I just couldn’t pull it off.

“I’m happy, it’s good points and we are leaving with a good taste in our mouths, and we can head to Europe confident and satisfied with the work we have done in the opening two races.”

Starting second on the grid, a strong jump saw Gardner initially move into the lead, only to be swamped by Lowes, Marco Bezzecchi, and Fernandez to slip to fourth.

That quartet moved clear of the chasing pack, with the Australian moving his way forward to harry Lowes for the lead by mid-distance.

Fernandez too lost touch as the pace increased, both Lowes and Gardner setting their best laps on the final tour.

As close as they were, Gardner was never able to make a move for the lead.

His last ditch effort came at the final corner, but a wobble on exit hurt his drive and his British rival was able to power home for a second win in as many starts.

It made Lowes the first Brit since Mike Hailwood in 1966 to win the opening two intermediate class races of the season.

He now leads the championship with a perfect score of 50 points from the opening two grands prix, 10 points clear of Gardner in second.

Motorcycling’s world championships head to Portugal for their next round on April 16-18.