The inspiration for the Bathurst 6 Hour Mustangs explained

The inspiration for the Bathurst 6 Hour Mustangs explained 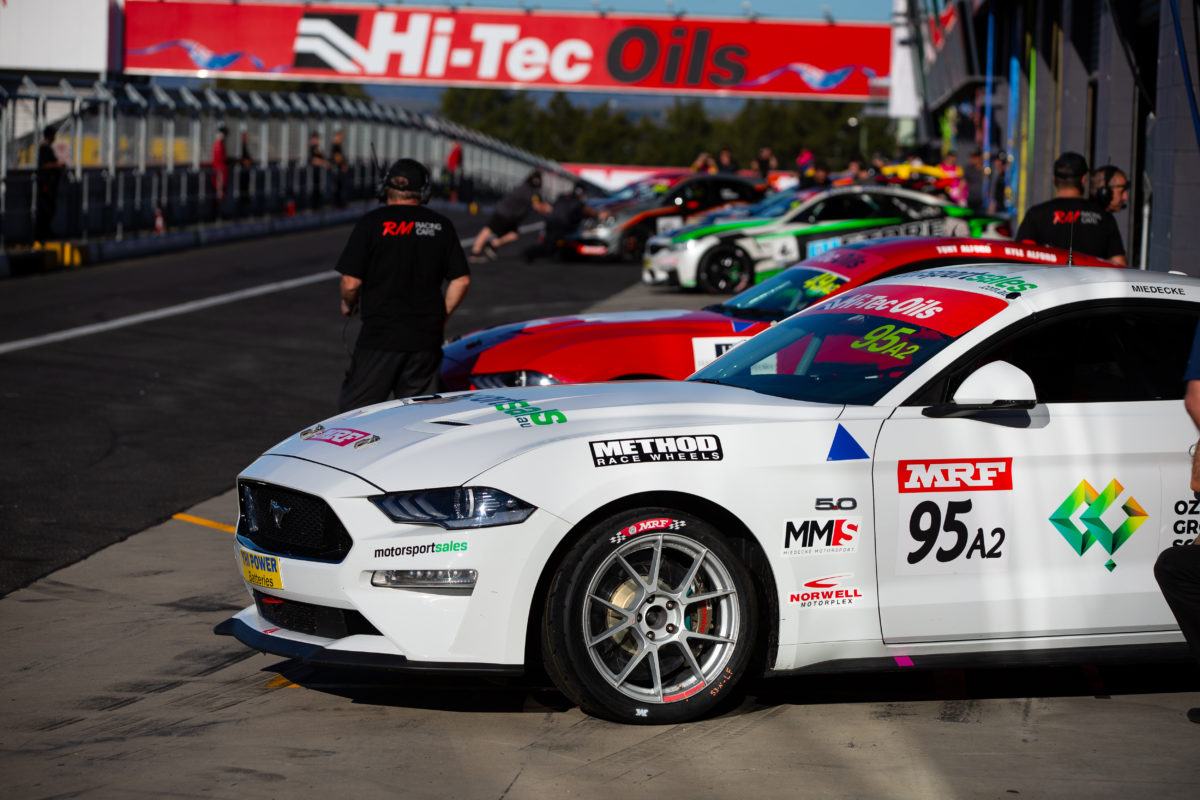 Ryan McLeod has explained why he chose to build the Ford Mustangs which are considered dark horses for today’s Hi-Tec Oils Bathurst 6 Hour.

The #95 Miedecke Motor Group Mustang will start from fifth this morning, the odd one out in what is otherwise a BMW M3/M4 sweep of the first three rows of the grid, thanks to the efforts of George Miedecke in qualifying.

While Bavarian products are unbeaten in the production car enduro’s short history, the most recent winners make the American muscle car to be a threat of outright victory due to certain balance of performance measures.

McLeod is the man behind the MARC Cars, a business he sold last year, and is also responsible for the build of two others the same as Miedecke’s (FN designation), plus the slightly older Coleby Cowham car (FM designation).

He says that the traits of the Ford hero car and the ruleset made it a natural choice.

“I had a road car one and I thought that it had a lot of good characteristics and we obviously had good experience with the motor from doing the MARC Car programme,” the boss of Ryan McLeod Racing Cars told Speedcafe.com.

“Then when the regulations came out, [it became known that] you’re allowed to delete a lot of the electronics and replace them with more suitable components, and that’s when we decided that Mustang was the car.

“It’s sort of a car that’s built to be modified a bit, there’s a lot of that that goes on, a lot of track day stuff; and it’s got a lot of appeal.

“So, we went back into our customer base and we got three customers to sort of do the pilot programme with, and that’s what we built.” 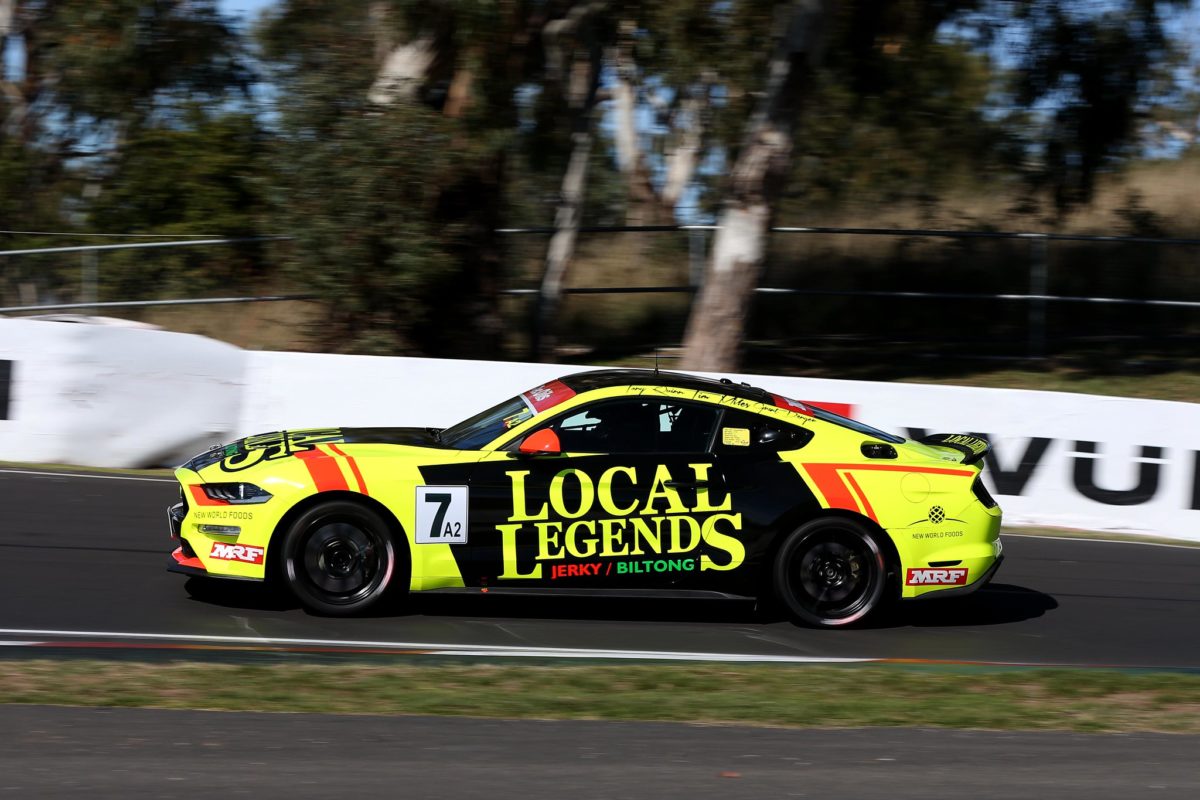 Being entered in Class A2, the Mustangs need only make four compulsory pit stops today while the M3s and M4s, as Class X cars, must undertake six, and are also limited to 1.45 bar of turbo boost this year.

That amounts to an effective headstart of just over a lap, given the 90-second minimum CPS time (pit entry line to pit exit line), and is said by BMW competitors to make the pony cars contenders.

McLeod is not quite as sure about that, but is confident in the reliability of the cars which he has put together.

“Whether they’re going to be outright fast enough, I don’t know, but certainly over a championship, they’re a contender,” he declared.

“In a six-hour race, I’d like to think so, because they’ve got less things that can be unknown problems; we’re in control of all the parts of the car, basically.

“I think it’ll be a good race and the BMWs have had it their way for a fair period of time,” he added.

“Mustangs are fast, people like them, they’re appealing, we do big skids out of the pit box in them…

“They’re cool cars, and I think, particularly the three new cars – four cars if you include Coleby’s – they’re probably the most developed and the most extended production car builds in the country, ever.

“Every aspect of the rules that allows freedoms, we’ve utilised, which is completely legal, so that’s just what we’ve done.”

Nevertheless, the BMWs have the raw speed advantage and deserve to be in a higher class, according to McLeod.

Miedecke’s qualifying time, a 2:28.0292s in the car which he shares with Brodie Kostecki and Paul Morris, was just over 2.5s away from that which earned Shane van Gisbergen pole position.

How exactly the race could play out depends on more than just outright pace, however, with fuel economy, tyre life, and mechanical sympathy all coming into consideration. “We’re a five-litre car, you’ve got to remember, [and] we’re not a turbo,” noted McLeod.

“If you do the capacity equivalents on the BMW, the normal Motorsport Australia one, then they’ve got a bigger capacity engine than us, so they should be in a different class.

“Whether or not, moving forward, they put us in a different class, we’re in the class which we think we should be in, which is high horsepower, rear-wheel drive.

“Certainly, as a road car, the Mustang isn’t a competitor for the M3 – any of the road reports will show you that – so I think that we’re in the right class.

“But maybe we’ve just done a better job of prepping the car and made it more suitable for the event. That’s the theory; whether or not it pans out like that, I don’t know.

“Is it two pit stops different? I didn’t write the rules. Certainly, when we built them, we didn’t know that there’d be a two pit stop difference.”