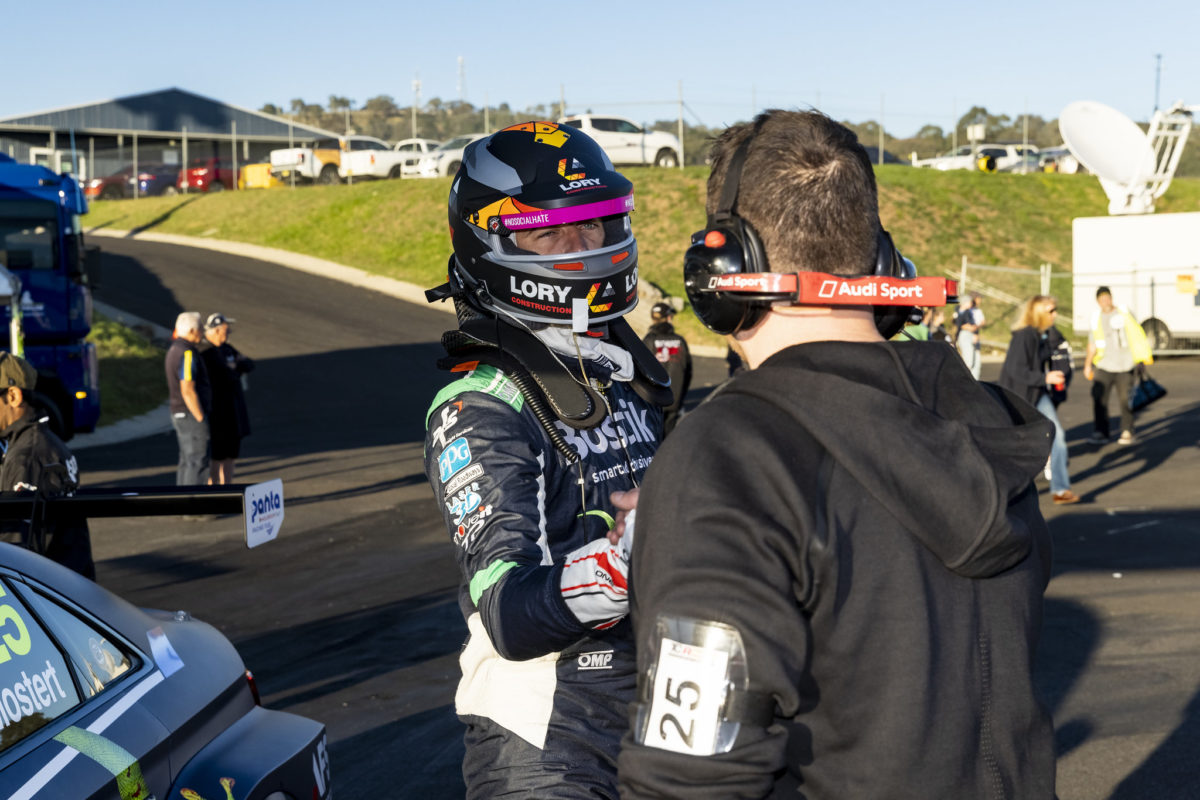 Chaz Mostert has moved to a commanding lead in the Supercheap Auto TCR Australia Series with a sweep of Round 3 at Bathurst.

Just as he did in Races 1 and 2, the Audi driver fell behind Aaron Cameron at the start but passed the youngster midway through.

Lee Holdsworth, who had been nearest to Mostert in the standings before Race 3, did not make it past Lap 1 due to a mechanical drama for his Alfa Romeo and has dropped to fifth in the series.

For the third time in as many races, Cameron used his Peugeot’s launch control to good effect and got the jump on the field from second position on the grid.

Mostert was next for the run to Hell Corner, ahead of Jordan Cox (Alfa Romeo), Garth Tander (Audi), and John Martin (Honda).

Holdsworth slotted into eighth for the drag along Mountain Straight in a Giulietta which had been fitted with a new turbo overnight, but quickly found smoke billowing from Car #10.

With the Ashley Seward Motorsport driver coming to a halt at McPhillamy Park, the Safety Car was called for the first time in TCR this weekend, before a restart occurred on Lap 5.

Precious little green flag running was had that time either, however, due to an issue at Hell Corner.

Tony D’Alberto and his Honda had become beached against the tyre wall, although replays were inconclusive as to whether or not there had been contact with Michael Clemente (Honda) on his inside.

The second restart was called in time for Lap 7 and while Cameron skipped several tenths clear, Mostert quickly pegged him back and went down the inside at Hell Corner on Lap 8.

Cox managed to wipe out a deficit of as much as 1.6s to the top two to be attacking Cameron on the ninth and final lap, but fell just 0.0242s shy at the finish line.

Ben Bargwanna got home in 17th after a huge moment at The Chase on Lap 7, when he slid his Peugeot into the infield and back across the track through a gap in the train of cars while running eighth.

D’Alberto dragged a wounded Wall Racing entry to the finish in 21st, one lap off the pace.

Round 4 takes place at Sydney Motorsport Park on April 30-May 2, as part of the Shannons Motorsport Australia Championships programme.

CLICK HERE to watch the Supercheap Auto Highlights of Race 3