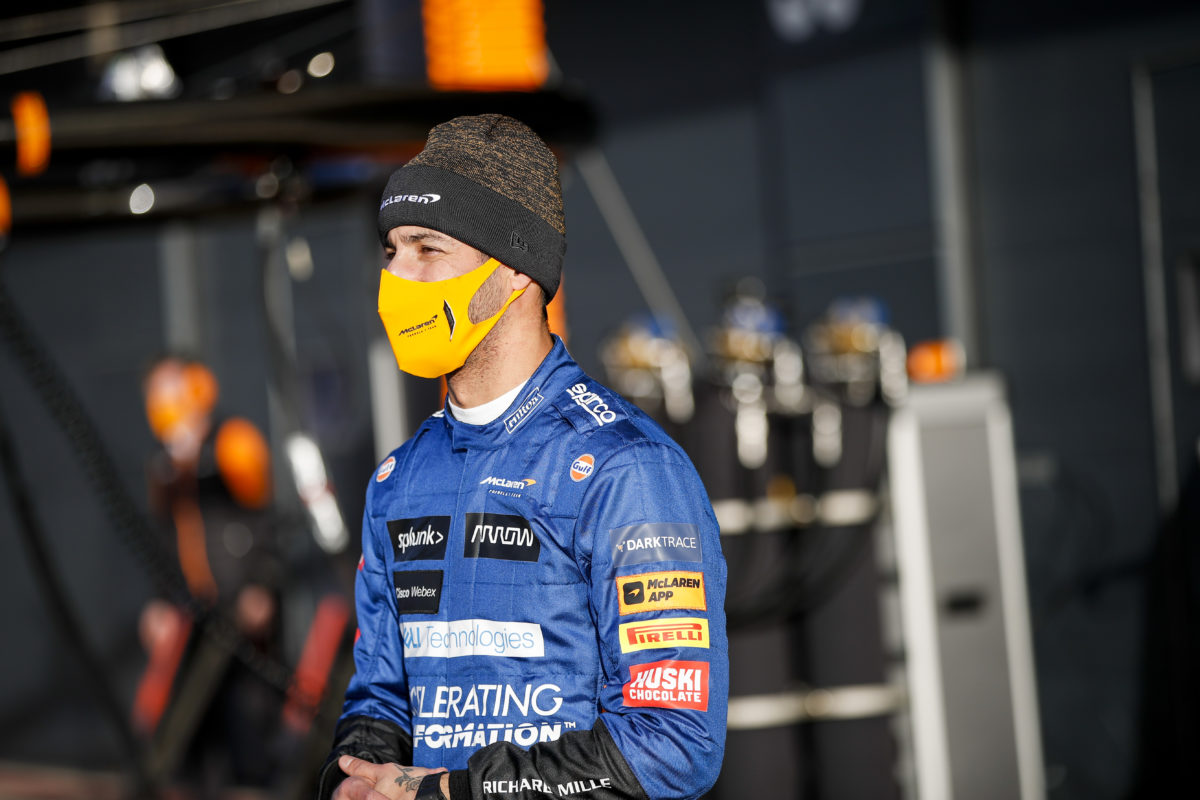 Daniel Ricciardo has said he feels better following his first race with McLaren than he did at the same time during his stint with Renault.

Ricciardo finished seventh in the Bahrain Grand Prix, a race blighted by damage to the floor sustained on the opening lap.

The Australian is still encouraged by the showing, and his own position within the team.

“With Renault two years ago, [Bahrain] was Race 2 and I was leaving pretty, pretty down,” he told Sky Sports.

“It did take time and I certainly feel much better right now.

“I feel like there’s, for sure, still things to learn, but I’m certainly much closer to where I need to be.”

Ricciardo trailed team-mate Lando Norris during a promising pre-season test, and throughout the three practice sessions for the Bahrain Grand Prix.

He then qualified ahead of the Brit, only to lose out on the opening lap after a wheel-to-wheel battle.

“That was good fun,” Ricciardo recounted.

“I think he was about just half a car in front when the Safety Car came out, so he obviously got got me there.” Ricciardo’s race was compromised when Pierre Gasly contacted the rear of his car exiting Turn 4.

It left the AlphaTauri with a broken front wing, while the damaged floor rendered Ricciardo unable to match Norris for pace for the remainder of the race.

McLaren still manged to leave the opening event with a double points finish, and sits third in the constructors’ championship behind Mercedes and Red Bull.

The championship now moves to Imola for the Emilia Romagna Grand Prix, an event at which Ricciardo predicts the MCL35M will go strongly.

“We seem decent in the high speed, and I guess that that flowing nature [of Imola], like here, [Turns] 6 and 7 were pretty good.

“So I would guess Imola’s going to be better for us,” he added.

“I really enjoyed last year. I love that track.

“I’m looking forward to that one. I’ll do some homework before then, and come back and do better.”

The Emilia Romagna Grand Prix runs over the April 16-18 weekend.