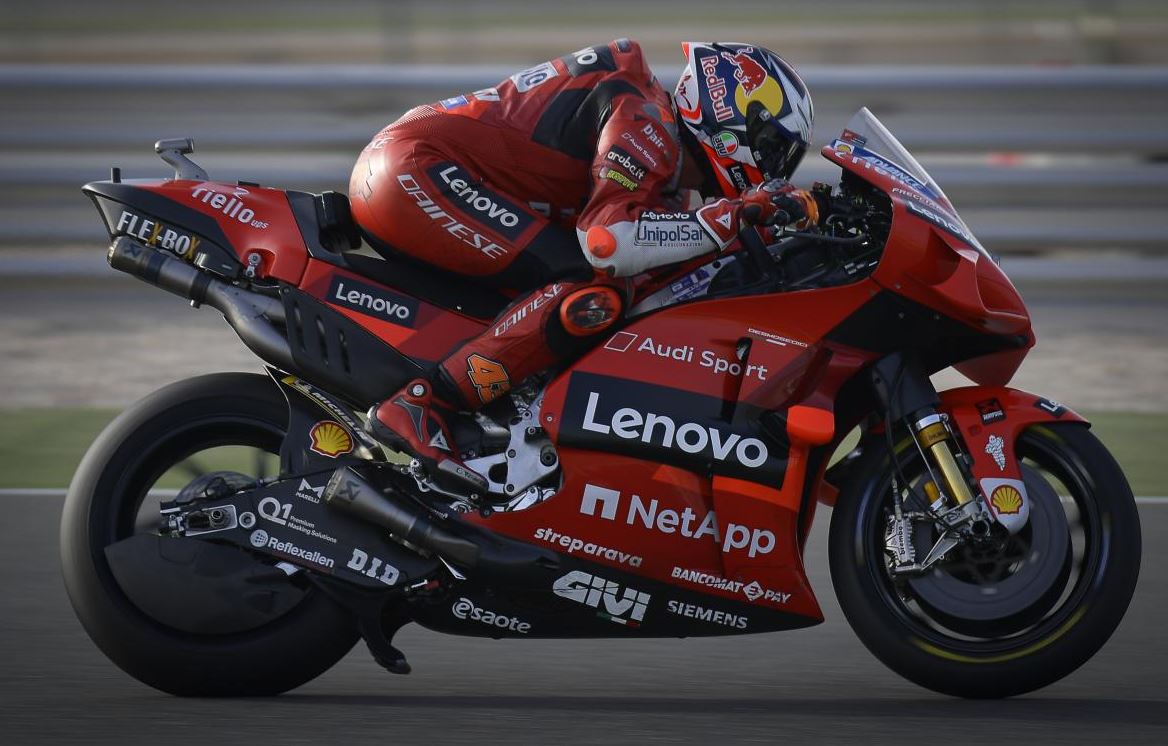 Jack Miller admitted he expected to lose the lap time that saw him fastest in MotoGP’s second practice session for the Grand Prix of Doha.

The Australian recorded the fastest time of the hit-out, earning him automatic progression into Q2 tomorrow.

However, a fall for Takaaki Nakagami at Turn 7 while Miller was on his hot lap threatened to derail his efforts.

The Ducati rider had been trailing Nakagami as he tumbled but decided to carry on with his hot lap regardless of the potential for the time to be cancelled out.

“I checked the sector coming out of T6, and as soon as I came out of six and looked at the sector [time], when I looked up I saw the dust,” said Miller.

“He [Nakagami] was still rolling at that point.

“I thought the lap would be cancelled,” he admitted.

“I was directly on him and had no chance to slow down.

“I pushed [on with] another lap anyway; I did another one that was enough to keep me in the Q2.

“I just wasn’t sure. I’ve been excluded like that before, so I didn’t want that to happen again.”

Francesco Bagnaia and Johann Zarco were second and third fastest respectively, while Jorge Martin’s appearance in fifth made it four of the Italian marque’s bikes in the top five.

The sole interloper was Yamaha’s Fabio Quartararo, 0.438s away from the fastest time.

Miller’s run to top spot was not entirely smooth sailing, with a wobble that almost resulted in a highside during the session at Turn 14.

“It is one of those things when you’re pushing – better a moment than a crash,” he explained.

“Everybody keeps asking if I hit myself, but I didn’t, the family jewels are safe and sound!”

MotoGP is next on track at 23:15 AEDT for FP3, ahead of a fourth practice and qualifying from early Sunday morning.