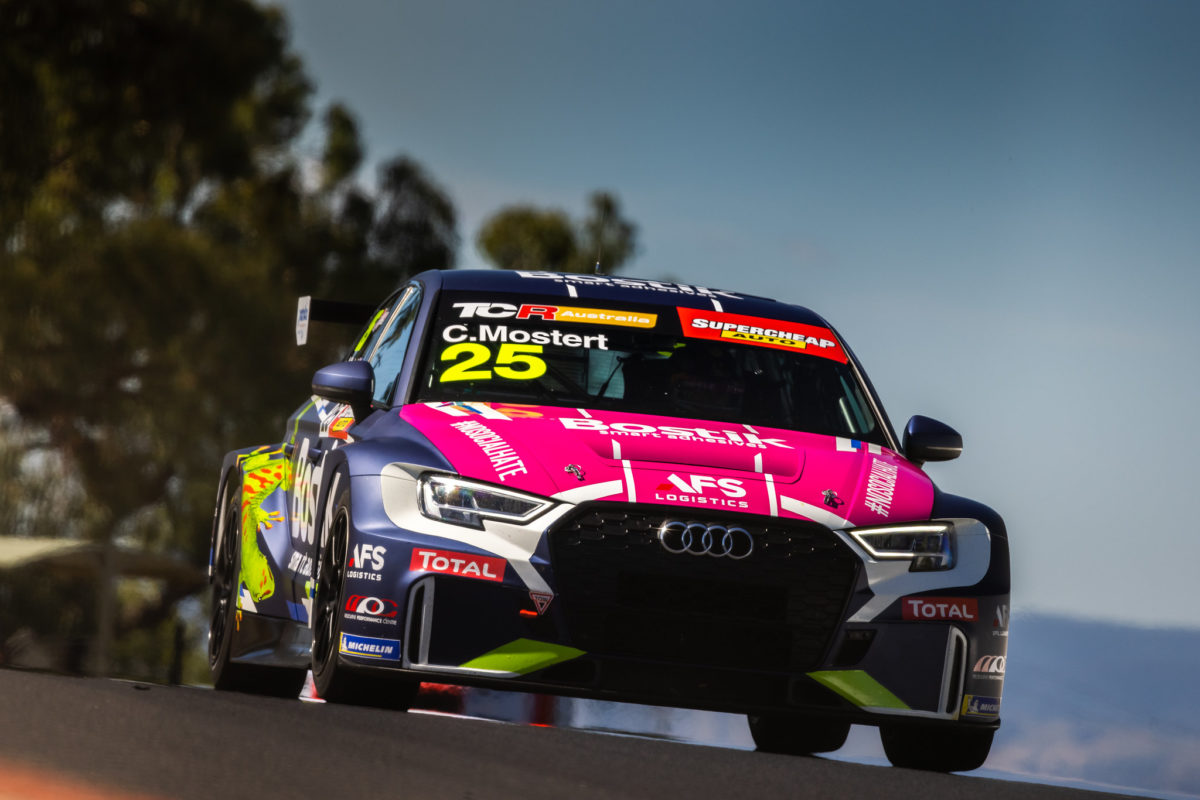 Chaz Mostert has bagged a second straight pole position in the Supercheap Auto TCR Australia Series as Qualifying at Mount Panorama was cut short due to a red flag.

What was to have been a single, 25-minute session to decide the starting grid for Race 1 of Round 3 ended up being 15 minutes only due to Jordan Cox apparently coming to grief in Sector 3 of the circuit.

Mostert was effectively quickest all the way in his #25 Bostik Audi although, with cool conditions in Bathurst and less time than expected to get up to speed, the fastest lap was only a 2:16.0769s in the end.

Peugeot driver Aaron Cameron denied the Melbourne Performance Centre squad a front row lockout by getting in a 2:17.0310s just before the red flag came, with the session not restarting.

As such, Garth Tander, in the #75 Audi RS 3, is due to start from third and Jay Hanson (Alfa Romeo) will likely go from fourth on the grid.

Cox (Alfa Romeo) had been fourth-fastest at the time of the stoppage, but the Round 1 winner is set to lose his fastest lap time due to causing the red flag.

That also means that Row 3 will be Brad Shiels (Hyundai) and practice fast man Lee Holdsworth (Alfa Romeo), who had just brought his first run to an end when it became apparent that he might not get another crack at pole.

The latter was more than six seconds off the pace but still faster than Mostert had gone on his second lap, with times dropping rapidly as tyres came up.

Nevertheless, the field did not get a proper chance to match or beat the high-15 which Holdsworth set a day prior due to the loss of the latter 10 minutes of proceedings.