Holdsworth outlines why a TCR is so challenging at Bathurst

Holdsworth outlines why a TCR is so challenging at Bathurst 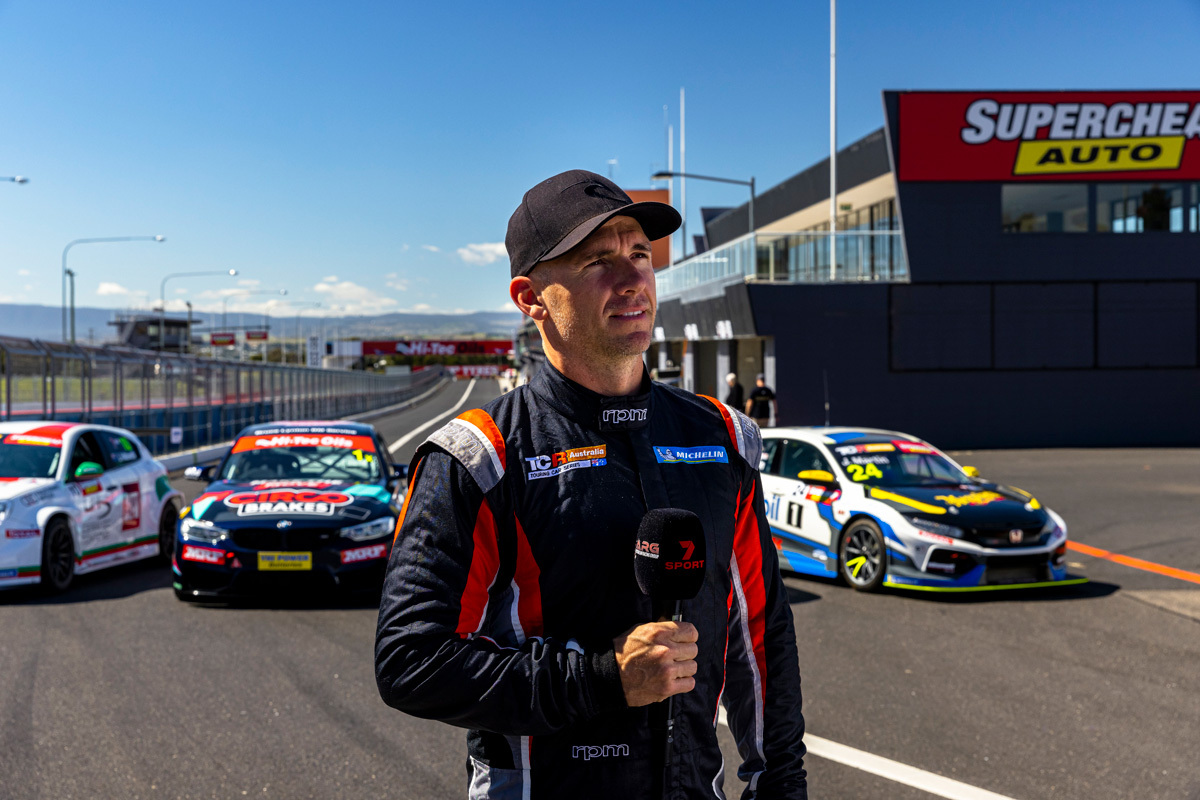 Practice pace-setter Lee Holdsworth has outlined why driving a TCR car around Mount Panorama is just so challenging.

The Alfa Romeo driver set a 2:15.8092s in Practice 2 for Round 3 of the Supercheap Auto TCR Australia Series, beating Chaz Mostert to Friday bragging rights by just under two tenths of a second.

Earlier in the day, Holdsworth was the subject of an onboard lap released by the series’ media unit, which showed just how loose his Giulietta was during a session in which he was third-quickest.

That hit-out was held in cool conditions and, being early into the Hi-Tec Oils Bathurst 6 Hour event, the track was still quite ‘green’.

Nevertheless, the footage is demonstrative of the front-wheel drive hatchbacks’ innate characteristics, according to Holdsworth, a Supercars full-timer until this year.

“It’s a trait of these cars,” the Ashley Seward Motorsport driver told Speedcafe.com.

“They’re very loose on entry until you jump on the throttle and it all tidies itself up, but with the way this track is, you want to have confidence on entry and I certainly didn’t have that [in the] morning.

“But we tuned the car up, and I’m sure the track has come to us a little bit as well, and I gained a lot of confidence in the car and was able to push a bit harder and I wasn’t having those big moments [in Practice 2].

“But they’re a very difficult car to get your head around, it’s a massive balancing act, and you can’t drive them like a Supercar. It’s a completely different style.”

Holdsworth, who has 17 Bathurst 1000 starts to his name so far, affirmed that the TCR cars are particularly difficult across the top of Mount Panorama.

They are, however, also somewhat similar to the high-downforce GT3 cars which he has driven in the Bathurst 12 Hour, if for vastly different reasons.

“If you’re not having big moments, you’re not pushing hard enough,” he declared.

“[In Practice 1] I was wondering how the hell we’re going to go quick over the top because the rear was just so loose.

“But in Practice 2, I gained a heap of confidence in the car, started carrying the speed across the top, and started getting to the point where I felt like that was as much as I could get out of it.

“The rear’s skating, even when you’re hard on the throttle, the rear’s just hanging on, so they can bite you quickly as well.

“They’re a bit GT-like, where if you do jump off the throttle halfway into the corner because you’ve cornered too quick on entry, you’ll lose the rear very quickly.

“They’ll snap on you very quick but they do recover quite well when you jump back on the throttle. That’s the difference; it pulls the rear back around.

“In a rear-wheel drive, if you jump back on the throttle while you’re sideways, you’re just going to keep going.”

It also moves him within a second of Rickard Rydell’s pole time for the 1998 Bathurst 1000 for Super Tourers, a 2:14.9265s, which Wall Racing team owner David Wall suggested could be within reach before the 6 Hour weekend kicked off.

With this morning’s Qualifying session kicking off at 07:40 local time/AEDT, when the weather is likely to be somewhat frigid again, Holdsworth is unsure whether the time which seems to be on offer can be unlocked in such conditions.

“It’s really hard to say because the track [yesterday] morning, in cold conditions, was really different to when it was in full sun,” he recounted.

“The track is obviously gripping up with all these cars going around. It could be super quick in the morning or it could play with your balance quite a lot.

“We haven’t run greens [tyres] yet, so there’s more time in it than what I did, but how much, I’m not willing to guess on it.”

Qualifying will be followed later in the day by the first two of three races this weekend.